Predicting where the automotive industry will go in the future is a tricky business, and one that the FIA has to stay on top of to safeguard production-based motorsport’s continued existence at a professional level.

The World Rally Championship is included in that, with direct manufacturer participation in all of its classes and factory entries in the new-for-2022 hybrid Rally1 class at the top. And so it is part of the job for the FIA’s new rally director Andrew Wheatley to be able to build a picture of what those manufacturers and their road-going rivals are doing away from rallying to inform the future decisions the sport’s governing body, regulators and promoters have to make.

Rally1 is set to remain as the WRC’s top class in its current form until at least the end of 2024, possibly 2026, and just like with World Rally Cars (the main formula of the world championship from 1997 to 2021) there will be evolutions in the years beyond that to better optimise rallying’s top class technically but also keep it road-relevant.

“At the moment we’re still in the process of working with all the stakeholders,” Wheatley said of Rally1’s long-term future in a recent chat with DirtFish.

“One of the first jobs that I’ve got in the championship and in the role that I’ve got at the moment is consolidating [2022’s big changes in off-road motorsport]. But the first thing, my role is to sit there and listen to everybody, and that’s what I’m doing at the moment.

“We’re working, planning with the promoter to go to talk to all the stakeholders, and that’s the manufacturers, the organisers, the promoters, the spectators, the media, the competitors, everybody who is involved, and to listen to everybody in order to understand what we think is the new generation or direction that automotive is going to go.

“I don’t think anybody can actually tell us right now what automotive is going to look like in six to 10 years, and what we’re looking at at the moment is absorbing all that information, recovering all that information, and from that I think a plan will emerge. And from that we will sit down as the FIA, with the promoters, and work out what the schedule’s going to be.

“One thing that’s for sure is the Rally1 cars are not going to be dramatically different as we go forward. 70-80% of the work what’s been done now, we’ll carry over into the next evolution and probably the next evolution.” 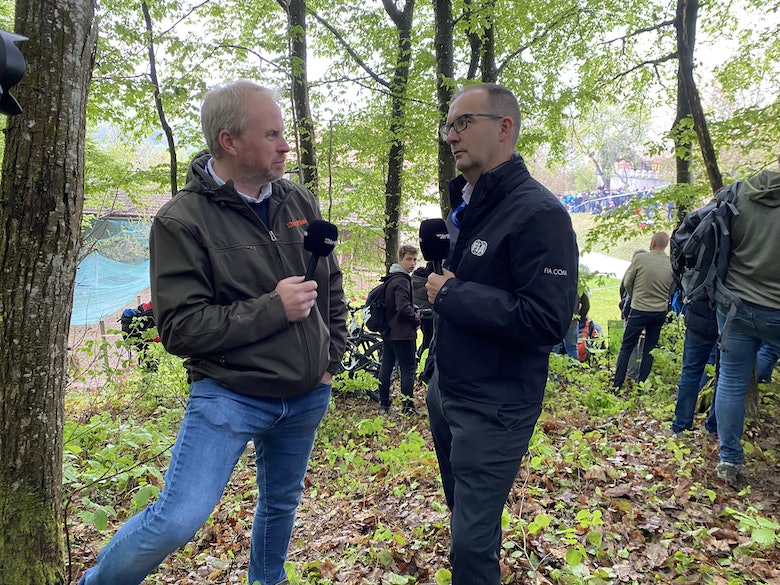 The electric motor technology and the compositing technology being used by the WRC’s current and potential future manufacturers for their road fleets, most of which are being fully electrified, could go through a radical jump in the next few years thanks to research and development in those areas. But Wheatley doesn’t want to pressure, in his position as the FIA’s rally director, manufacturers into applying those developments in competition blindly at the expense of the considerable work that’s already taken place.

“The work that’s been done by the manufacturers in the last 18 months, two years is huge. Genuinely, there is very little of this current generation of cars that carries over from the previous WRC cars, and we’re not going to just upside down and say ‘right, everything stops’. These are here for the next evolution.”

And will anyone new be joining the party in entering the WRC with their own hybrid rally car in the future?

“We are trying to talk to absolutely everybody, because as I said the problem that we’ve got is that automotive doesn’t have a clearly fixed plan. And we need to get as much data and as much feedback from everybody. That’s the really interesting thing at the moment, to understand how we can find a plan or a route or a vision through this next five to eight years.”

Is Ogier vs Loeb an unnecessary distraction?