Breen’s new co-driver – who is believed to be identified in the coming days – is due to step into the M-Sport Ford Puma Rally1 for the season finale in Japan in order to gain valuable experience of working with Breen, before a full season alongside him in 2023.

But the question is, who should that co-driver be?

Our team of writers have given their thoughts, but who do you think should join Breen? Let us know in the comments box below:

Paul Nagle has decided to step away at a time that suits him, and rightfully so, but weirdly it could also be the perfect time for Craig Breen too.

Currently in a state of confusion, unsure how to pull himself clear from his current trough of form, perhaps a change in the co-drivers’ seat is exactly the sort of reset he needs. After all, we’ve seen it work for umpteen drivers in the past – including his team-mate Gus Greensmith.

Breen has worked closely with Louis Louka and countryman John Rowan, while James Fulton’s is another name in the rumor mill, but Sebastian Marshall is the one I’d be calling first.

Breen and Marshall aren’t total strangers. They did the Monza Rally Show together back in 2013 and spent 2014 in the same Peugeot team in the European Rally Championship. Having some sort of base to work from can’t ever be a disadvantage.

But what also makes Marshall so appealing is not only his experience – 64 WRC starts and five podiums alongside the likes of Hayden Paddon, Kris Meeke and Oliver Solberg – but the fact he’s available too. He does currently have some TV commitments with WRC Promoter on rounds of the WRC and ERC, working as a stage-end reporter and commentator, but he hasn’t co-driven in over a year now so is completely unattached to any driver or competitive commitment.

Marshall’s a calming presence too; a character who should be well equipped to get the best out of and compliment Breen. And not that it would be fair to question the desire of more successful co-drivers, but Marshall has never won a round of the WRC either, let alone the title, so the shared goal and commitment to win will be just as strong on both sides of the car.

If Marshall can’t do it, sounding out Keaton Williams would be wise too…

Williams is, to an extent, unproven as his call up to co-drive for Takamoto Katsuta last year only lasted one round (and it ended with them crashing out violently) as personal family matters forced him to travel home from Acropolis Rally recce and cede his seat to Aaron Johnston.

But it’s very obvious that Williams is more than up to the task of co-driving in the WRC.

The job he’s done alongside Brandon Semenuk in the American Rally Association this year has been superb – and the difference he’s made obvious. His approach is rigorous and confidence in himself befitting of someone so determined to succeed.

There were some who questioned Williams’ decision to walk away from a factory WRC drive last September – which I personally find rather astonishing – given he’d finally got what his career had been building up towards.

Emotional factors like this won’t come into Breen’s decision making given all he needs is the best co-driver possible and somebody he can gel with in and out of the car, but if he brings Williams in it would be ultimate vindication for a young man who sacrificed it all for something that was far more important if he could make his way back anyway.

I bumped into Keaton at a British Rally Championship round back in July and naturally got talking about his season in America and where his future may lie. His response? Feelers were being put out there, but the market wouldn’t begin moving for a month or two yet.

We know Breen and Nagle first started discussing Nagle’s departure in June… it wouldn’t be a massive leap to suggest the dialogue has been flowing between Breen and Williams, would it?

Yes, I know, Patterson is retired. Would he take the job? Doubtful – he’s already temporarily unretired once to help Gus Greensmith’s development. Would he really do it again? But hear me out on this one.

Next season is make-or-break for Breen’s entire career. It’s year two of a two-year deal at M-Sport. Next year is the second chance – and probably the last chance – to remain a professional rally driver. This is no time to leave anything on the table. In 2023, everything has to be absolutely perfect. No stone can be left unturned, the smallest of margins must be maximized.

Whoever sets foot in that Ford Puma alongside Breen next season needs to be a turnkey solution. It can’t be someone who needs to adapt or get used to a new environment or reading the notes at a speed faster than they’ve ever done before.

Patterson is as experienced as they come. He’s seen it all in a career that began way back in 1989. And he knows M-Sport inside out; he might have been out of the cockpit this season but he’s still part of Greensmith’s team, having been his co-driver last year before Jonas Andersson took the job permanently.

This is, admittedly, a stop-gap solution. Patterson, if he could somehow be convinced to sit in a Puma hurtling through forests and over jumps, would surely only do the one season. And the search for a navigator would start over a year from now.

But in a season that will decide whether he even has a seat in the WRC in 2024 or not, having one of the most experienced co-drivers in rally history in the other seat gives Breen one less thing to worry about.

Who should replace Paul Nagle? Simple. Nobody.

Paul Nagle should replace Paul Nagle. Yes, he’s 44. And? That’s just not old enough for a co-driver of his standing to retire.

Look at Denis Giraudet – he’s 22 years older than you, Paul. What are you thinking? I know, I know, Giraudet has stepped back from full-time professional competition. But just 10 years ago (when he was 56) he was still very much at the WRC’s coalface with Evgeny Novikov in a factory Ford Fiesta RS WRC.

Or have a look at the guy who finished sixth at Rally New Zealand on Sunday. John Kennard’s 63 and still hitting it as hard as ever. Kennard’s WRC career started in a Toyota Starlet at the 1985 1000 Lakes. And today, 37 years on, he and Hayden Paddon have just been crowned New Zealand champions for the sixth time. 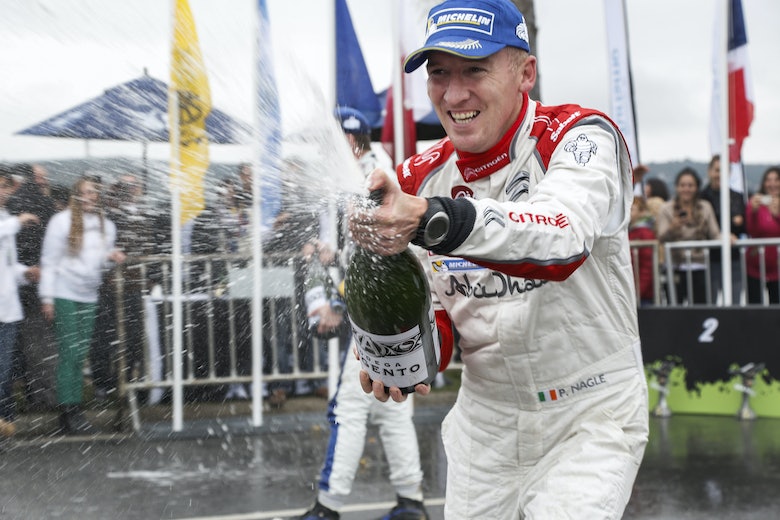 OK, I’m being a little bit flippant here, but I do believe Nagle’s stopping too soon. Co-driving is a very different game to driving, it’s so, so much about experience and understanding this great sport of ours. Paul has a wealth of knowledge to call on and you just can’t buy that.

I’m also being a touch selfish here. Paul’s a great mate and a real piece of home (in terms of the British and Irish Lions, obviously) when we’re in one of planet earth’s further flung corners.

It’s been an honor to be at every one of Paul’s WRC victories and great milestone moments in his career. He’ll be sorely missed.

It’s not too late, Pauly…

Making sense of Hyundai’s Solberg split – and what comes next