Earlier that same day, the Estonian had been confirmed as a Toyota driver for 2018. M-Sport managing director Malcolm Wilson and I were mulling over the previous six years. The highs, the lows, the good times and the bad.

MW smiled the smile he deploys when he’s confident. When he knows something.

Five years on – almost to the day – and the foundations were being laid for that return. Was it some sort of prophecy from Wilson?

Nothing of the sort. It was common sense. Some partnerships are made for more than the moment. The Wilson-Tänak-M-Sport-Ford axis was always a story with another chapter. That time is now.

I’m enormously fortunate to have lived Tänak’s time at M-Sport. I remember being with Markko Märtin when he was first talking about this ‘fast young kid’ he knew. Very well aware that Märtin’s not a man to throw compliments about without good reason, Wilson was interested.

Tänak’s outrageous speed in one of those hefty Pirelli Star Driver Mitsubishi Lancer Evo Xs was one of the talking points of the 2010 season, so it came as no surprise to see M-Sport stepping in and stepping up to return the Estonian flag to the side of one of its cars for the first time since Märtin himself had successfully graced the grounds of Dovenby Hall seven years earlier.

Tänak and Wilson are good for each other. Their relationship has been hewn from adversity as much as from triumph.

Two conversations stand out from Rally New Zealand a decade ago. Told to bring the car home, Ott had launched the Ford Fiesta RS WRC among the silver ferns. MW went ballistic.

“What am I going to do with him?” he asked, as we stood on the side of the viaduct basin in Auckland. Hoofing him into the Hauraki Gulf seemed like a very real possibility at that moment.

Märtin wasn’t on the event, but returned my call from his home in Europe with a straightforward question: “What the f*** has he done now?”

People will talk a lot about the time that made the man and point towards 2014 onwards, when he was back and building towards a brighter time with M-Sport. A time which would culminate in a pair of 2017 victories and that move north from Cumbria to Jyväskylä.

For me, 2013 was a time which helped Tänak decide what he wanted. Everything was pared back. He didn’t trouble the WRC and, instead, stayed at home and played in a Group N Subaru run by his own OT Racing.

Through that time, Tänak asked himself plenty of searching questions about what he really wanted and how hard he was prepared to work for it. On one hand, OT Racing was building nicely, he was running cars and finally making some money from rallying. The last season had taken its toll on Tänak too. Anybody who’s been on the receiving end of an MW roasting knows what a telling off is all about. Ott was well acquainted with those moments.

Did he want it? Did he need all of this?

Tentatively, discussions were opened with Wilson once more. Ott, he was told, had changed. And he had.

Now 26, there was more maturity about him. A season in the real world had taught him plenty.

Wilson and Märtin pulled together to make 2014 happen. Immediately there was more consistency and seventh on the season-ending Rally GB was enough to convince Wilson to put him back in the factory team alongside Elfyn Evans in 2015. That was a year which did neither driver any favors: Evans was dropped to a British and WRC2 campaign for 2016, while Tänak was given a DMACK car.

Through that 2016 season, it’s fair to say Tänak had returned himself to the last chance saloon. He drank up and departed as an even stronger person and competitor.

And 2017 launched a career path that led directly to the 2019 world championship title.

“Ott was the driver I probably invested the most in,” said Wilson, “that’s in time, effort and resource.”

“Oh, it was emotional at times,” smiled Wilson as he reflected on two wins and a quite stunning 2017 season for his team.

I’ve watched the greats come and go from M-Sport. The McRaes, Sainzs, Grönholms, Hirvonens and Latvalas have all been and gone. There was genuine emotion from them all, especially the latter two Finns.

They were part of the furniture at Dovenby.

But when Tänak left the building, there was genuine reflection. It’s not often you see a tear in the eye of Ott, but there was definitely one or two at the end of that farewell bash.

But he went, as Tänak told DirtFish in yesterday’s story, with the blessing of MW. How did Ott put it? “He told me to see the world.” 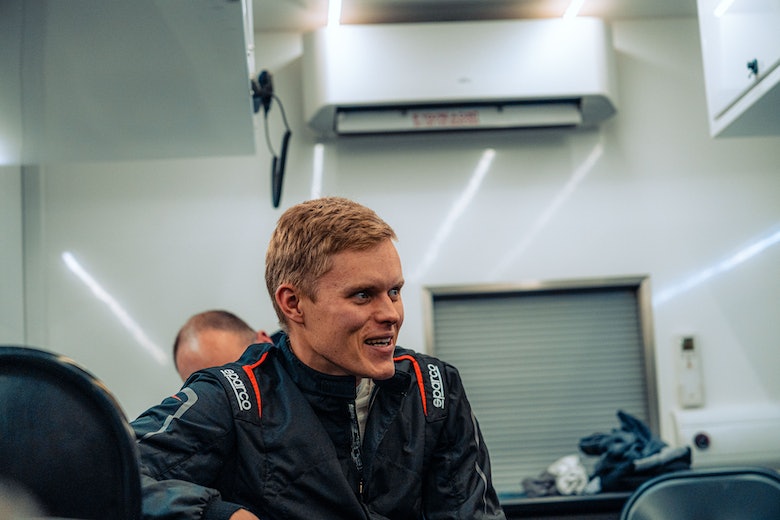 Why Tänak's moved to M-Sport - in his own words

That’s the advice of a benevolent father opening his wallet and encouraging a pre-university upwards and outwards on their gap year. The point being, they’re always expected back to the nest.

And last month, he landed back into the nest. The flight from Tallinn to Manchester touched down, Tänak turned a page and headed north to the woods in search of a Puma.

Talking to Wilson and Tänak after the test, the energy’s all there.

The enthusiasm and dynamism was the same as the conversation I had with Malcolm just hours after Sébastien Ogier stepped out of a Ford Fiesta WRC for the first time in December, 2016.

The excitement and anticipation is immense. One of the things I admire most about MW is that the passion never dims. He is, once more, like a child staring at the stars on Christmas Eve.

And thanks to his move, his endeavour and his commercial ability, we can all look to those stars with similarly expectant eyes. Let’s face it, these guys have brought the 2023 season to life.

No disrespect to Craig Breen and what he achieved at M-Sport, but an inbound Ott Tänak is a slightly different prospect. As a world champion, the Estonian commands respect. When he walks into a room, you know he’s there. It was the same with Colin or Carlos.

And in just the same way, Tänak can say everything and he can say nothing with just the look on his face. Wilson and team principal Richard Millener are well aware of this. They know what Tänak’s about, they share his ambition and his desire for success – and they know they’re going to have to prepare the team for something of a whirlwind. Ott pushes himself to the limit and expects the same commitment from everybody in the same shirt.

There will be fireworks in the months to come, but there will also be plenty of fame and fortune. Tänak remains one of, if not the, fastest driver in the championship and M-Sport’s Ford Puma Rally1 was arguably born the best of the current generation of cars – and it flies to Monte Carlo next month with improvements and upgrades. The Puma will be primed.

Can he win round one?

As I mentioned, I’ve seen plenty of these stories come along and, for me, the excitement is always the same.

I’ve been working closely on this one for the last two months, badgering Wilson, Millener and Tänak and following every twist and every turn of the negotiations.

Now it’s done, this one feels right because it is right.

Congratulations to the team and more pertinently to Malcolm and to Ott. They’ve come full circle and now have the chance to reap the full reward of that investment of time, effort and emotion.

And the rest of us? We’re along to enjoy the ride.