Snoqualmie, WA, June 13, 2019 – DirtFish Motorsports driver, Fraser “Frazz” McConnell, landed on top of the podium during round 2 at the 2019 Americas Rallycross (ARX) ARX2 season-opener at the Mid-Ohio Sports Car Course. The victory was the ideal conclusion to a weekend full of Qualifying and Semifinal wins for McConnell, winning six out of the ten total races between Saturday and Sunday.

Not only was McConnell able to bring home a race win for DirtFish, but he also walked away from the weekend leading the overall championship by three points over his competitors, Sage Karam and Alex Keyes. 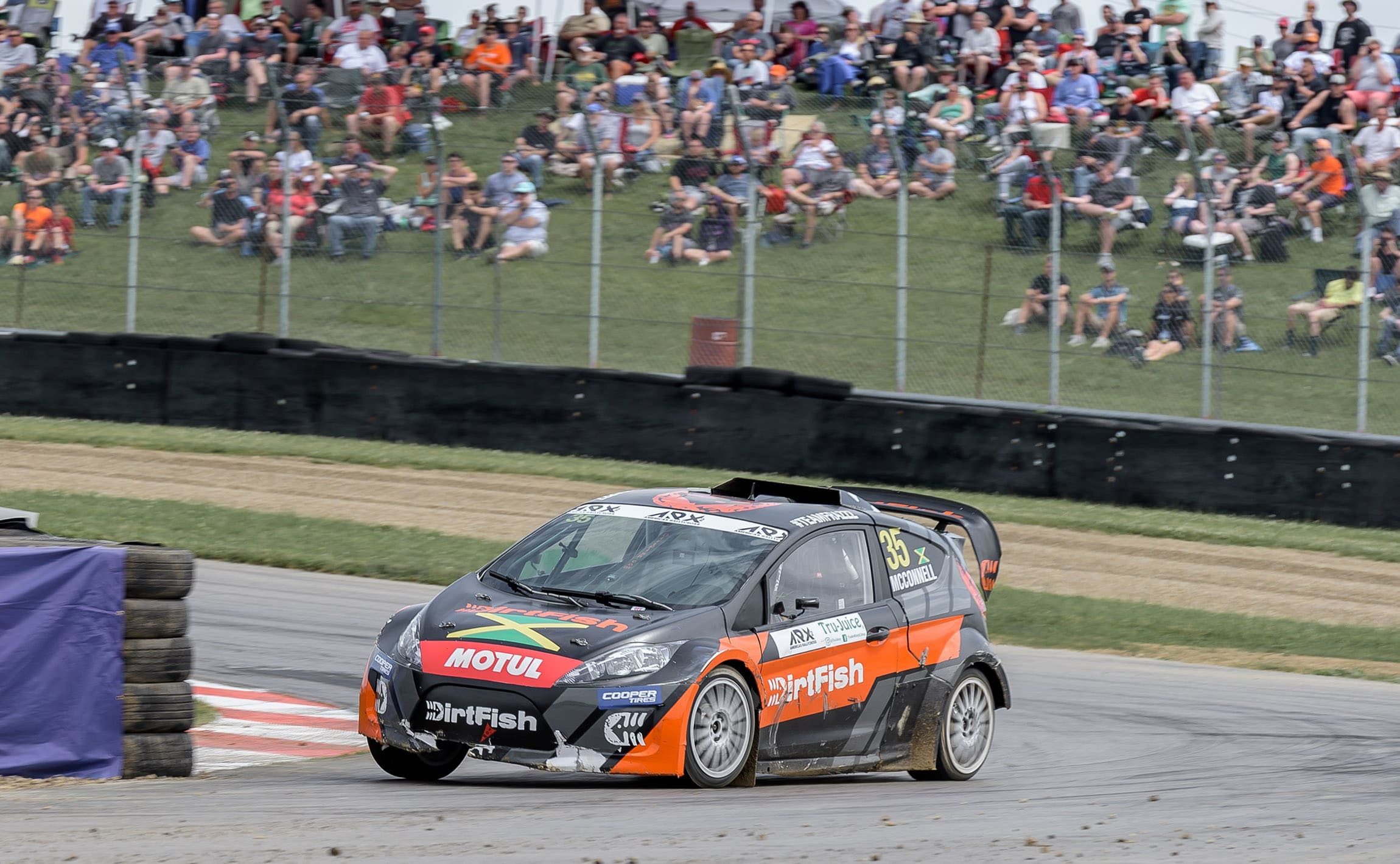 “I think it’s very fitting that I got my first rallycross win with DirtFish! They are the ones who introduced me to rallycross in the first place and gave me the opportunity to get into the sport. I couldn’t be happier to get my first win with them!” said McConnell. He goes on to say, “The car felt amazing, and the technical support from the OMSE crew who made the car as quick as they could allowed me to drive it as quick as I could. I’m happy to bring back the win for DirtFish and come away from the weekend leading the championship. We’re evaluating our involvement for the rest of the season, but for now, I’m still on a high from getting that win!”

For the race at Mid-Ohio, DirtFish teamed up with one of the most respected names in rallycross, Olsberg MSE, to manage McConnell’s car throughout the weekend. Having the expertise and knowledge of their technicians was hugely beneficial and key to his success.

“Fraser’s performance at Mid-Ohio this weekend proved what we all at DirtFish knew from our 2018 ARX2 campaign – he’s fast, he can win and he will be a champion,” said DirtFish Owner, Steve Rimmer. He goes on to say, “We are working hard to put together the support for Fraser to campaign the rest of the 2019 ARX2 season. To ensure continuity in Fraser’s 2019 racing commitments, which include a number of RX2 rounds in Europe, we teamed with OMSE (with whom he races in RX2) for the Mid-Ohio rounds and I was delighted to see how well our two teams worked together to produce the desired result.”

The DirtFish Motorsports rallycross team’s success didn’t stop there. On day 1, rookie driver Brad DeBerti proved himself by showing that he has what it takes to be competitive with the top drivers in the series. His near-perfect starts, car control, and ability to avoid contact with other drivers paid off with a third-place finish!

“My first weekend competing in Americas Rallycross exceeded all of my expectations,” said DeBerti. He goes on to say, “I was thrilled with my third place finish on Saturday! Even though the race on Sunday did not go as well as we had hoped, it was great to see Fraser get his first win. I’m honored to be involved with such a competitive race team.” 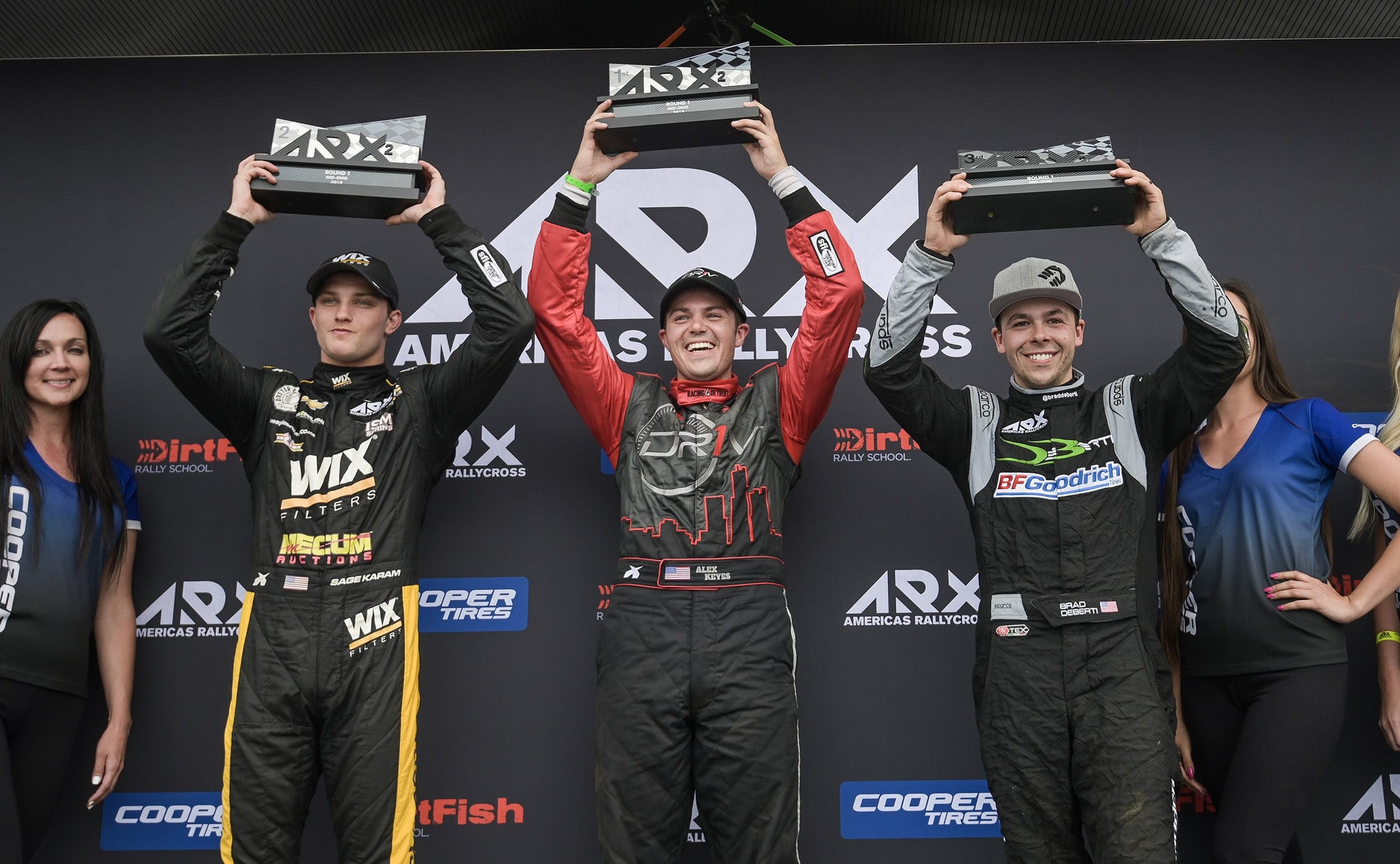 DirtFish Owner, Steve Rimmer had this to say about DeBerti: “I cannot say enough good things about Brad – his commitment, talent, and potential were evident to us from his first training visit to DirtFish and were ably displayed last weekend. I am sure we will see more of him in the future of rally cross.”

The next round on the calendar for Americas Rallycross will take place at Gateway Motorsports Park in Madison, Illinois on July 13th and 14th. Get your tickets at https://www.arxrallycross.com/arx-schedule/2019/gateway

DirtFish Motorsports is a developmental driver program competing in the Americas Rallycross ARX2 series, FIA World Rallycross, and stage rally in the United States and Canada. DirtFish Motorsports strives to develop well-rounded drivers and providing a team culture which fosters growth and development. Cross-discipline training develops skill, confidence, and huge rewards in the racing world. A professional racer is more than a driver behind the wheel, and as such our program touches on developing the complete athlete package in all aspects of racing including driving fast, health and fitness, personal presentation, business and finance, as well as understanding the power and presentation of social media. 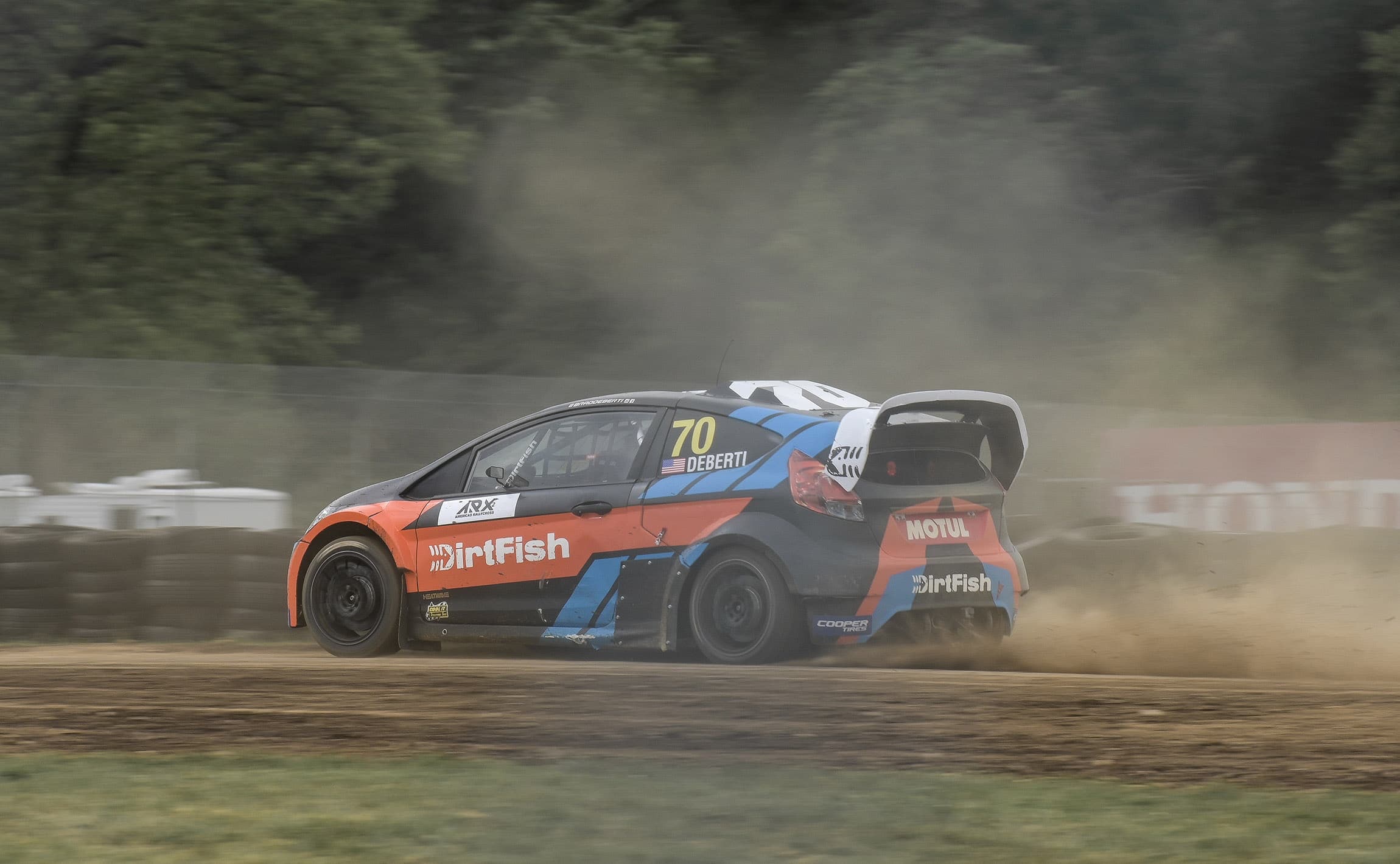 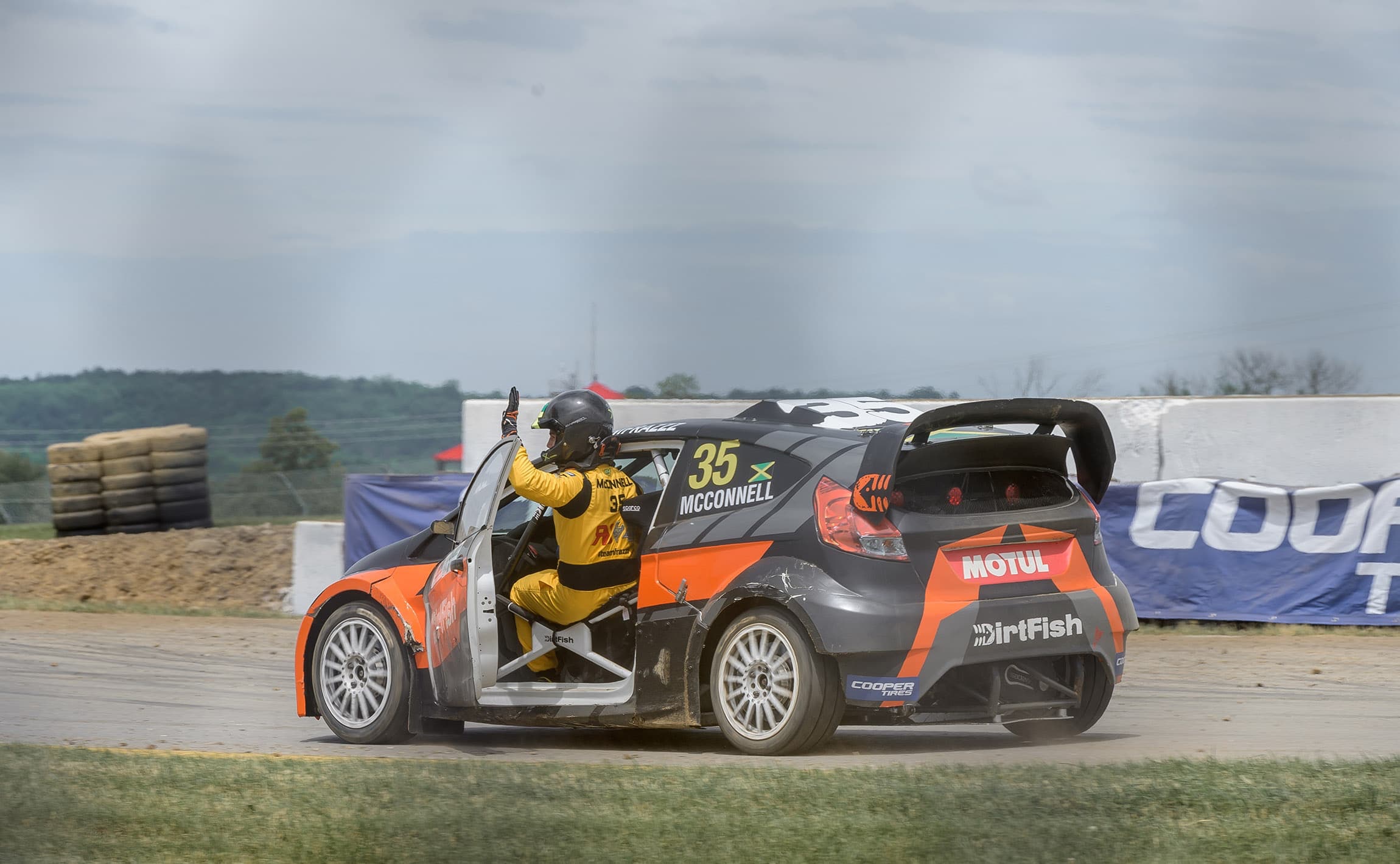 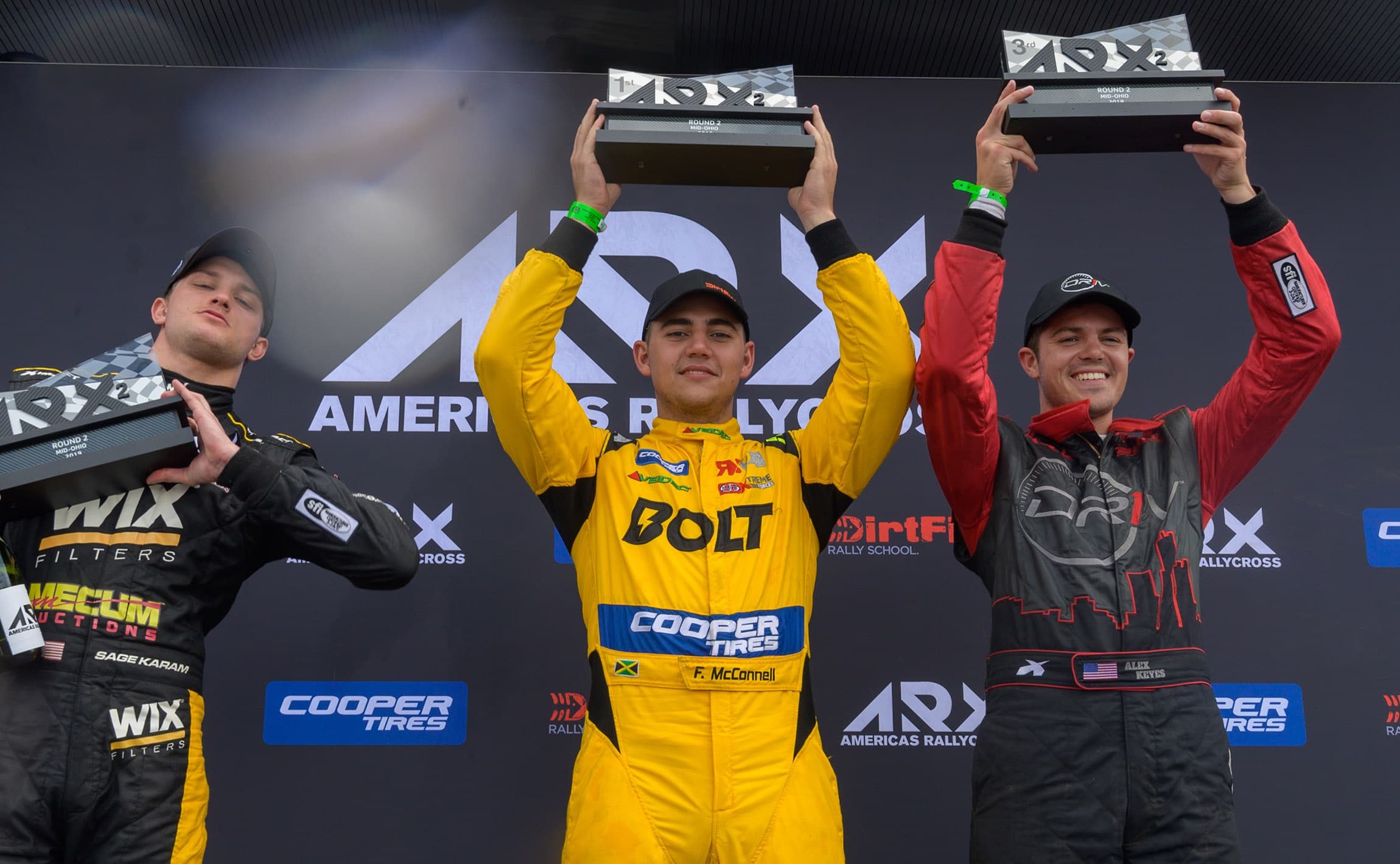 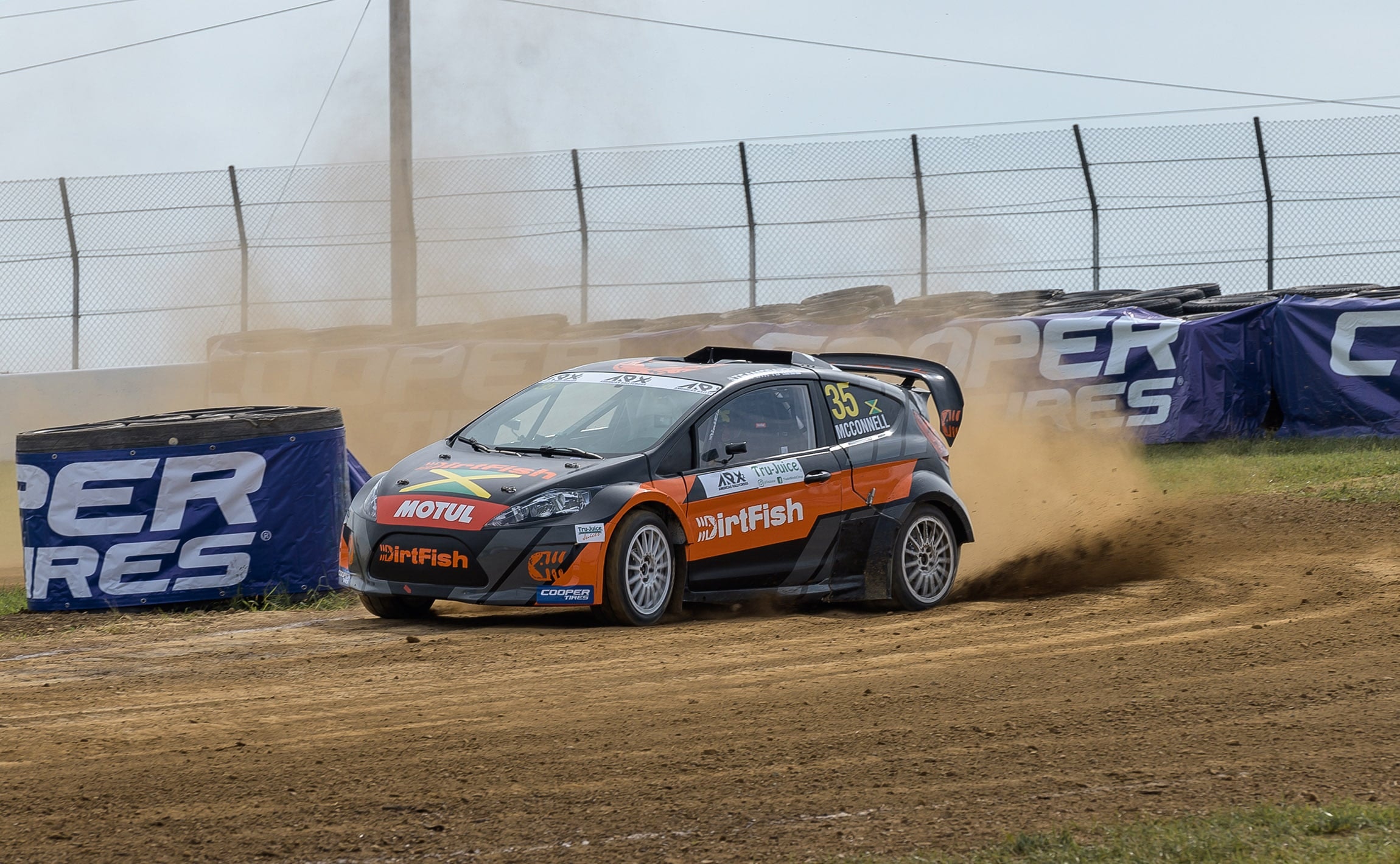