For much of rallycross’s existence in the US, factory-backed teams have been the dominant force. Ford’s army of Olsbergs Fiestas ran the show early on before the all-conquering Volkswagen Beetles arrived in 2014. More recently Subaru has been king of the hill.

Among that, one team has been a consistent frontrunner. Loenbro Motorsports has been at the forefront of US rallycross since it entered Global Rallycross (under the Chip Ganassi Racing banner) in 2015. Run by lead driver Steve Arpin, the outfit has been the only privateer to mount a serious title challenge in recent seasons, all despite lacking the big manufacturer budget of its rivals.

But how does it do it? Rallycross these days, like most motorsports, is very much a money game, yet Loenbro Motorsports has found a way to operate both efficiently and effectively – something Arpin says wouldn’t change even if a major OEM partnered with the team.

“As far as how to operate effectively under budget, we are a well-oiled machine when it comes to that,” Arpin told DirtFish.

“If we do get the opportunity to run a manufacturer deal, we’re not just going to overspend and blow a whole bunch of money, we’re going to continue to operate as lean as possible and make every dollar stretch as far as it can so that in the future when things aren’t right we are prepared for something like this too. 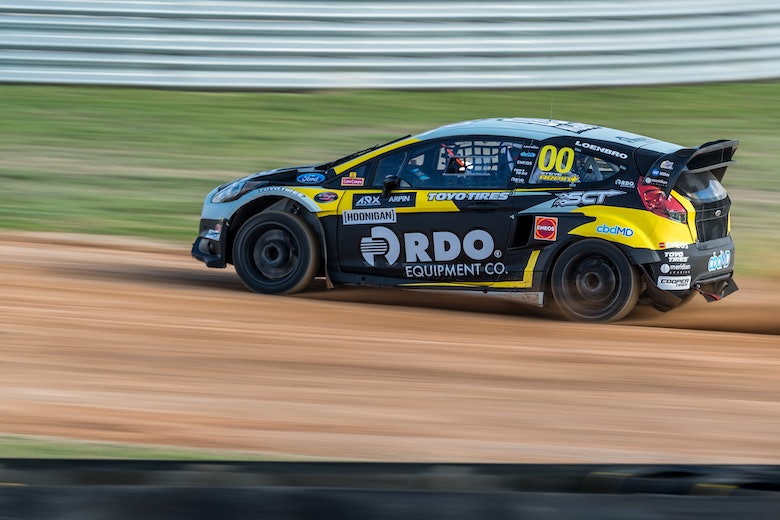 The RX team “ready to hit the ground running” after lockdown

Arpin credits his team’s adaptability and ability to get the most out of everything to the people in it. The group is close knit, and Arpin believes that the people in the team, along with the way they are managed, is key.

“I believe it’s all about people,” he said, “100% about people, and partners that support us in what we’re trying to achieve.

“And the other side of it is management and that instead of being a top-down management approach where we’re just sitting there micro-managing every person, you let each individual find what area they strive in, what they excel at, what they have a passion for, and let them go and do it and put so much heart behind it.

“Honestly that’s one of the things that puts our team on top, I believe, or fills that huge financial gap with the other two teams that we’ve been up against.

After a title challenge in the final GRC season in 2017, Loenbro Motorsports went through something of a transition period.

Firstly, competing with the unfancied ex-World Rallycross Ford Focus RS RX, and then reverting to its race-winning Fiesta package, albeit now with the running gear and electronics package of the factory-developed Focus.

While the team didn’t win a race during its partial 2018 campaign or its full 2019 return, Arpin is still positive about the benefits brought about by those years.

“I would say first and foremost that we’ve got to put things into perspective and remember that  we do drive race cars for a living so whether it be an absolutely fantastic race car or a race car that still needs some work, we can’t really complain, right? So I never regret any opportunity I have to get into a race car,” he insisted.

“So after being able to get into that Focus and see how far Ford had come with the engine package, with the electronics package, everything they’d accomplished there, the year in the Focus – even though the suspension wasn’t quite where it needed to be – the electronics, the engine, and everything that taught us what was capable on that front was so so incredibly worth the year that we had in the Focus.

“Just to be able to take those lessons and apply them to the Fiesta once we got over there.”

Although US rallycross is currently at a standstill due in part to the coronavirus pandemic and the transition to its third major series in as many years, Loenbro Motorsports those improvements haven’t stopped.

The team has continued to work and improve its fleet of M-Sport-built Ford Fiesta STs, and with a year’s worth of data now in the bank, Arpin is confident the team will have gained plenty of time when it eventually does return to the track.

“We’ve got a lot of things going on,” Arpin said. “The guys have really been working their tails off on the Fiestas.

“We’ve been working hard. Carl [Goodman – team manager] and the team have been working at, really focusing on areas that … we had that Focus package, we had that hybrid package last year and we never necessarily had the time to capitalize on the package we had.

“It’s not one major thing. It’s probably 15 or 20 tiny little things that will all be a few hundredths of a second here or there but they add up to hopefully half, three-quarters of a second when it’s all said and done.”