Nitro Rallycross will commence testing of its new electric vehicle, the FC1-X, later this month ahead of its competition debut next year.

In a video posted on social media, NRX revealed that the tubular steel chassis of the first prototype vehicle had been completed and its battery unit and inverters are also ready.

The car’s transmission is currently undergoing dyno testing, while the full vehicle will begin on-track testing in earnest later this month.

This first official update on the FC1-X since NRX confirmed it was going electric follows a development period of over two years.

The car is being co-developed by First Place – a joint venture between top rallycross squad Olsbergs MSE and Spanish electromobility company QEV Technologies. Both companies have also collaborated on the RX2e car which will debut later this year in Europe.

The FC1-X will take the form of a small crossover-like vehicle and will produce the equivalent of 1000 bhp, allowing it to accelerate to 60 mph in around 1.5 seconds; making it quicker off the line than the existing breed of top-level rallycross cars.

Despite being a single-make platform, manufacturers will be able to produce their own bodywork for the car, with Subaru, Ford, and Volkswagen expected to be involved.

NRX will begin this September with the Supercar class returning alongside development category NRX Next, which will utilize OMSE’s SuperCar Lites platform previously used in GRC Lites and ARX2.

From next year, when the series is also set for international expansion, a single-make electric category will be added alongside the main competition, with a view to having EVs replace combustion engined cars in the coming years. 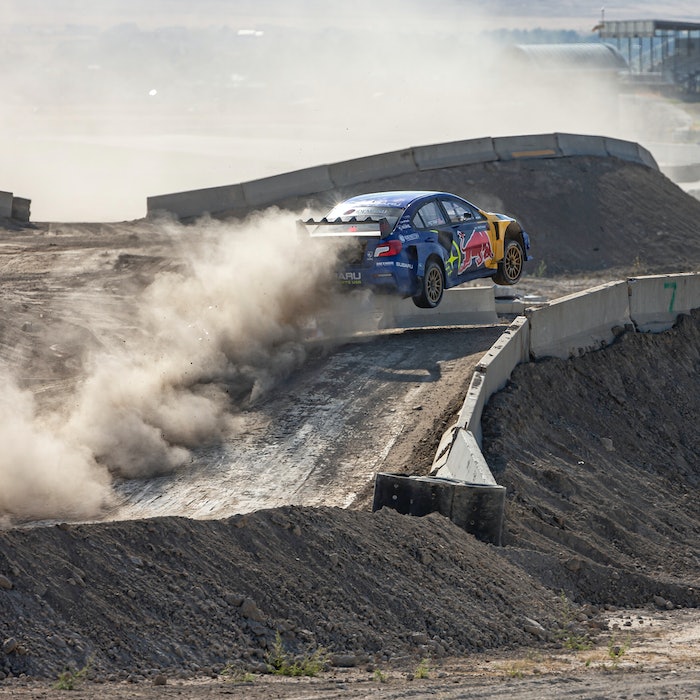