If you didn’t follow the events in Utah closely last weekend, you could be forgiven for thinking it was more of the same. After all, Timmy Hansen won the discipline’s inaugural contest in 2018, while brother Kevin followed it with the win a year later.

But this was far from a case of the same script being followed. The Hansens may have won once again, but they had to work incredibly hard for it.

Things started off well, with Timmy topping timed qualifying on Friday afternoon, but as the contest transitioned to racing with the head-to-head battles, his – and his team’s – weekend started to unravel.

After crossing swords with Travis Pastrana in a tense battle, car damage took Hansen out of the race and handed the win to the series ringleader. At face value, it looked like a minor shunt; a wax on, wax off repair job.

The reality, though, couldn’t be more different. That innocuous looking bump for Hansen led to a mammoth repair effort.

“It was quite big engine damage and the engine was leaking oil, we didn’t have a spare engine so the guys did a great job to fix it,” Hansen told DirtFish.

“Really it was not easy at all to get this car out on track and we’ve tried things that have failed, tried and failed, and I couldn’t even do the warm-up one hour before the heat race, but they got the car together and in good enough shape so I could go flat out.” 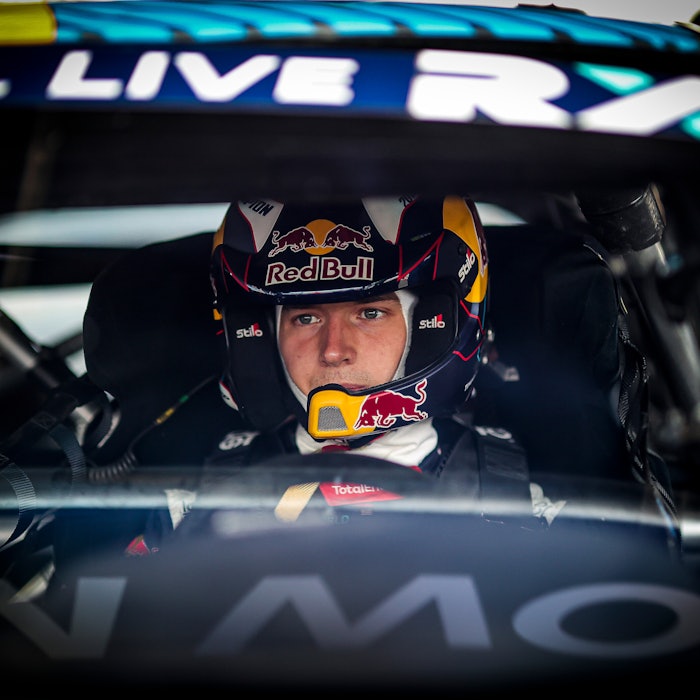 I was under a lot of pressure for the first half of the final from Oliver Eriksson, he was all over me Timmy Hansen

Describing the monster repair effort, team boss Kenneth Hansen revealed that the team had to fabricate replacement parts on the fly – not an easy feat for a team based thousands of miles away in Sweden.

“We had to work during the night and the next morning to get Timmy’s car back up and running and even manufactured some new parts at the track to make it happen,” he said. “Even when the situation didn’t look promising, we never gave up.

“We tried four different fixes for the broken parts we had to fix – we were extremely determined to stay on the grid no matter how many times we had to try a different solution.”

With the repairs taking their time and warm-up missed, Saturday could’ve continued under a cloud, but it didn’t. A win in the opening heat race gave Timmy an automatic berth in the final – coincidentally saving him and the battered car from much of Saturday’s running. 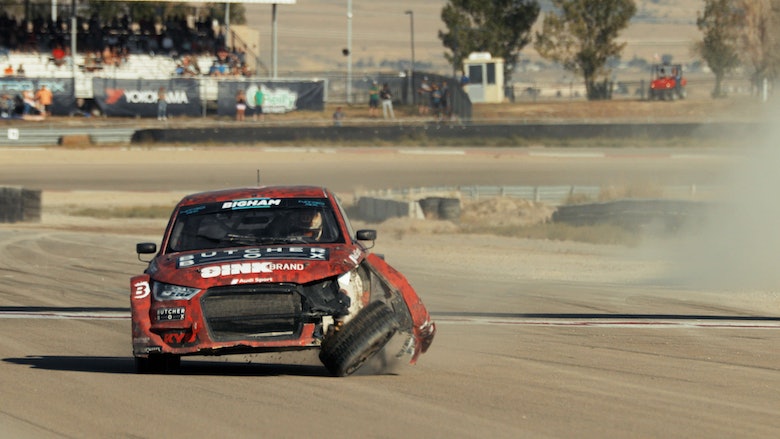 Then in that final, Hansen vs Pastrana round two went the way of Hansen who muscled his way past the pole-sitting Subaru driver into the first corner, snatching a lead he wouldn’t relinquish.

“The heat race went really well and starting from the front row of the final, in a 10-car final you don’t want to be down there,” Hansen said of how he set himself up for success on Saturday.

“From second place [on the grid] I was able to switch back underneath Travis in the first corner – we both braked quite late but then I was able to get the car stopped, get on his inside, and then get the inside line [and] take the lead.”

“I was under a lot of pressure for the first half of the final from Oliver Eriksson, he was all over me,” Hansen said. “But then once we started taking the big jump, the gap jump halfway through the final, then I pulled a bit of a gap and we jokered at the end and came home first so it was a great feeling.

“The left-hander just before the jump, that was very slippery this morning but that corner got grippier towards the end and that made the difference that the gap jump was faster,” he explained.

Hansen credits the excellent communication from his team, particularly his spotter father, in helping him understand that evolution, and capitalize on it.

“Dad and the spotters up in the spotters’ tower, they did a great performance,” he said. “Like turn one, it was thanks to Kenneth in my radio telling me ‘in in in in in!’ from that outside, and it was after his call to say ‘in’ that I braked, slotted in behind Travis and got on the inside.

“And then two or three laps into the race, he had to change his mind, like we had to take the other line because it showed in the race that the gap jump was faster and he was really on his toes and picked that up and told me to go on the big jump instead.

“[He] also told me to joker at one point but changed his mind all in the right place. He really had to work for it today but I think definitely today we would not have won if it wasn’t for a good spotter in my ear with Kenneth.”

Paying tribute to his team as a whole, Hansen added: “It’s a lot of work, like the mechanics putting the car together, [the] spotter, and [mum] Susann up in the spotters’ tower as well, [it was] really a team effort.” 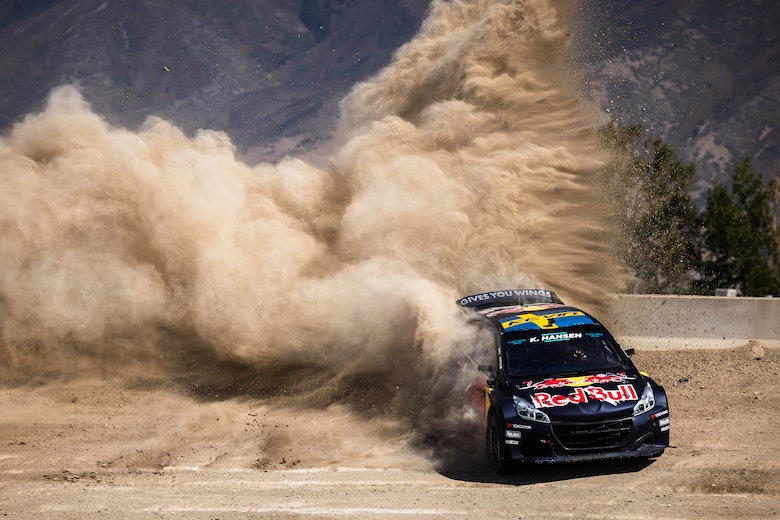 The best images from Nitro RX at Utah

Timmy Hansen has now won in World Rallycross, Extreme E and Nitro Rallycross this year. He’s full-time in two of those series, but so far only has his name down for the opening two NRX events. Will he continue in America?

“This year’s just too good!” he exclaimed.

“I can’t believe all the great races we’ve had so far and another win today and another double podium for me and Kevin is fantastic,” he said, referring to his brother who fought from the back of the final grid to finish third.

“I’m going to do next weekend [in Minnesota] and then I’ve got no more plans to do any of the other races so far. It could change, I guess, towards the end of the year, but for now I don’t have that planned.”

How to respond to WRC rejection