Andreas Bakkerud is one of if not the most popular rallycross drivers on the planet. So his choice to focus on Nitro Rallycross for 2022, rather than a more Euro-centric campaign, brings legions of fans over to the burgeoning competition.

It’s an interesting choice for someone who openly admits “for sure my dream is to become world champion one day”, but in a sit down with DirtFish ahead of this weekend’s Nitro Rallycross season opener, the reigning European champion opens up about his rationale behind the move, and what he’s expecting of the year ahead.

“It’s about which horse you want to bet on, and I feel Travis [Pastrana] and the vibe from the US, some new team coming in, and also I trust [Group E car developer Andreas] Eriksson,” he says.

“I do think the world championship package is way too expensive, this one is a lot cheaper, half price, at the same time the cars are more equal here and that creates the best champion.”

But as a guy who’s also sampled circuit racing – both in sprint and endurance form – as well as hillclimbs and ice racing, Bakkerud is looking at Nitro Rallycross not just as another rallycross series to conquer, but another thing entirely.

“I have always loved America so when I see five, six races in America, then **** yeah,” he adds emphatically. 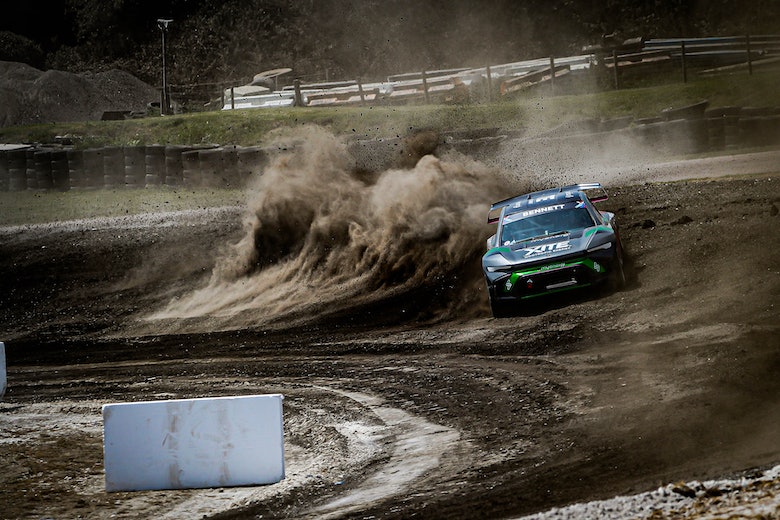 EVERYTHING YOU NEED TO KNOW ABOUT NITRO RX 2022

Of course, the second full Nitro Rallycross season will feature four US rounds in addition to three in Europe, two in Canada, and one in the Middle East and, while Bakkerud definitely has those Stateside rounds circled on his calendar already, he’s also keen to see what the series can deliver in Europe.

“I think a few tracks last year were spectacular, like ERX, and I want to go back there,” he says.

“But at the same time, there is a couple of new tracks, like the one in Strängnäs. They’re changing a lot, here in Lydden Hill – to get the velodrome curve, gravel corner [and] jump here is spectacular

“I think our good friend Öhman is building the Strängnäs gravel dirt track there. And also there’s the KymiRing.”

As well as the tracks, of course the big talking point around the new Nitro Rallycross season is the introduction of the FC1-X electric car – something that, despite being a one-make formula, will provide teams and drivers plenty of scope to come up with their own solutions as the competitive order forms.

“I’m as excited as you are because nobody has done any side-by-side stuff,” Bakkerud says of the prospect of finally racing the new car after countless miles of pre-season testing in Europe. “But I do think the cars are going to be very consistent, very equal. Mechanically it looks great, we very rarely have any mechanical issues.

“We do have some issues with the steering and stuff like that, it’s hard to make the 48 volt steering system stay consistent,” he admits, however.

“It’s funny – Robin [Larsson, his RX Cartel team-mate], for example, in his car, he jumps in his car and it was a perfect fit for him, and I had the same map on my steering and I struggled like mad with it. And I jumped in Robin’s car and I still struggled.

I think it will be close racing, it will be very crucial to win starts Andreas Bakkerud

“It’s up to the driving style, so you have to adjust the map on the steering and stuff like that a little bit here and there and get it perfect for yourself.

“At the end of the day you can never get 100% the same car, and we still have adjustments we can do compared with everybody else or our ideas,” he continues. “So I think it will be close racing, it will be very crucial to win starts, it’s going to be hard to overtake on the tarmac but on the dirt the cars are hard to drive so with so much horsepower there’s openings to overtake there.”

Comparing his new office to the Supercars that he’s driven in recent seasons, Bakkerud highlights the car’s regen system as the standout difference, but also points out that the electric car’s increased weight and power makes for a different on-track experience.

“We play a lot with regen and this changes very much,” he explains. “You can use that like a left-foot brake instead of [in] a regular Supercar we wouldn’t left-foot brake a lot.

“Here we don’t need to use that because we have the regen. But also the weight of the car is quite heavy so we can’t have the same corner speed as the Supercar because it’s 300 kilos lighter. But acceleration is insane! When you straighten up that car after a turn and go full power… and the push-to-pass, you can get either 50 kilowatts for 10 seconds, maybe 15, or you can get 150 for five.

“Here in Lydden I drove with 150 for five, just up the hill was six tenths. So that’s enough to do an overtake. Six tenths is a lot!”

So there’s a lot of differences going into this season of racing, and all that means that everyone’s going in blind. There’s no established competitive order, no standout teams or drivers, and that’s something Bakkerud is excited by.

“Nobody knows where they are. Has somebody else got an advantage? I’m sure some engineer, or some mechanic, or some driver, can come up with something that nobody else has thought about because there’s so many things to do. 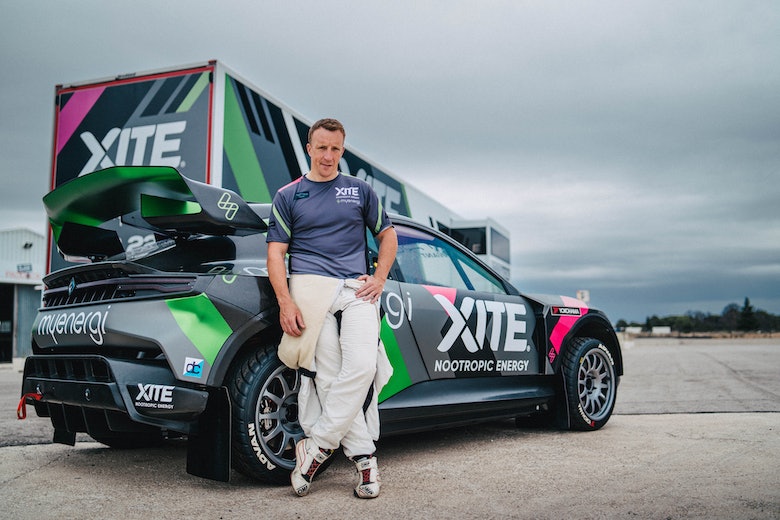 CAN MEEKE ADAPT TO ELECTRIC RALLYCROSS?

And for Bakkerud’s more traditionalist fanbase, fear not – he’ll be back in action in the European championship too, contesting the category’s biggest races at Höljes in Sweden and Hell in his native Norway. While not chasing another title there after his 2021 triumph, his expectations for those cameo appearances couldn’t be any clearer: win.

“I’m very much keen to go there – I don’t feel I’ve had the car and the team behind me to beat guys like Johan [Kristoffersson] or Timmy [Hansen] over the last few years.

“So now I’m going to drive Johan’s winning car from last year, or my car from ’18-’19, and I think I have a good chance to give him a run for his money. So I’m very pumped for that.”