Nitro Rallycross went to its de facto second home of Sweden for round two, and with 20% of the season now in the books, we’re starting to get a little idea of how the competitive order is shaping up.

But how did everyone look on the ground? Dominik Wilde casts his eye over the field after an entertaining weekend of racing at Strängnäs Motorstadion.

A new entry, so doesn’t have a round one performance to build upon. Nevertheless, a result strong enough to get him into the top 10 of our season-long rankings right away.

Kristoffersson himself admitted that it took him a little time to get used to both the FC1-X and the tires used by the series, not that you could tell in the final. Launching from the back of the grid (after qualifying through the last-chance qualifier), he rocketed into the podium places right away, and there he stayed, being the middleman in a DRR JC 1-2-3-4-5 finish.

He’s unlikely to feature again this year, with World Rallycross his main focus, so expect this to be very much a flying visit for Kristoffersson in the power rankings.

A relatively quiet weekend for the rallying ace; Veiby – who has been named as Kristoffersson’s World Rallycross team-mate at Volkswagen Dealerteam – made it through to the final via the semis, and took a fifth place finish in that behind his battling stablemates.

An opening round defeat in the battle bracket to Conner Martell after a fairly even start left him on the back foot right away, and he sadly wasn’t in podium contention from then on.

After his last-minute cameo at Lydden Hill yielded a podium, Grönholm fared a little differently on his second time filling in for the injured Kevin Eriksson.

Hampered by a slow start in his battle with Conner Martell – who won in spite of a puncture – Grönholm had to wade his way through the heat races and a tire debead in the LCQ halted all hope of him adding to his medal haul.

In what was a trying weekend that left him out of the final for the first time since Nitro Rallycross became a fully-fledged series, Pastrana, in fairness, wasn’t a million miles away.

Going out to eventual event winner Andreas Bakkerud in qualifying is nothing to feel bad about, especially given the close-fought nature of that race. But steering issues left him swimming against the tide on Sunday.

Nevertheless, he just missed on a final berth by the narrowest of margins, being beaten to the line by Vermont SportsCar team-mate Conner Martell in the LCQ.

Once he and VSC got to grips with the setup in the early part of the weekend, Martell was arguably one of the field’s top performers.

Climbing to the semifinals of the battle bracket, he was only just defeated by bracket victor Oliver Eriksson.

Sunday started a little slower, but advancement into the main came at the expense of team-mate Pastrana in the LCQ.

In that main, however, he had to settle for best of the rest behind the DRR JC armada after starting from a less than favorable grid spot.

Track time, and track time alone, is the reason why Kris Meeke isn’t higher up on this list. Which, I suppose, is a tad cruel.

After missing all of Saturday due to a hard-to-diagnose software glitch, Meeke started Sunday with a point to prove. And prove it he did. 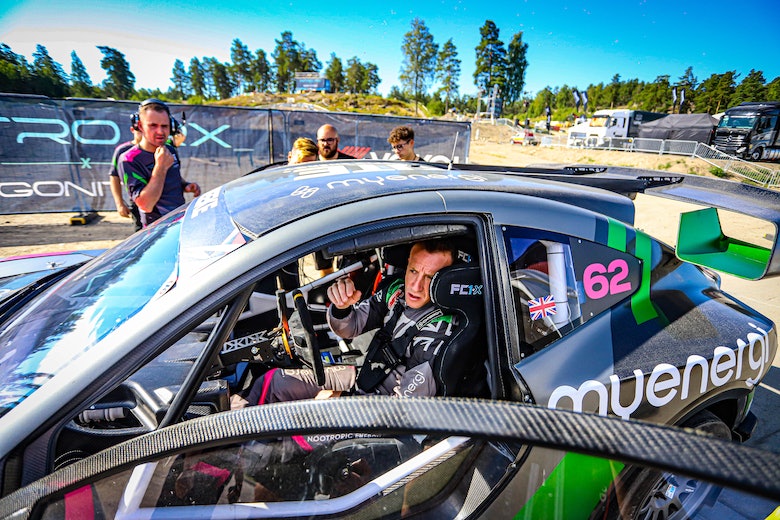 Rapid starts in his heat and semi gave him a second and then a clear win. He could have been on course for a podium, maybe even a win based on the form of those two races, but his final came to an early end thanks to a puncture, of all things.

Lady luck was out to get Meeke in Sweden, but once again he proved that when things do work, he’s frighteningly fast.

Another strong showing for the double-duty driver. He won his bracket seeding heat, and nabbed second in a semifinal to give him a strong starting spot for the main.

There, he could have got a podium, were it not for the thorn in his side that was four-time World Rallycross Champion Johan Kristoffersson.

The pair reignited their RallyX Nordic rivalry in that race, with Kristoffersson prevailing to take that final rostrum position, but only just.

Oliver Eriksson was the class of the field on Saturday, slaying all comers in the battle bracket. He backed that up with an opening heat win on Sunday and had one hand on the event win trophy going into the final. 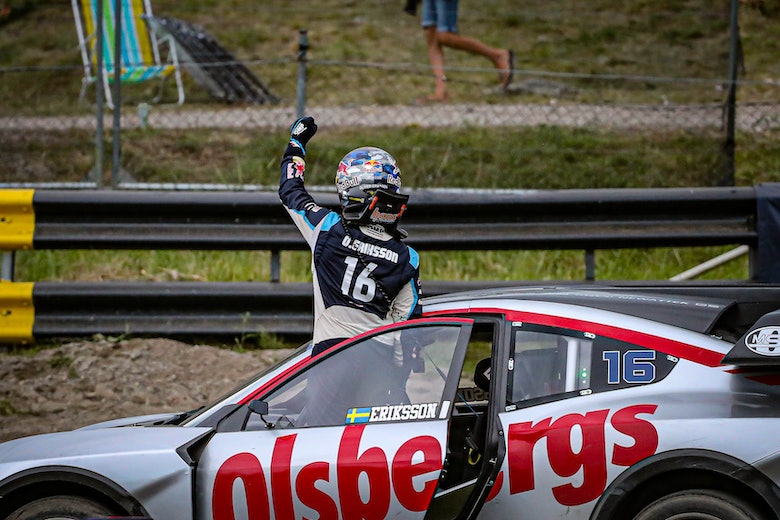 HOW TO WIN IN RALLYCROSS WHEN YOU AREN'T EVEN DRIVING

As was the case with Meeke though, a freak puncture derailed a victory bid. You would have bet your house on him taking the round win after his qualifying performance. Alas, the universe had other ideas.

He might have slipped down one spot in the power rankings, but ultimately it’s inconsequential. Either Larsson or team-mate Andreas Bakkerud could have the number one position.

Larsson does, however, keep the points lead after his second-place finish, where he pushed Bakkerud hard for the win until the joker strategy played out.

Bracket defeat to Eriksson proved to be of little consequence, with him winning his own opening heat on Sunday.

He then capitalized on the front-row starting position afforded by that to take a lead he would not relinquish – even despite heavy pressure from Larsson behind.