Timmy Hansen broke Johan Kristoffersson’s stranglehold on Saturday races in this year’s World Rallycross championship to claim his first win of the season in Barcelona.

Kristoffersson has won the first event at the first three double-header events this year and started on pole for the final of round seven after topping qualifying and winning his semifinal.

Both Kristoffersson and fellow front row starter Timmy Hansen made a strong start but came together in the first corner as the field concertinaed together.

Kristoffersson maintained the lead though, with Timmy Hansen in close tow for the first half of the six-lap race. Hansen was the only driver to start the final with four new tires – that, combined with his team’s recent improvements to the venerable Peugeot 208 platform meant that he was easily able to match Kristoffersson.

However, with no clear way past, Timmy Hansen opted for the joker at the halfway point in the race and that clear air proved vital. The following lap he took four tenths of a second out of Kristoffersson’s advantage, and another tenth on lap five.

Kristoffersson jokered on the final lap but emerged just behind Timmy Hansen after his charge. Towards the end of the lap, the pair made contact once again in the braking zone heading into the dirt section, with Kristoffersson going airborne.

Despite the hard hit, both maintained their positions, with Hansen taking his 10th career win ahead of Kristoffersson.

Kevin Hansen rounded out a strong day for Team Hansen with third. He was hot on the tail of his older brother and Kristoffersson until lap three when he lost ground.

Niclas Grönholm finished fourth, unable to capitalize on a first lap joker. He beat Mattias Ekström who lost further ground to Kristoffersson in the title fight by finishing fifth.

Ekström also jokered on the first lap in an attempt to take advantage of clear air to set a strong of fast laps, but a combination of traffic and an uncharacteristic mistake at the end of lap three meant he was unable to advance further.

Ahead of the final, Timur Timerzyanov, Oliver Bennett – making just his third semifinal appearance of his career – and Timo Scheider were left on the sidelines from the first semi, while in the second Anton Marklund, Robin Larsson, and Liam Doran all failed to advance.

Larsson initially failed to qualify for the semifinals, by JC Raceteknik team-mate Enzo Ide surrendered his place in favor of Larsson to aid the team’s championship push.

Despite missing out on a Saturday win for the first time in 2020, Kristoffersson’s championship lead now sits at 25 points – five points short of the maximum for an event – with just three rounds remaining. Ekström maintains second, with Timmy Hansen moving up to third, albeit 28 points adrift of the 2016 champion.

After missing out on the podium for the third round in succession, Gronholm has now slipped to fourth, ahead of Kevin Hansen who capitalized on Robin Larsson’s tough day to move up a spot in the overall standings.

Despite a trying start to the weekend, JC Race Teknik maintains the lead in the Teams’ standings, 17 points ahead of Team Hansen, with GRX holding on to third.

In European Super1600 Yuri Belevsky beat Gergely Marton for the win in round one of the long-delayed support category.

The pair began the race side-by-side with Belevsky eking ahead at turn two. From there he never looked back, comfortably leading every lap of the race.

Rasmus Touminen claimed third, overhauling Marius Bermingrud late on. Touminen got his joker out of the way on the opening lap and used that clear air advantage to get by the Norwegian when he took the longer route on the fifth lap of the six-lap final. 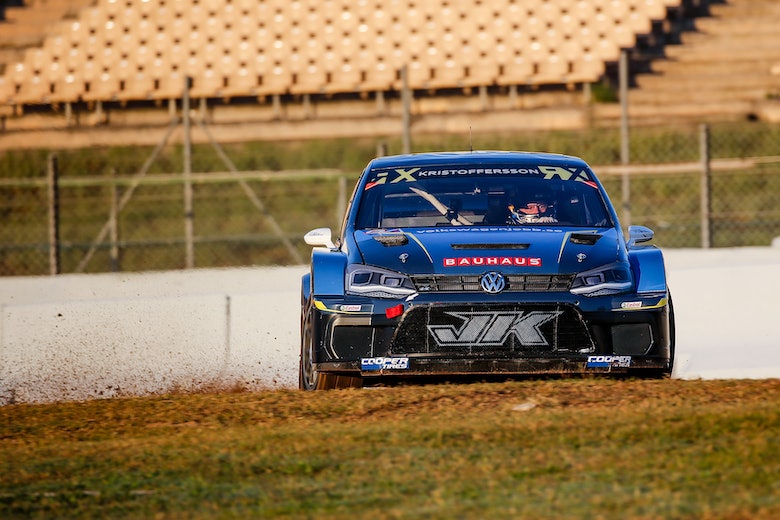 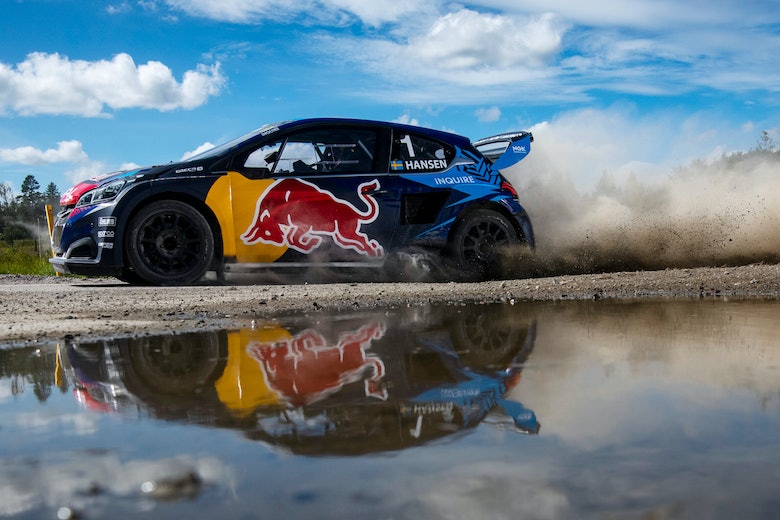