Johan Kristoffersson completed a championship comeback to claim a record-extending fourth World Rallycross title as Niclas Grönholm won the final round of the season – and final race of the combustion era – at the Nürburgring.

Kristoffersson entered the title-deciding final race just one point off Timmy Hansen, who had led the standings since round two of the season but was hit with a penalty – his third of the weekend – before Sunday’s final.

In the second semifinal, Timmy Hansen pushed Grönholm wide going into the first corner, and, while he went on to win that race, he was hit with a seven-second penalty which dropped him to third and subsequently the back row of grid for the final.

That would prove to be of little hindrance in the short-term, as he made an excellent start to vault into third by the first corner. Meanwhile his brother and team-mate Kevin Hansen bettered pole position starter Kristoffersson into the first corner.

From there the younger Hansen tried to play the team game, holding up Kristoffersson to give older brother Timmy the best opportunity to get by.

The two title rivals jokered together on the first lap, running nose-to-tail, with Kevin Hansen – knocked out of title contention earlier in the day – going for the longer route a lap later to remain in front and keep the strategy in play.

It looked like it would be a master stroke from the Hansens, who secured the teams’ title ahead of the final, but by lap four Timmy had dropped back from the top two considerably with a build-up of mud on his windshield reducing visibility, all but ending his hopes.

While the attention was focused on Kristoffersson and the Hansens, Grönholm – another to exit title contention on Sunday morning – had stayed out and extended a considerable lead at the front of the pack.

Jokering on the final lap, he crossed the line over four seconds clear of Kevin Hansen who took second on the road ahead of Kristoffersson.

Unable to get by Kristoffersson for that crucial title-deciding position, Timmy Hansen finished fourth, with series returnee Guerlain Chicherit in fifth and lap one spinner Enzo Ide rounding out the finishers.

Coming into the two-round weekend, Kristoffersson was one of five title contenders, sitting 17 points adrift of Timmy Hansen. But Kristoffersson was able to top qualifying on both days and won his third event of the year on Saturday, while Hansen’s title hopes unravelled with a string of penalties for pushing-to-pass incidents.

Two on Saturday – one in the semifinal on Ide and one in the final involving Grönholm – resulted in a 5s penalty and race disqualification respectively, while on Sunday it was a 7s drop for his repeat clash with Grönholm.

It will also be the final ‘Supercar’ (known as RX1 in 2021) championship win at the top level, with the formula that has been around in Europe in some form since 1993 being replaced by the new all-electric RX1e class next year.

Grönholm’s win in the season finale locked in third in the points for him, ahead of Kevin Hansen, while Krisztián Szabó rounded out the top five despite missing the final for the first time this season in Sunday’s Nürburgring round.

In RX2e Guillaume De Ridder won the first FIA-sanctioned electric rallycross title, securing the honor before the final race of the season had been run.

After a win in the second semifinal he had an eight-point lead, and with that being the same amount of points on offer for winning the final, his title was but a formality before the six-lap race had been run.

Nevertheless, he dominated, leading from start to finish to head home Jesse Kallio by over 2.3s.

Kallio, who recovered from a lap one spin and survived a bodywork rub for the entirety of the race, clinched second in the standings with 123 points, 11 back from De Ridder.

Pablo Suárez took third, ahead of Patrick O’Donovan who missed the final after a spectacular race-ending shunt in the semifinal. 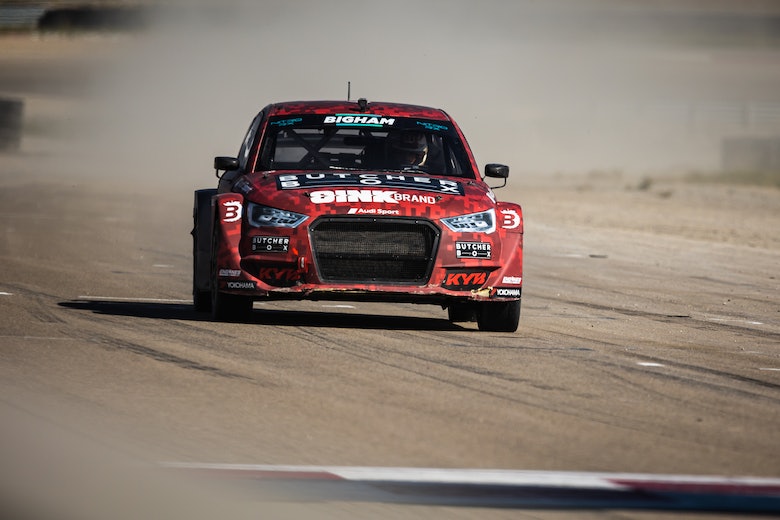 An inside look at a rallycross Supercar 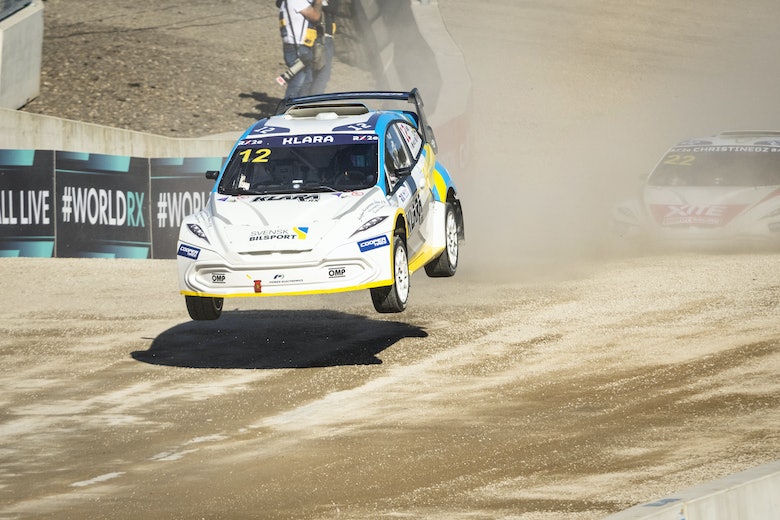 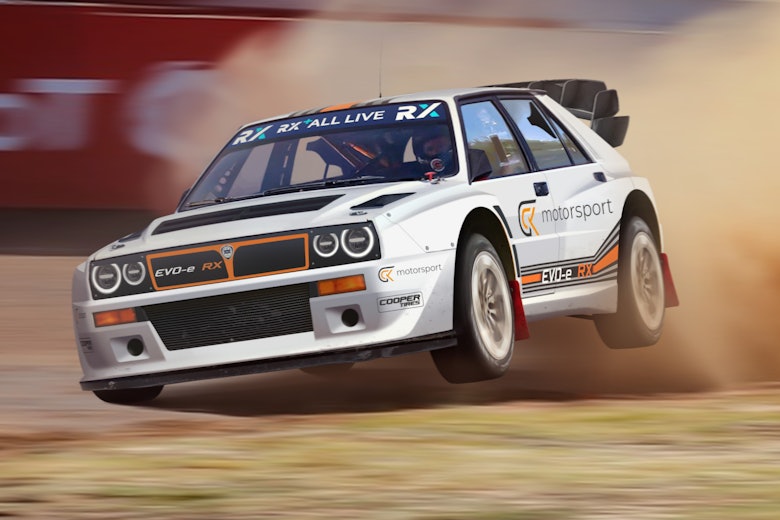