The first international top-level rallycross title is up for grabs this weekend, with the RallyX Nordic season set to be decided in Nysum, Denmark.

A maximum of 60 points will be available over the course of this weekend’s double-header event, meaning that, in theory, any of the top-12 could win the title. Of course, in practice that won’t be the case.

Nevertheless, here we take a look at the main title contenders for what promises to be a fantastic season finale.

Going into this weekend with two wins from three and a 25 point lead in the standings is a favorable position to be in, but with Kristoffersson choosing to focus on World RX – where he also tops the points – he’s also unable to defend his position in the table.

It would need some bad luck for all his rivals for Kristoffersson to take the title but stranger things have happened in rallycross.

Kristoffersson’s absence gives Oliver Eriksson the perfect opportunity to right the wrongs of 2019.

The 21-year-old went into last year’s RallyX Nordic finale atop of the points, but suspension failure in the last race of the year resulted in a retirement and the crown going to Robin Larsson.

Now Eriksson could be the one to come from behind in the finale. What’s more, after his victorious start to the European Rallycross season, he could even match Larsson’s feat of winning both the Nordic and European titles in the same year. Only time will tell.

Eriksson’s biggest rival for Nordic Supercar honors comes from within the very same Olsbergs MSE stable, in the shape of Fraser McConnell.

McConnell’s position on the entry list, let alone this list, is something quite remarkable. After winning the ARX2 title with DirtFish and showing well in the Euro-centric RX2 series last year, McConnell had set his sights on winning RX2 outright in 2020. However, with the World RX support series’ relegation to a single-weekend event, McConnell’s plans changed.

A strong showing on his Supercars debut in Höljes – an outing that was supposed to be one-off – was followed by a second final outing in Arvika, and now he arrives in Denmark with an outside shot at a second rallycross championship in as many years.

Anders Michalak is the final true championship contender this weekend, but is very much an outsider for overall honors.

Like McConnell, he finds himself in the midst of a title fight in his first season competing in Supercars. He made the final in Arvika, but a potential breakthrough result was snatched away thanks to gearbox troubles.

Nevertheless he’s been fast all year and was a finalist at Nysum in SuperCar Lites in 2019, all of which bodes well for a strong finish to the year.

Every second of the action on track this weekend can be watched live, with details of how to tune in below. 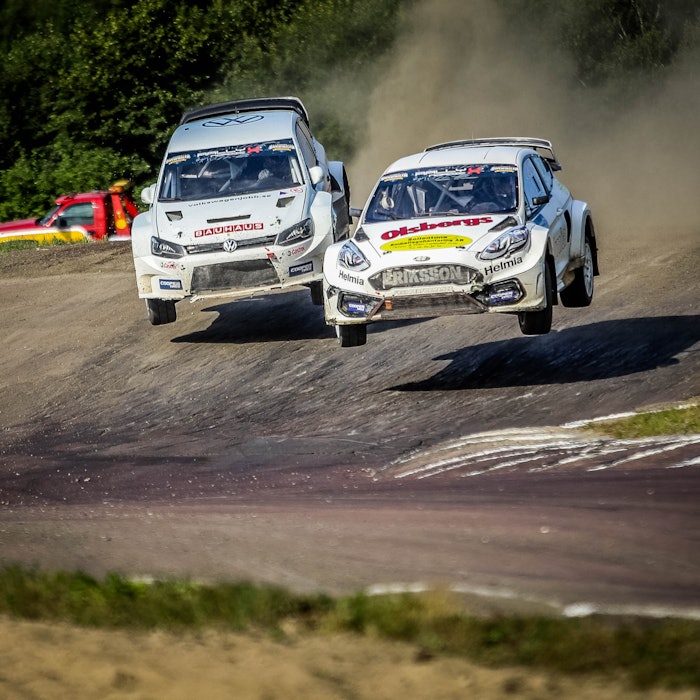 Watch it all unfold

Who will come out on top of this epic battle? Buy an RX Nordic Nysum streaming pass for 199 SEK ($23) to see the action live.

Video: An in-depth look at the Rally Estonia stages