The third round of the 2019 BRDC British F3 Championship at the Silverstone Grand Prix Circuit resulted in Benjamin Pedersen’s best finish of the season. He finished on the podium again, only this time it was on the top spot! The weekend brought out a large number of spectators thanks to the shared the weekend with the British GT Championship and the fact that the racing was taking place at Silverstone. The weather throughout the weekend consisted of both pouring rain and dry/warm track conditions, so adapting to different track conditions was extremely important for the drivers. There was a lot of strategy in regards to the ever-changing conditions, and the Douglas Motorsport team was spot on when making setup decisions.

Qualifying – Saturday, June 8, 2019
As the 20-minute Qualifying session got underway, Benjamin got up to speed and quickly moved up into the top 5 even in the pouring rain, and poor track conditions. The leaderboard changed drastically every lap- Benjamin went from P3 to P7 and back up to P3 in only three laps, so getting everything out of every lap was extremely important and difficult. At the beginning of the race weekend, one of the key topics during the drivers meeting was track limits. Officials said they would be closely monitoring this throughout the weekend. While Benjamin obeyed the rule, others did not and were able to come away clean with no penalties given. Qualifying placed Benjamin into the 11th for the start of the first race of the weekend. He had some work to do to move up positions during the race!

Race 1 – Saturday, June 8, 2019
Starting from 11th, Benjamin needed to have a strong start. As the lights went out, he had a solid launch off the line and immediately moved up to P8, before the first turn. The opening lap was filled with action. Racers were going two-wide through “Maggotts and Becketts,” an extremely high-speed series of corners followed by a long straight. There was an intense battle between Benjamin and two other drivers all the way down to “Copse,” another high-speed turn at the end of the straight. Going two-wide cleanly through those sections, they battled through one more corner before damage occurred. On the exit, both drivers found themselves a little closer than expected and made contact, damaging Benjamin’s front wing and giving the other driver a puncture. Officials decided that this was a racing incident and nobody was at fault, it was just a result of hard racing. Rather than continuing to push hard with intense understeer due to the lack of downforce, Benjamin pitted and the team installed a new front wing to protect the front tires. As a result of the stop, he had dropped back to P18 by the end of race 1. The points weren’t ideal, but he was happy knowing that he would be starting in pole position with a full new set of tires for the second race of the weekend.

Race 2 – Sunday, June 9, 2019
Starting from Pole Position for race 2 with a full new set of tires, Benjamin’s focus was on the win. When starting on pole, the lead driver is able to choose the pace for the formation lap, which allows them to optimize the tires for the start of the race better than anyone else. This is something that is crucial to having a fast opening lap. As the lights went out, Benjamin had a great start and quickly moved into a comfortable lead going into turn 1, and stayed there for the rest of the opening lap. This allowed him to build a healthy gap between him and the rest of the field so they couldn’t draft or pass. From then on, it was a matter of managing the lead and not making any mistakes. Thanks to good, smart driving, Benjamin crossed the finish in 1st as the checkered flag came out. This was Benjamin’s first win in the 2019 BRDC British F3 Championship! What better place to do it than at the historic, world-renown Silverstone track. 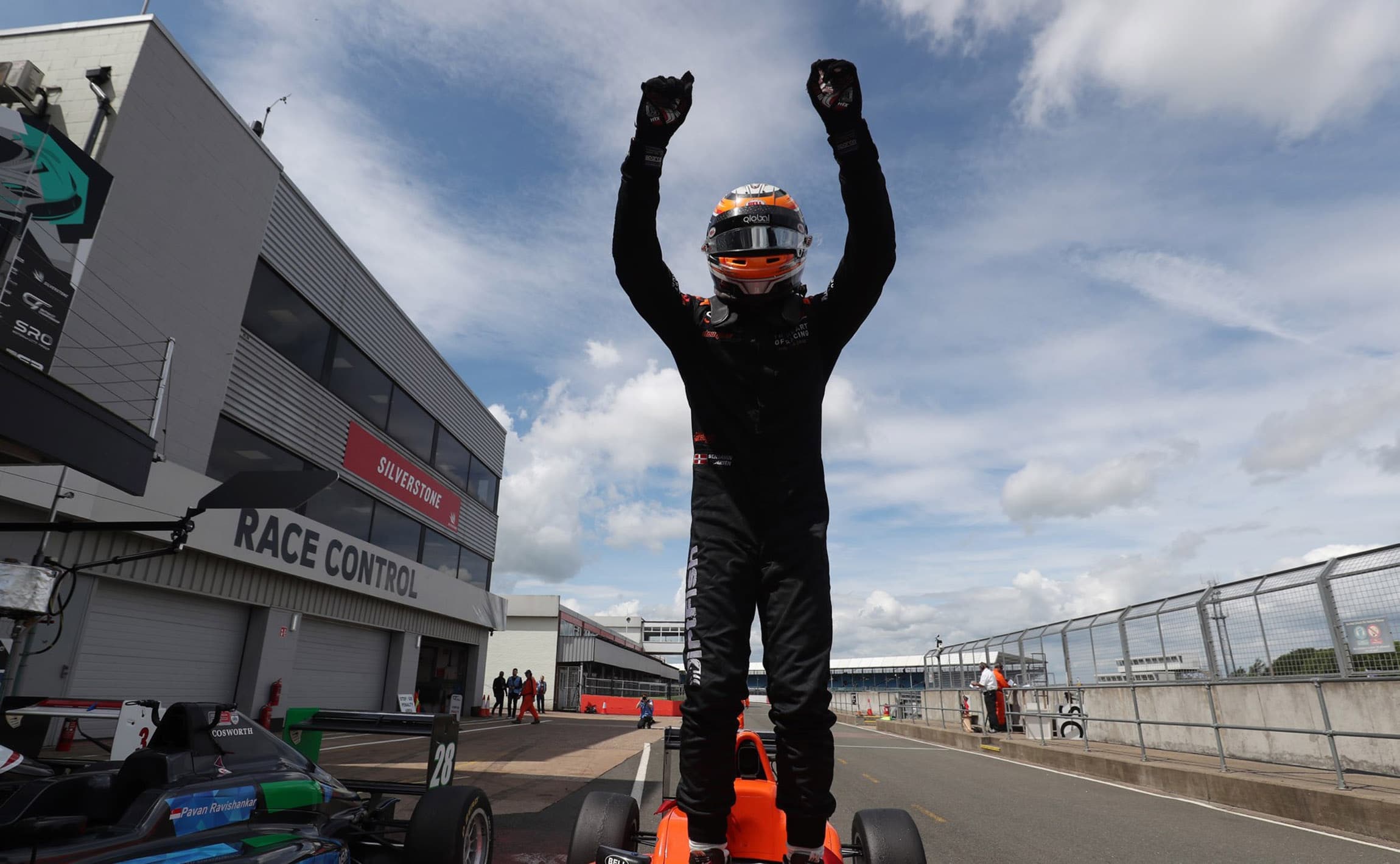 Race 3 – Sunday, June 9, 2019
For the third and final race of the weekend, Benjamin started from 12th position based on his second fastest lap time during qualifying, a good start was crucial. As the lights went out, he immediately began putting pressure on the driver in the 11th position, and throughout the opening lap of the race. Most of the other drivers had two new tires, which gave them a leg up. Benjamin was on a fully used set of tires, which made passing a bit more difficult. Despite that, the pace was still very competitive, and by the time the checkered flag came out, he managed to move up to P10 by the time the race had concluded. While it wasn’t the result of the previous race, he was able to come away with some good points towards the overall Drivers Championship.

Benjamin’s next race will take place on June 22-23 at Donington Park.

Learn How to Properly Use the Handbrake