When you think of American open-wheel racing, you think, mostly, of ovals. Yet in recent years we’ve seen a decrease in the number of left turns both in IndyCar, and the Indy Lights feeder series.

So with Indy Lights only including one oval stop on its schedule this season, the series’ visit to Gateway in St Louis was something DirtFish driver Benjamin Pedersen had his eye on for quite some time. He was duly rewarded, too, with Pedersen doubling his podium haul for the season with a brace of third place finishes in the weekend’s two races.

But for Pedersen they were the first oval starts of his career, coming after several years spent racing on the greatest road courses of Europe and America. Despite that though, he was instantly on the pace, despite having to learn on the job.

“We went testing the week before and that was my first ever time on an oval,” Pedersen explained. “That was my first taste of it and pretty much right off the bat we had really, really good pace. We were definitely top four on pace.

“We were quick, but there’s so many foreign things to me, being that it was my first oval, so I had to learn a lot of things,” he added.

Luckily in Indy Lights, with its two races per weekend format, drivers have the perfect opportunity to progress throughout the weekend. With that in mind, Pedersen was able to use his oval debut on Friday to perfectly set himself up for an even better Saturday.

“I would say the biggest difference between race two and one is the direction we went with the car for race setup,” he said. “We didn’t have it quite right in race one so we made some pretty big changes to the car overnight for race two and that made a big difference.

“It kind of goes back to knowing what you want in the car. Race one was my first ever oval race so it was kind of hard to say exactly what I wanted because I’d never even done an oval race, but now that we had done a race, and going into race two, we had a long talk with the engineer and for race two we had a much better race car and therefore we could stay a lot closer to P1 and two and kind of be in that mix, especially in the start of the race.” 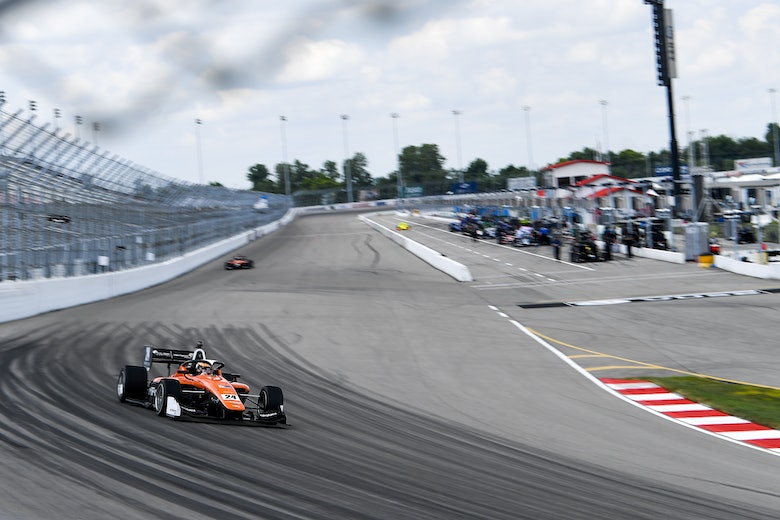 WHY RALLY KNOWLEDGE IS USEFUL FOR OPEN-WHEEL OVAL RACING

The changes paid off. While the end results may have mirrored one another, how he got there was rather different. On Friday Pedersen had a solid run in fourth until team-mate Linus Lundqvist crashed out. Meanwhile, Saturday had Pedersen running on the tail of the lead duo for the distance of the 62-lap race, comfortably locking in podium number four of the year by race end.

With Indy Lights’ showpiece oval excursion now in the books, does Pedersen wish there was more on the calendar? While he still enjoys turning left and right, he certainly would welcome more ovals to the schedule, especially following the recent announcement that IndyCar will be returning to Iowa in 2022.

“It was super, super fun. A lot of people have asked me ‘so do you like ovals better than road courses?’ but its’ 50:50 because they’re so different from each other but I really really enjoyed it.

“It was really fun, it makes me really excited to hopefully have events like the Freedom 100 on the calendar for next year, where it’s more of a superspeedway with higher speeds,” he added. “I wish we had more ovals on the calendar but that’s something I can look forward to in the future.

“I would hope for another Gateway [race], I would hope for Iowa – I’ve never been to Iowa because I haven’t done any other ovals than Gateway now, and then especially the Freedom 100, just with how big that event is, being that it’s on Carb Day for the 500 and at the Indianapolis Motor Speedway and together with IndyCar, it’s just a huge event and that would be the pinnacle for Lights so that’s one I hope to be on the calendar next year.”

Before any thoughts of oval returns though, attention turns to Indy Lights’ next race at Portland International Raceway, one of the US’ most iconic road courses, but one that could provide a similar experience to the Gateway oval.

“I think the track looks like it’s a bit more medium and low speed and there’s kind of one high-speed corner so it’s a bit more favored towards a low-speed technical track,” Pedersen said. ”I’ve driven so many tracks in my career all over England, in Europe, and here in America so at the end of the day I think it will be really really tight like it was at the oval because it’s a short lap, and most teams have been there before so the cars will be very close from a performance perspective. 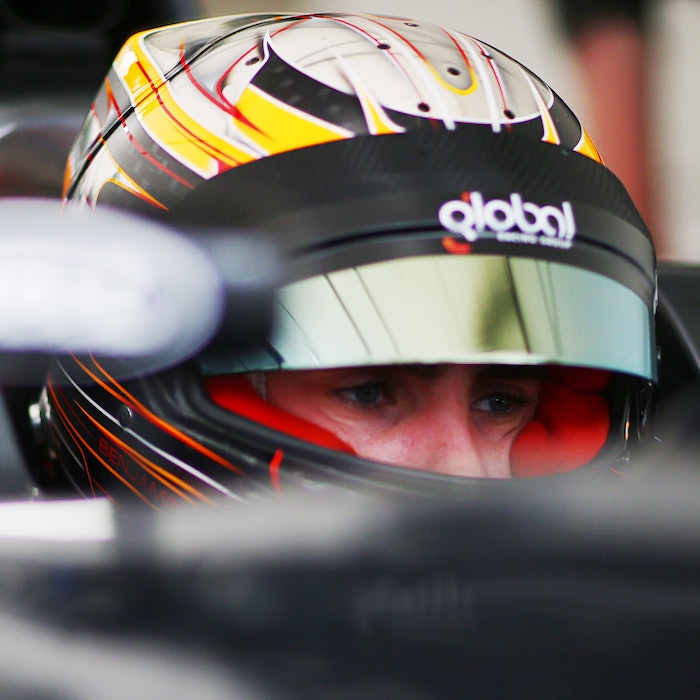 Obviously the future, where I’m headed, is IndyCar so to get a taste of that would be huge

Portland begins the run-in to the season’s conclusion, with a stop at Laguna Seca and a return to Mid-Ohio following. Pedersen currently sits fourth in the championship points, just 67 points off third, which remains a clear aim as the top-three all get rewarded with a full IndyCar test following the conclusion of the season.

“That would be huge if we could get that,” he said. “Obviously the future, where I’m headed, is IndyCar so to get a taste of that would be huge but in order to achieve that we need to be towards the front and getting many points so that stays the focus.

“I’m fully focused on this year, absolutely, but definitely there’s another side where I’m focussed on next year.”