There are countless companies who make tires for streetcars, however very few of these companies manufacture actual rally tires. But, what makes rally tires so special and how do they differ from the tires you would see on your car?

Although there aren’t many companies that make them, the ones who do, do it very well. Each company has their own tread patterns and special compounds built specifically for the harsh environments of rally. The one characteristic these tires all have in common are the sidewalls: because the roads are rarely smooth and are littered with hazards, such as large rocks protruding from the road, potholes and other unseen obstacles, the tires have to be extremely strong. They all have very thick sidewalls, making them extremely rigid and able to take the constant battering that comes with rally (think of it like a 15” run flat tire). Some companies even add ribs to the outside of the sidewalls, which are placed there to help deflect rocks and resist punctures. 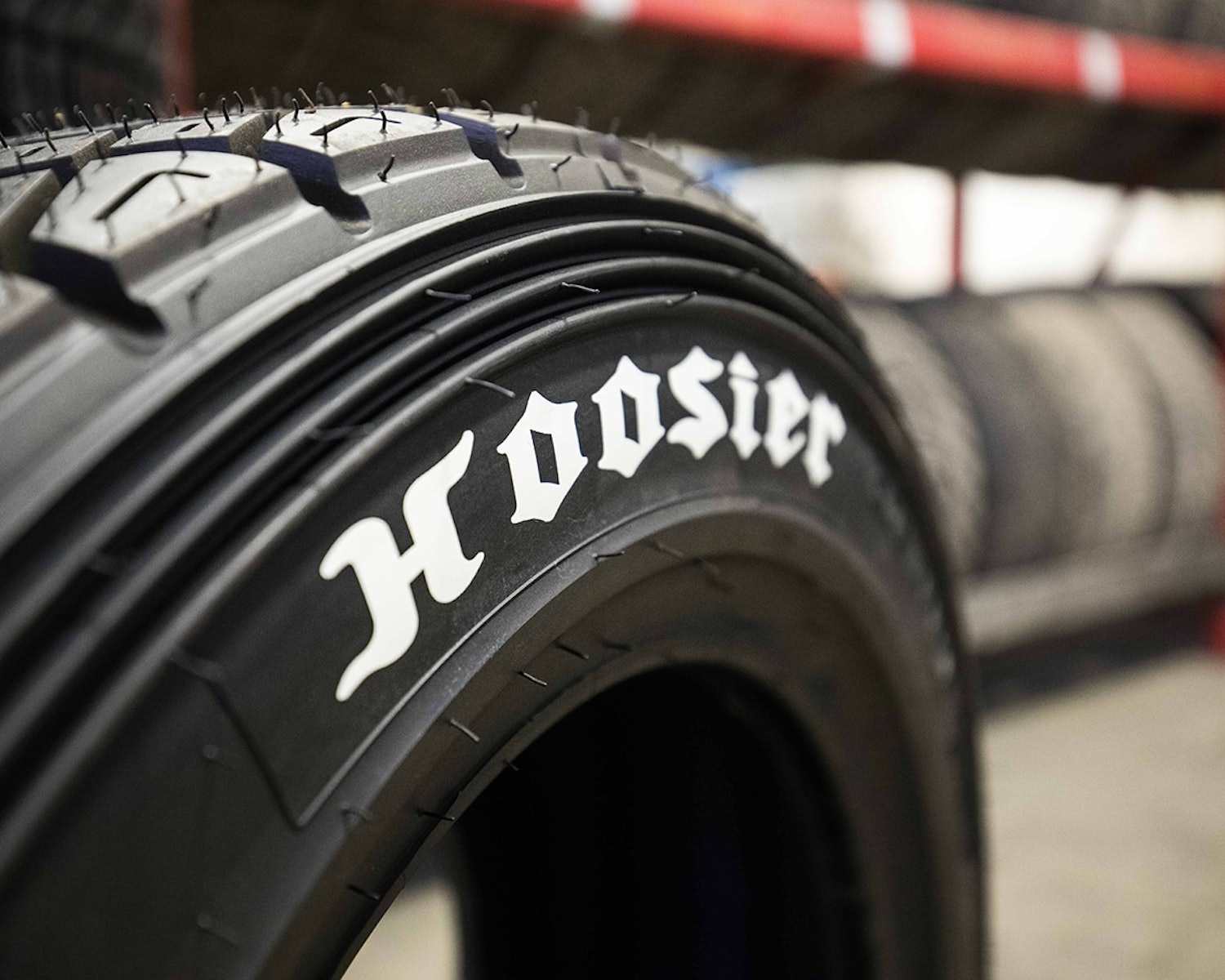 The other feature they all have in common are larger, chunkier tread blocks (similar to an off-road truck tire). While they all have tread that is built for getting the most traction on a loose surface, that’s where the similarities end. Each company has their own distinct tread patterns that also help maximize traction in different circumstances (Hoosier makes tires that demonstrate this very well). There are one to two strips of straight tread block on the inside of the tires, giving the driver maximum grip during acceleration and braking. As you move towards the outside of the tire the tread pattern is built more for turning, giving the driver the best possible traction in different severities of corners. 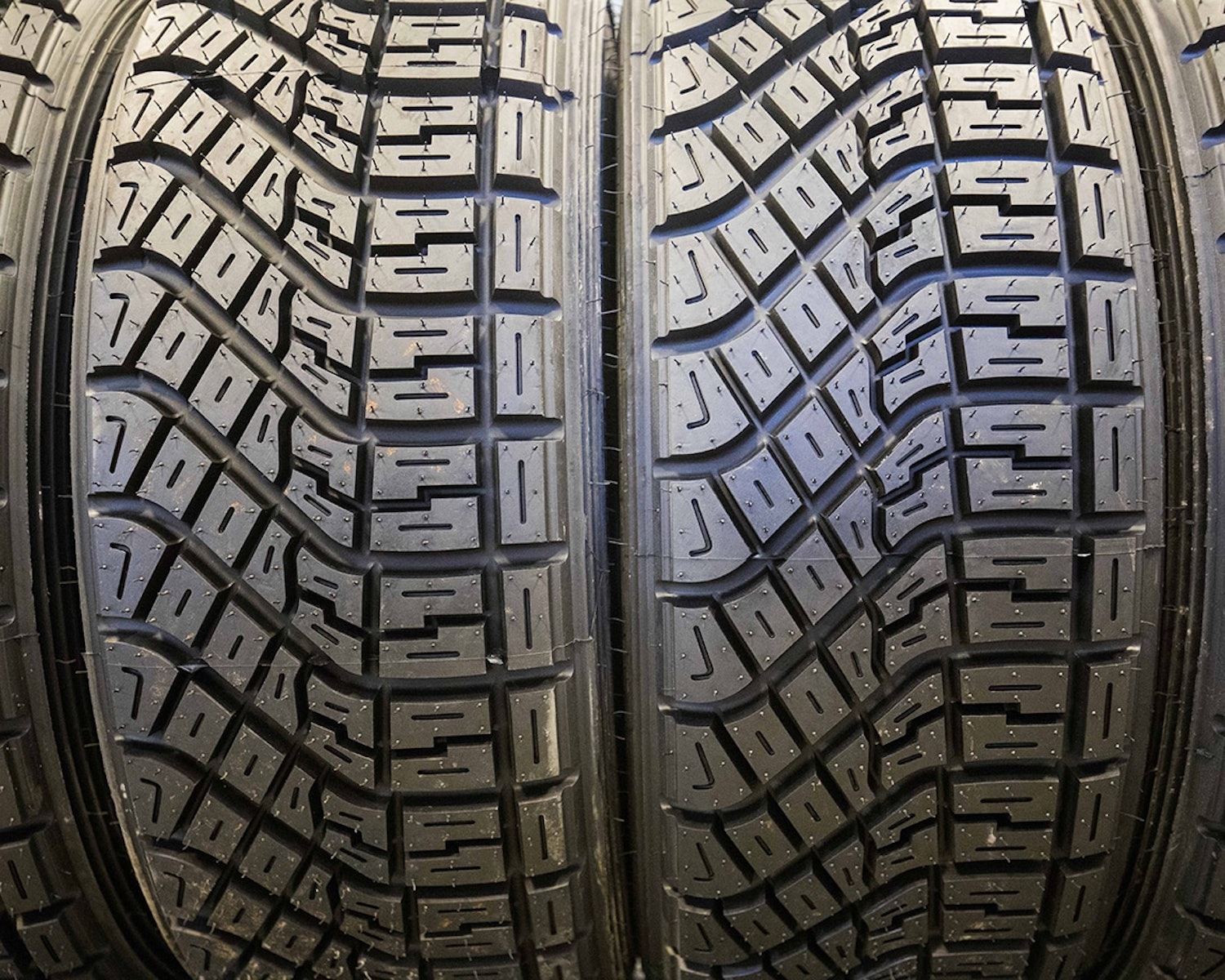 The next important part of the tire is the compound – just like street tires that have different compounds for different types of conditions and roads, rally tires do, too. The compounds range from soft, medium, hard and everything between. There are many different factors that are worked into the decision for which compound to use, including temperature, stage length, road surface and weather. It’s always going to be a question of better grip or a longer wear rate. At DirtFish the roads we use are hard packed with VERY abrasive gravel, so we tend to opt for a harder compound tire that will last longer. 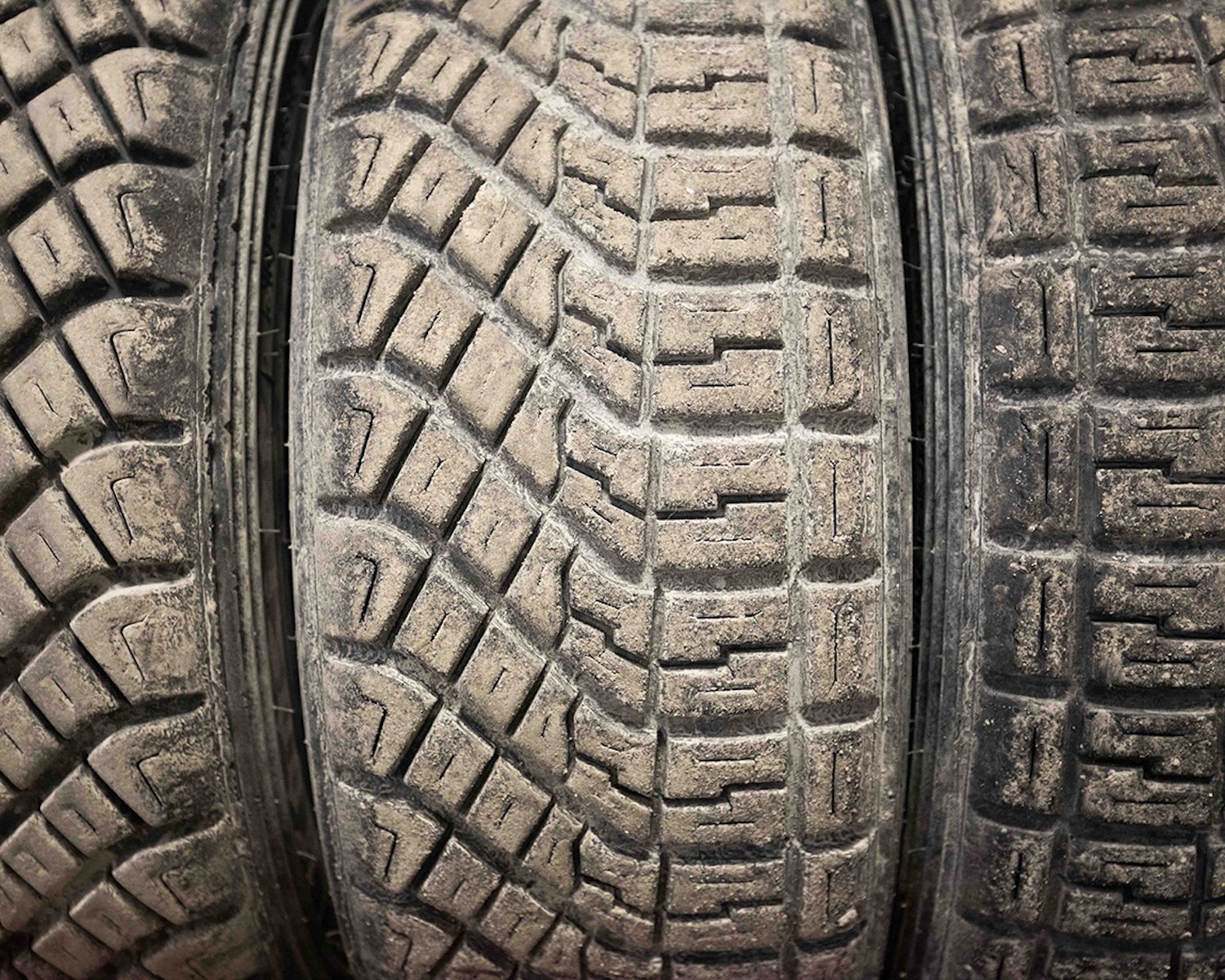 What about snow/winter rallies? There are a couple of manufacturers that make rally-specific snow tires. Commonly there are three different kinds of snow tire; ones for deep/soft snow, ones for hard-packed snow and others made for ice. The most common deep snow tire is built the same way as a gravel rally tire, but have a very soft compound with a wide open tread pattern (studless). For hard packed snow, people choose a tire that is similar to a snow tire you would see on everyday streetcars (studless or studded). Finally, the tires built for ice are very different from the rest. They are extremely narrow (almost half the width of the gravel tire) and are equipped with large studs or spikes, virtually giving the cars more traction that a gravel tire on a dirt road. You won’t see any studded/spiked tires competing in rallies in the US, as the sanctioning bodies do not allow them (some Canadian rallies allow studs). 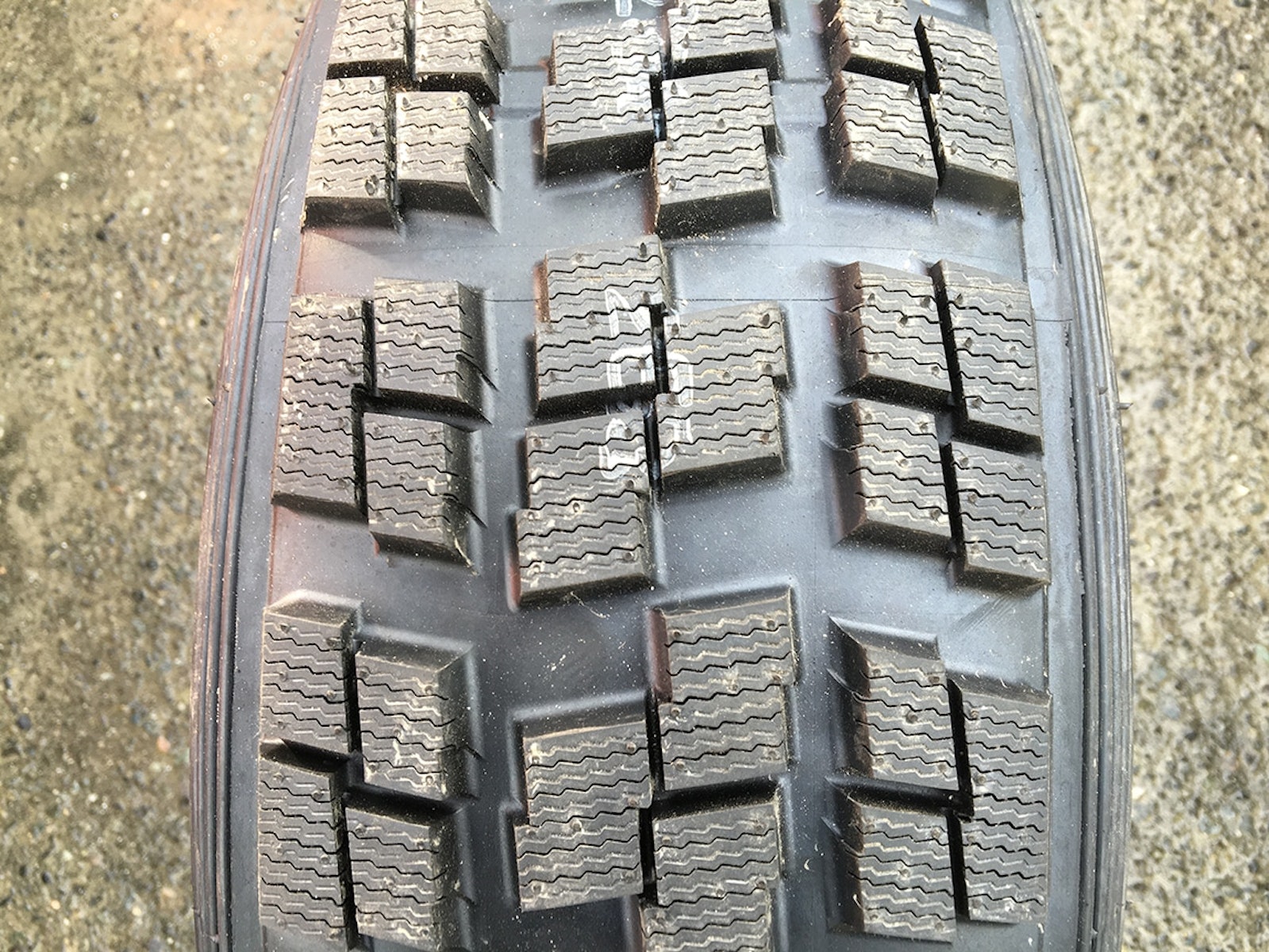 Although there aren’t many companies that manufacture rally tires, they are a key part of the sport. Without these specially built tires, there wouldn’t be the speed and reliability you see in races these days.