For a little over a year now, the DirtFish Motorsports team has been competing in the Red Bull Global Rallycross events in every corner of the United States. These events have been held at iconic locations that make for a great backdrop to the action.

Conner Martell and the DirtFish team were recently presented with the opportunity to compete in the Canada round of the FIA World Rallycross Championship. The FIA World RX has built an amazingly successful and well-attended series at purpose built rallycross tracks all over Europe and Canada. The reputation they have built over the years has attracted some of the biggest names in rally and rallycross including Sebastian Loeb, Petter Solberg, Ken Black and Topi Heikkinen. 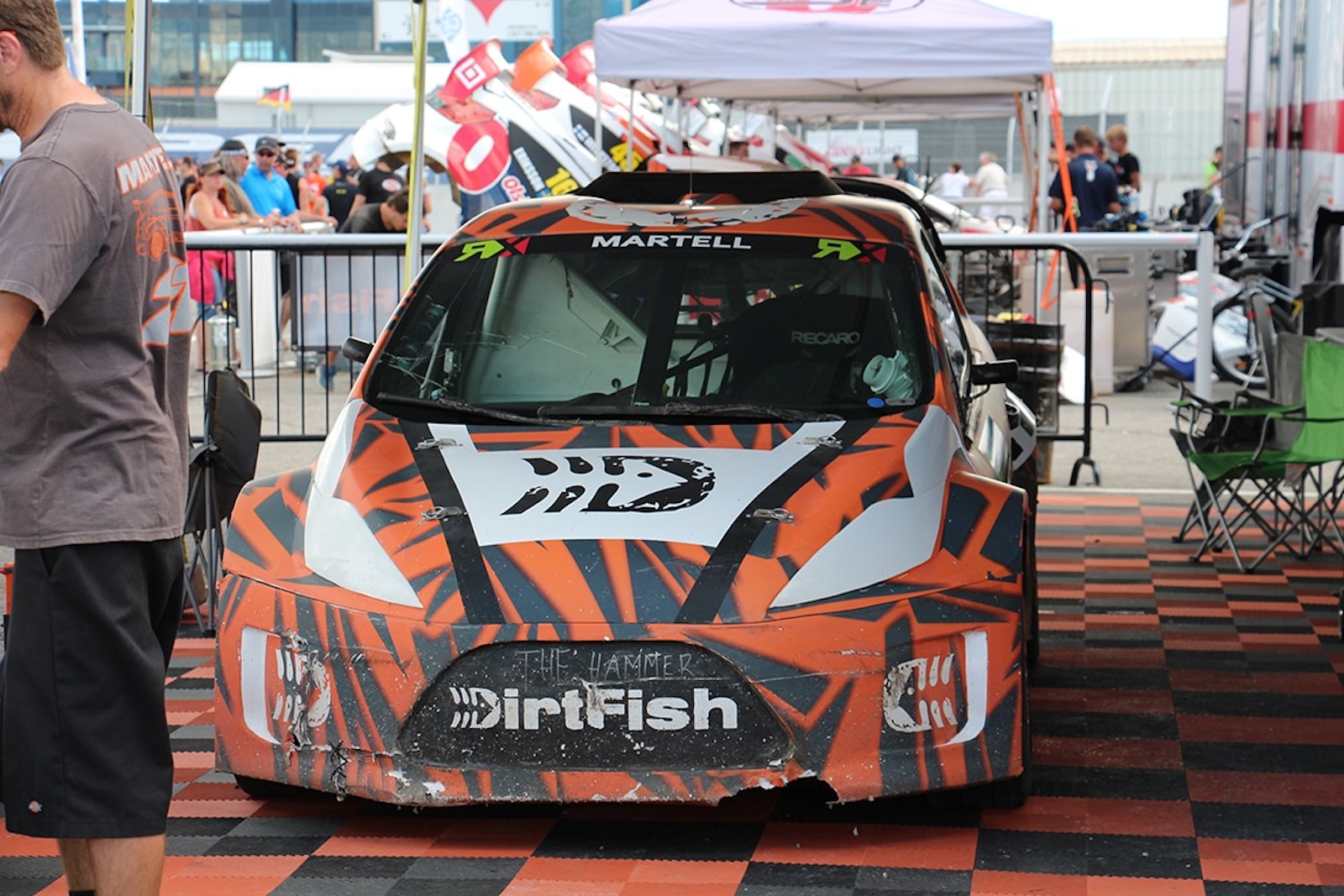 Each of the venues has a true, purpose built track that consists of 40% gravel and 60% tarmac, two jumps and a joker lap that requires an immense amount of strategy. There are also multiple different motorsports events that happen throughout the weekend, which include Super Moto, UTV Rally X and Formula Drift Canada. World RX focuses on the fans, making sure their experience is one they will enjoy and not forget with great views of the racing and so many other activities for them to enjoy. This is probably part of the reason why these events draw such massive crowds.

With the event spanning three days, everything started on Friday afternoon with fans lining the streets of the old downtown to watch a parade of all the rallycross cars, drift cars, dirt bikes and UTVs (you can probably imagine how loud that was). The parade of cars lead to a Parc Expose style show where the fans were able to interact with the drivers and get up close to the cars. Once that began is when the party really got started, with a DJ, drift cars doing donuts, dirt bikes hitting jumps and free Monster Energy drink for everyone.

With all that said, it was still a race weekend for Conner Martell and the DirtFish Motorsports team. They knew that they would be up against some of the best drivers in the world and it wasn’t going to be an easy weekend.

Racing started on Saturday morning with RXLites practice to get a feel for the track, knowing which lines to take on each of the corners and begin to see where Conner stacked up against the competition. Next were the heat races. Normally, in Red Bull GRC each driver gets two heat race opportunities, but in World RX the drivers are allowed four chances. 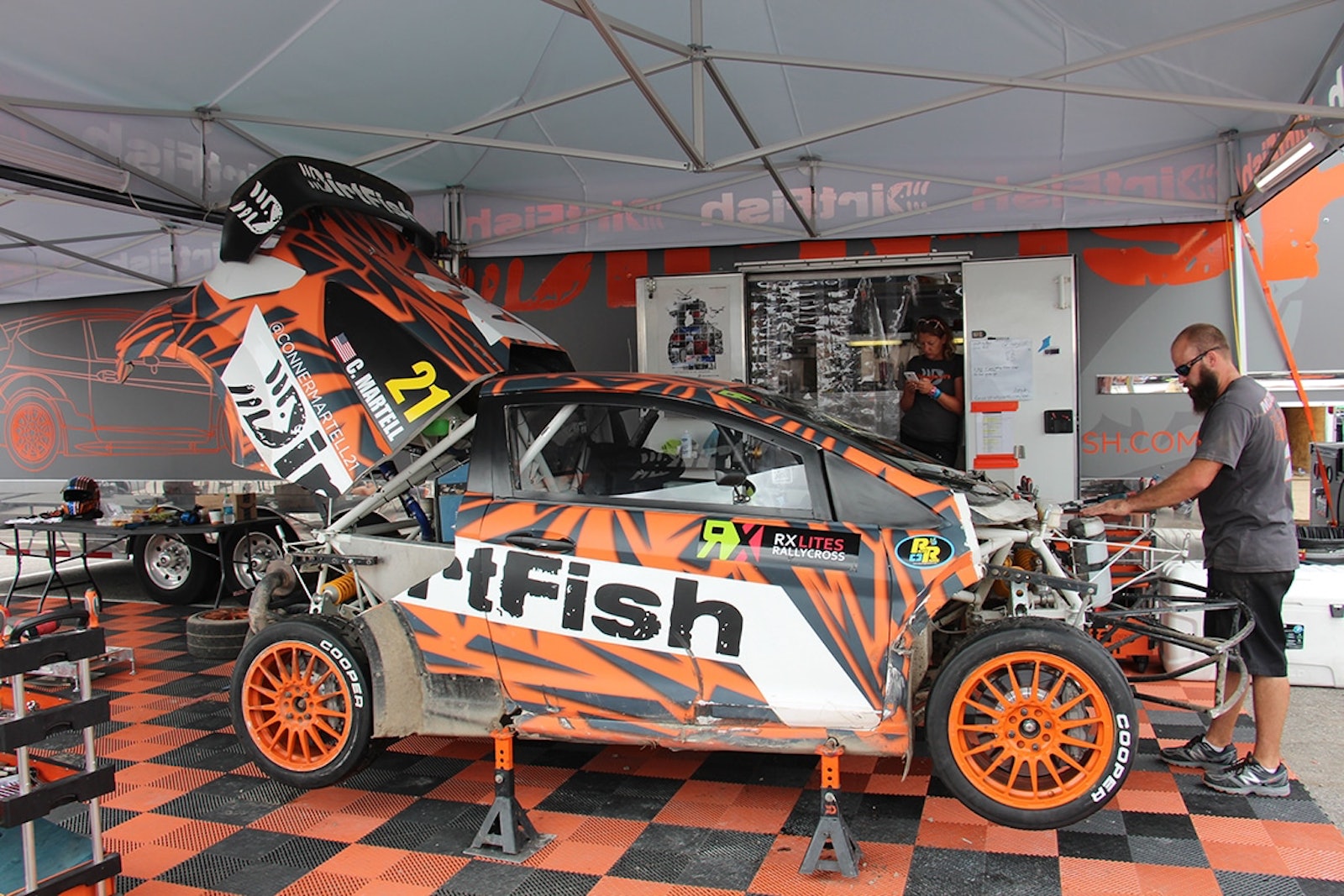 The following day was dedicated to the semi-final and final races. Conner and the team started out the day on top, achieving their first World RX win in the semi-final. This only helped prove that he and team have what it takes to be competitive with some of the best in the world.

Unfortunately, the final didn’t go as well as the semi. Because of his win in the semi-final Conner was starting from P2 in the final. This worked in his favor right off the line, slotting into 2nd place right off the bat. Immediately after the start, the skies opened up and what was a light rain became a torrential downpour, essentially turning the track into an ice skating rink. Through turn 5, Conner moved a little off the racing line and into standing water, causing him to slide into the wall bending pieces of the suspension. Following the impact, he pushed the car hard keeping on pace with the rest of the field. Even with a car that wasn’t tracking straight, Conner was able to crabwalk it across the line and finish in a solid 5th place.

Overall, the weekend was successful for everyone involved. While we didn’t achieve the finish we had hoped for in the final, Conner was able to win the semi-final. It was also great for the entire team and DirtFish organization to see how a different series is run, in comparison to Red Bull GRC. We hope to expand and compete in more of the FIA World Rallycross event around the world.