SNOQUALMIE, WA, May 9th, 2016 – DirtFish is extremely excited to announce a new partnership with 3-time British Rally Champion, Mark Higgins, who will be racing on the Isle of Man TT course. Mark will be attempting to break his previous 4-wheel lap record that he set in 2014. Mark will be yet another amazing representative for the DirtFish brand in the world of motorsports, on one of the most iconic stages in motorsports each year. 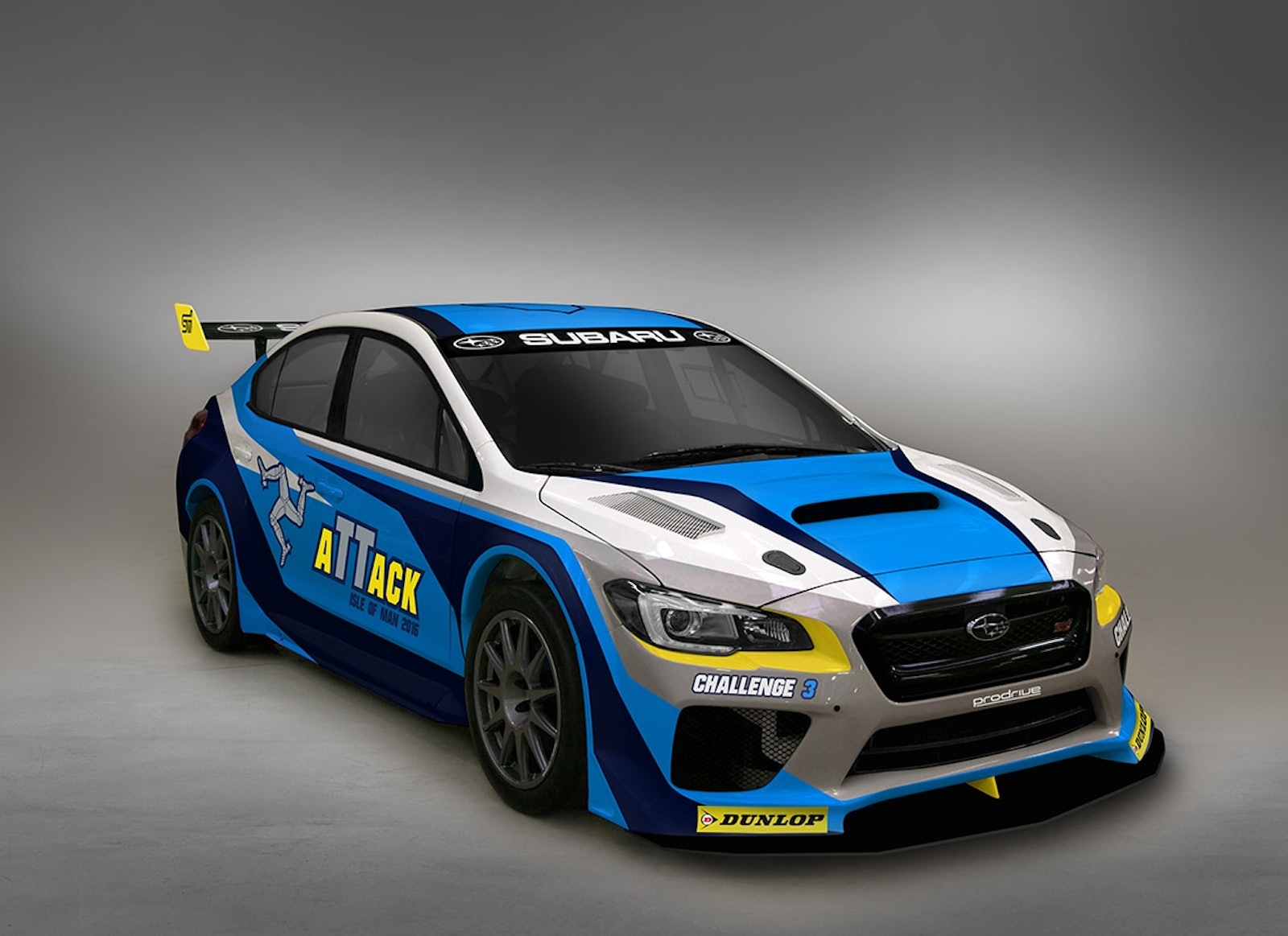 2014, saw Mark take on the fabled TT course (famous for hosting the annual motorcycle races) in a production based Subaru WRX STI with the goal of beating his previous record from 2011 (in a 2011 Subaru WRX STI), In setting a new record for a 4-wheeled car: Mark annihilated his prior record. During this year’s race, on June 10th, Mark will be attacking the 37.75 mile loop in an all new purpose built 2016 Subaru WRX STI time-attack car. Subaru of America has teamed up with world-renowned Prodrive to jointly develop the car, with technical assistance from Subaru Tecnica International (STI).

Higgins says, “It is great to team up with Dirtfish for this year’s TT record attempt. I have known Steve [Rimmer] for many years and have had the pleasure of driving many cars in his rally car collection. The link between DirtFish and Subaru Of America offered the perfect opportunity to partner with the leading rally school in the United States. This will be our third attempt at the famous 37.75 mile Isle of Man Mountain Course. During the previous two attempts in 2011 and 2014, we used production based Subaru WRX STI’s with an average speed of 117.5 MPH, so it will be very interesting to see how we get on with the Prodrive built Subaru WRX STI!”

“I’m hoping this year won’t involve another sideways moment at 155mph, as in 2011… I will save that for the DirtFish rally stage!” said Higgins, referring to the epic save he made during one of his runs in 2011. See the amazing save below.

Higgins, who hails from the Isle of Man, joined the ranks of other rally-greats such as Colin McRae, Richard Burns and Stig Blomqvist, winning the British Rally Championship in 1997, 2005 and 2006. The 2006 championship was even won in a Subaru STI. Higgins also competed in the European Rally Championship, winning the 1995 Rally Turkey. He is also a very accomplished stunt driver, appearing on the hugely popular Top Gear along-side the Stig, and has also been one of the main stunt drivers for the three most recent James Bond films.

“DirtFish is delighted with the opportunity to align with an exceptional product, [STI] produced by an iconic brand [Subaru] and driven by an accomplished driver [Higgins]” Says DirtFish owner, Steve Rimmer, continuing to say, “Teaming all of these elements together to attempt to break an already astounding record provides a unique opportunity for DirtFish.”

Rimmer had this to say about Higgins on a personal level: “I have known Mark for a number of years and have had the privilege of having him drive a number of cars on my behalf. Mark is the consummate professional who is always thoroughly prepared for the task at hand. His attention to detail, as well as his ability to relate the performance and handling of the car to its set up, has been instrumental in his success within both the motorsports and stunt-driving worlds. Mark’s competitiveness and talent will assure the best possibility to break his own momentous record.”

When it comes to the car, the 37-mile long Isle of Man TT course is one of the most demanding race courses in the world, right up there in difficulty with circuits like the Nurburgring and Le Mans. Subaru has already proven that their cars are up to the task, already achieving the record two times. Now with Prodrive and STI building the new car and Higgins behind the wheel, we have no doubt that Subaru will raise the bar even higher this year and set a new record.

Nestled in the foothills of the Cascade Mountain Range in the scenic town of Snoqualmie, WA, DirtFish Rally School is the only full-time rally school in the West Coast and boasts an impressive array of Subaru rally cars, rally driving programs and memorabilia to suit enthusiasts of all ages. Based at the former Weyerhauser Lumber Mill site, the property itself boasts a rich history, having been the second all-electric lumber mill in the country in 1914. A century later, in October 2010, DirtFish opened its doors with the goal of offering unparalleled training in top-level vehicles, as well as provide unequaled opportunities for vehicle testing, specialized training, corporate/team events and more. Rally heaven awaits any student enrolled in one of DirtFish’s many programs, from the simple Two Hour Taste of Rally program all the way up to the Three Day Ultimate Rally Experience and onto advanced an private training in both rally and rallycross, in either all-wheel drive Subaru STI’s or rear-wheel drive Subaru BRZ’s.

Check out what DirtFish is up to on social media at:

For more information on the rally school visit: DirtFish.com 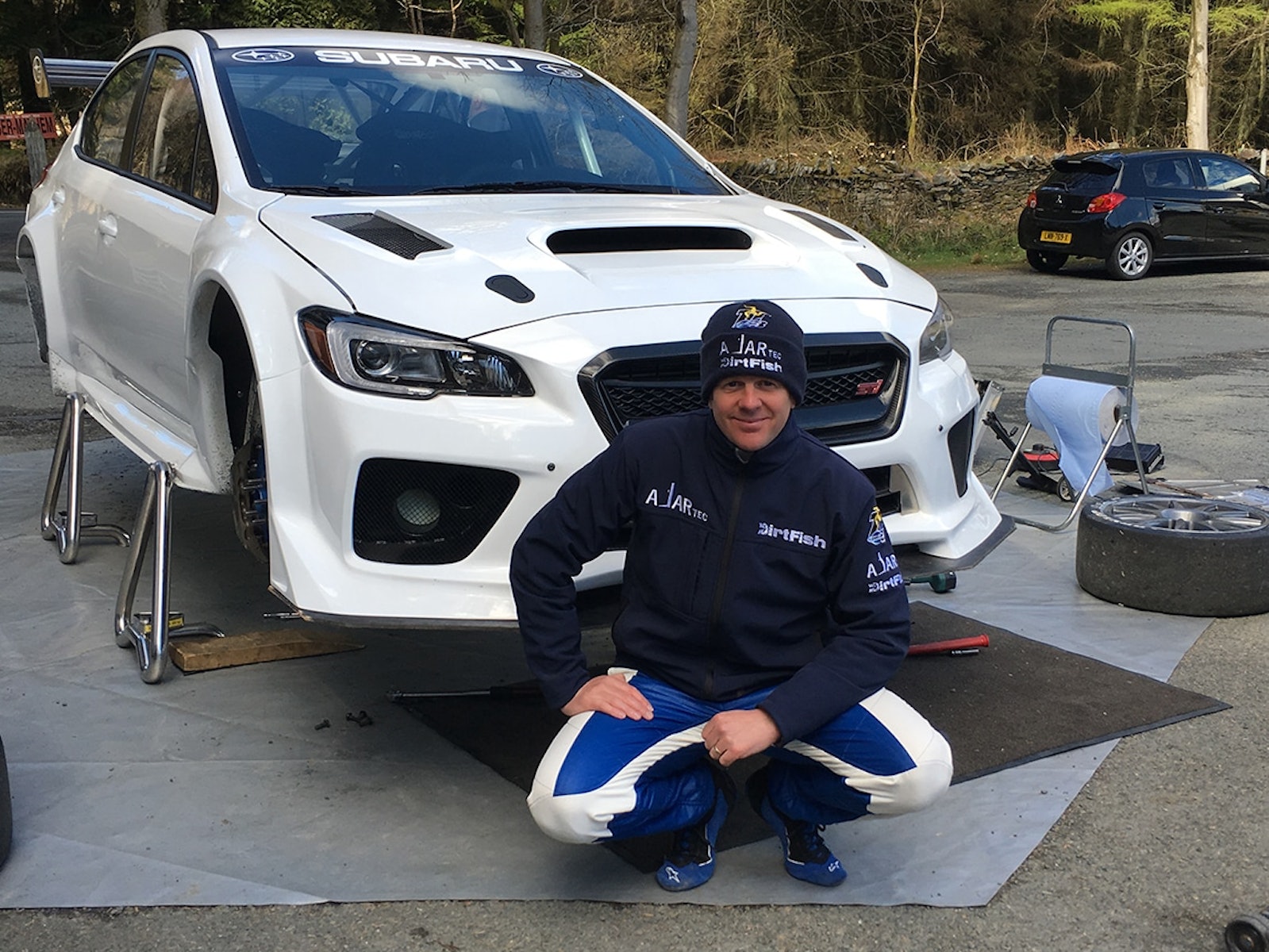 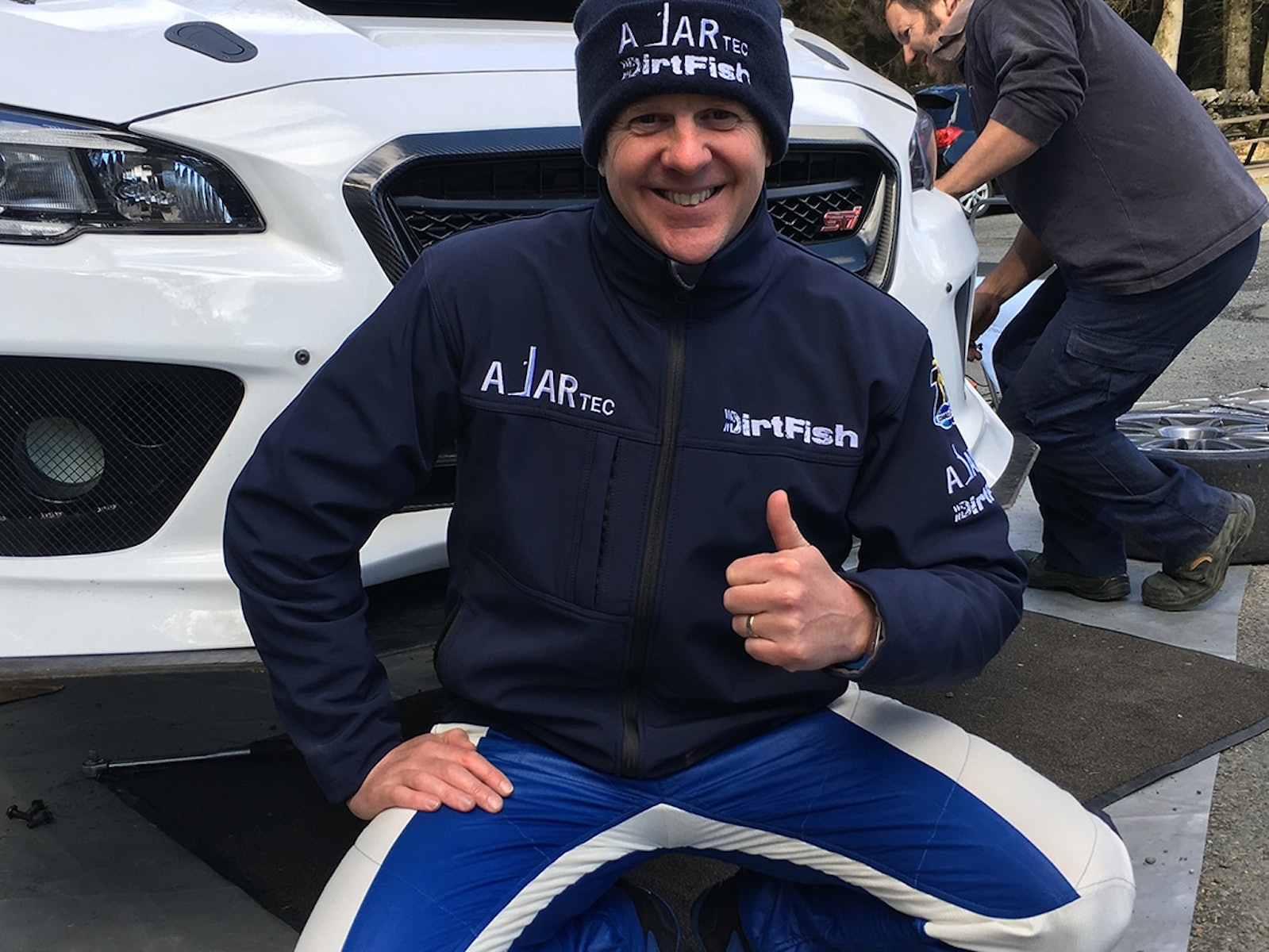 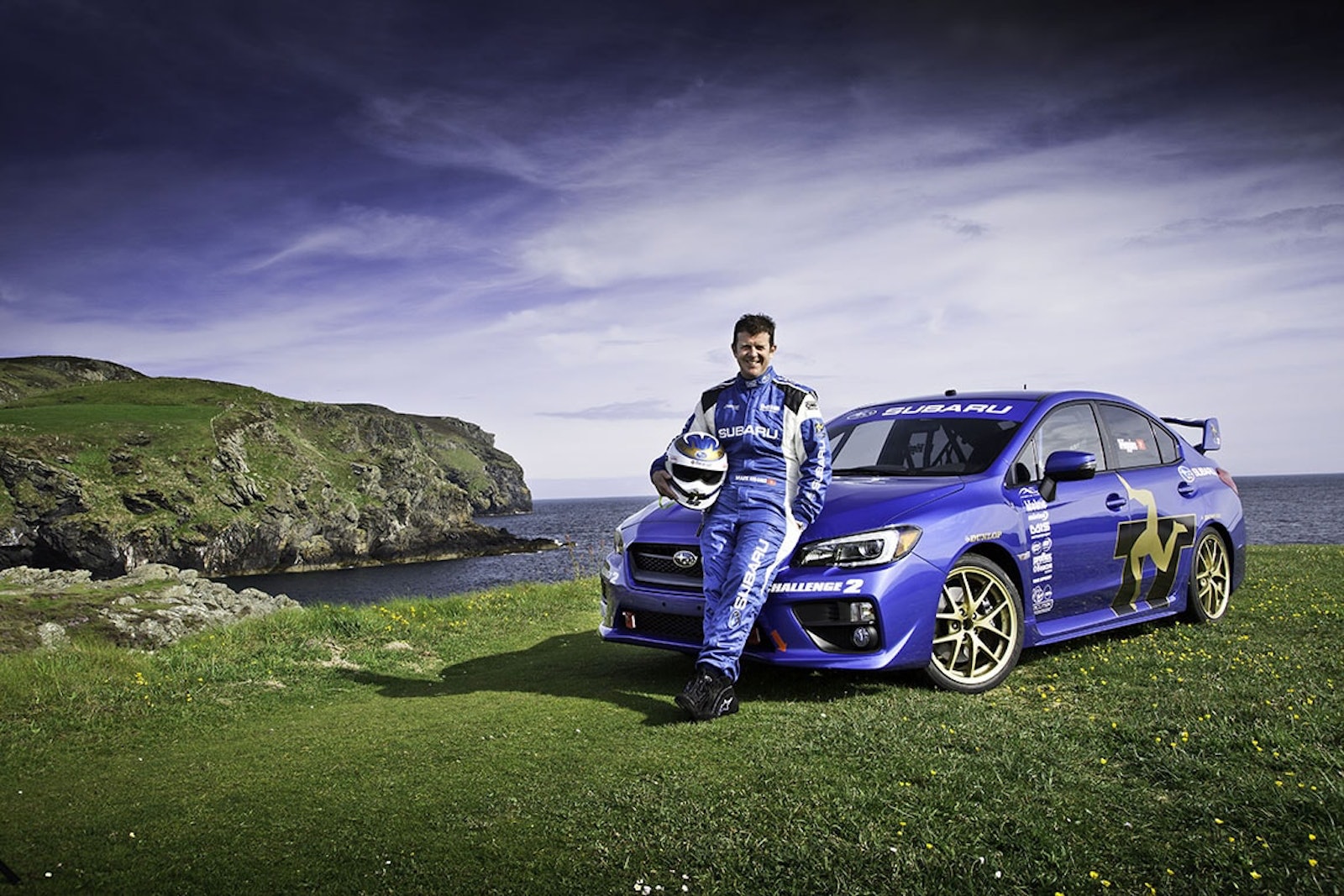 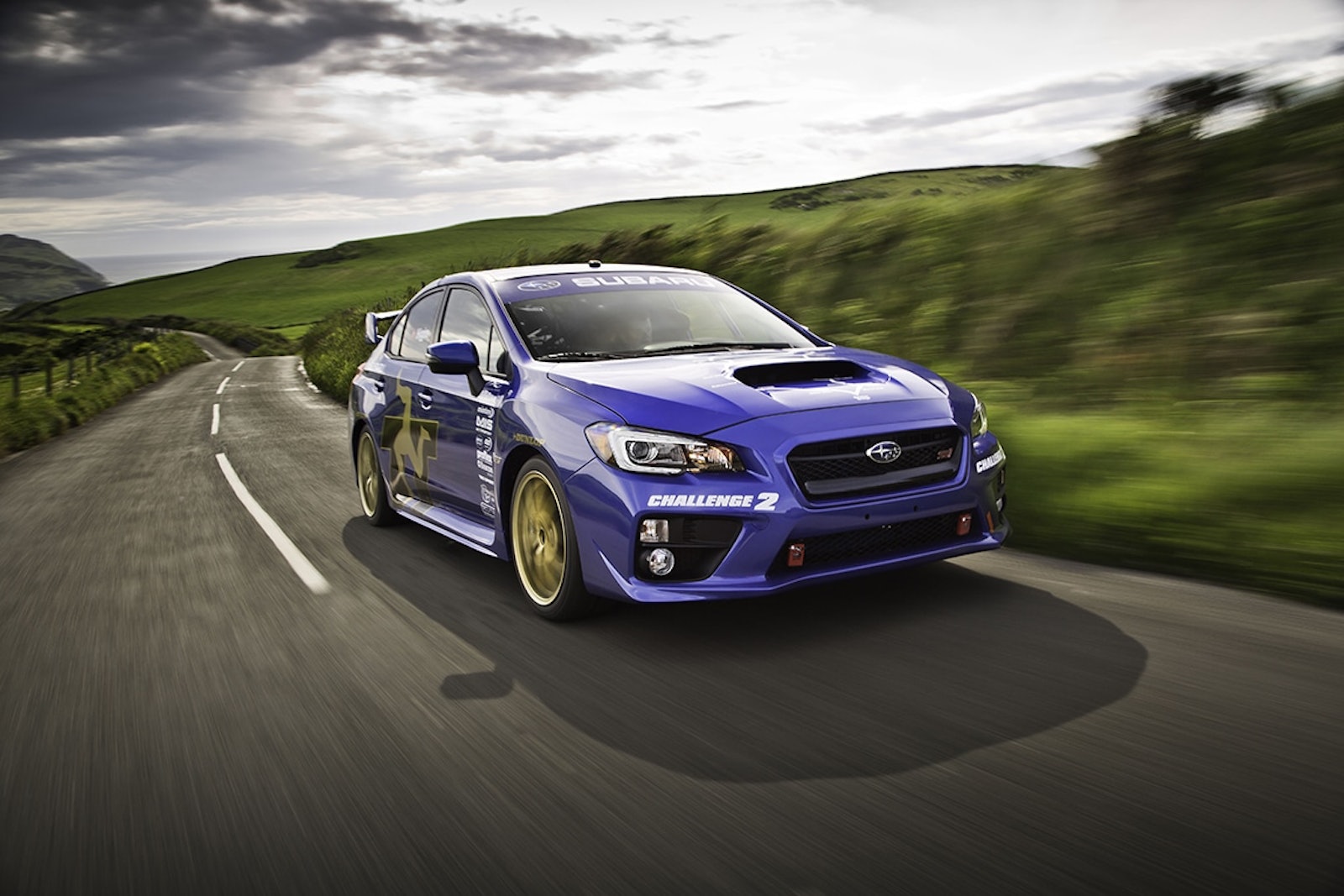 Photos courtesy of Subaru of America and Mark Higgins