This past weekend was the 5th stop on the 2015 Cascadia International Rally Championship (CIRC) schedule, and this time the competitors headed north across the border to Merritt, British Columbia for the Pacific Forest Rally (PFR). Not only is PFR part of the CIRC, it is also one of six stops on the Canadian Rally Championship calendar (CRC). DirtFish Driver, Antoine L’Estage, will also be racing to extend his lead in the overall CRC championship. 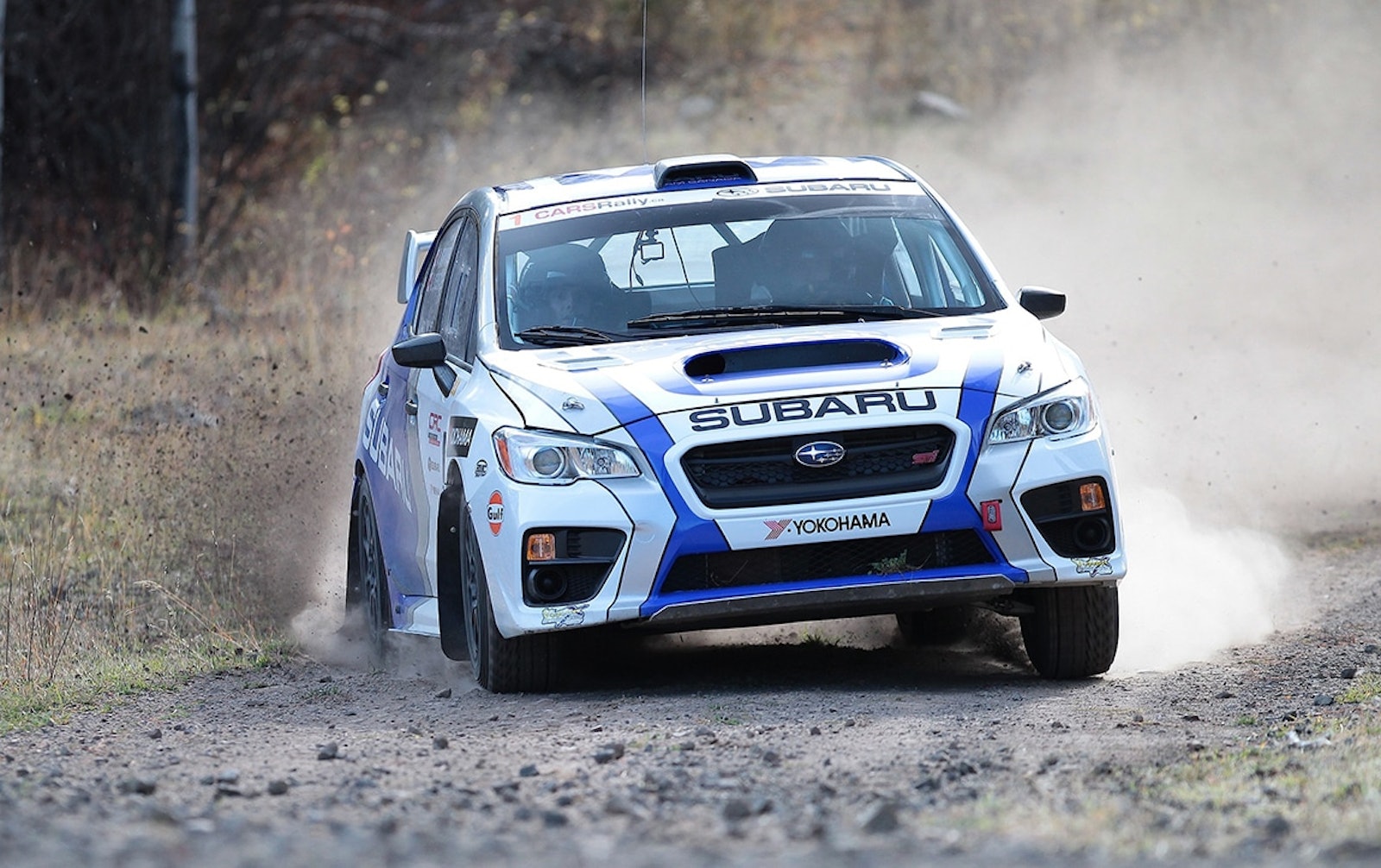 The first stages started late Friday afternoon, which meant that the teams would need to be prepared to run at night. Antoine started the night off right, putting down the fastest stage times by over a minute on the first two stages. His domination continued throughout the night, finishing off the evening leading by two minutes over the nearest competitor. The following day, Antoine continued to lay down very fast times until a mishap caused a few suspension parts to break. This didn’t stop them though; with the help of a few wrenches from their tool kit along with hose clamps and a ratchet strap, they were able to get the car back to service. The Rocket Rally crew replaced each of the broken parts, allowing Antoine to continue his dominance. When it was all said and done, Antoine took 1st place with a three and a half minute margin over the nearest competitor. 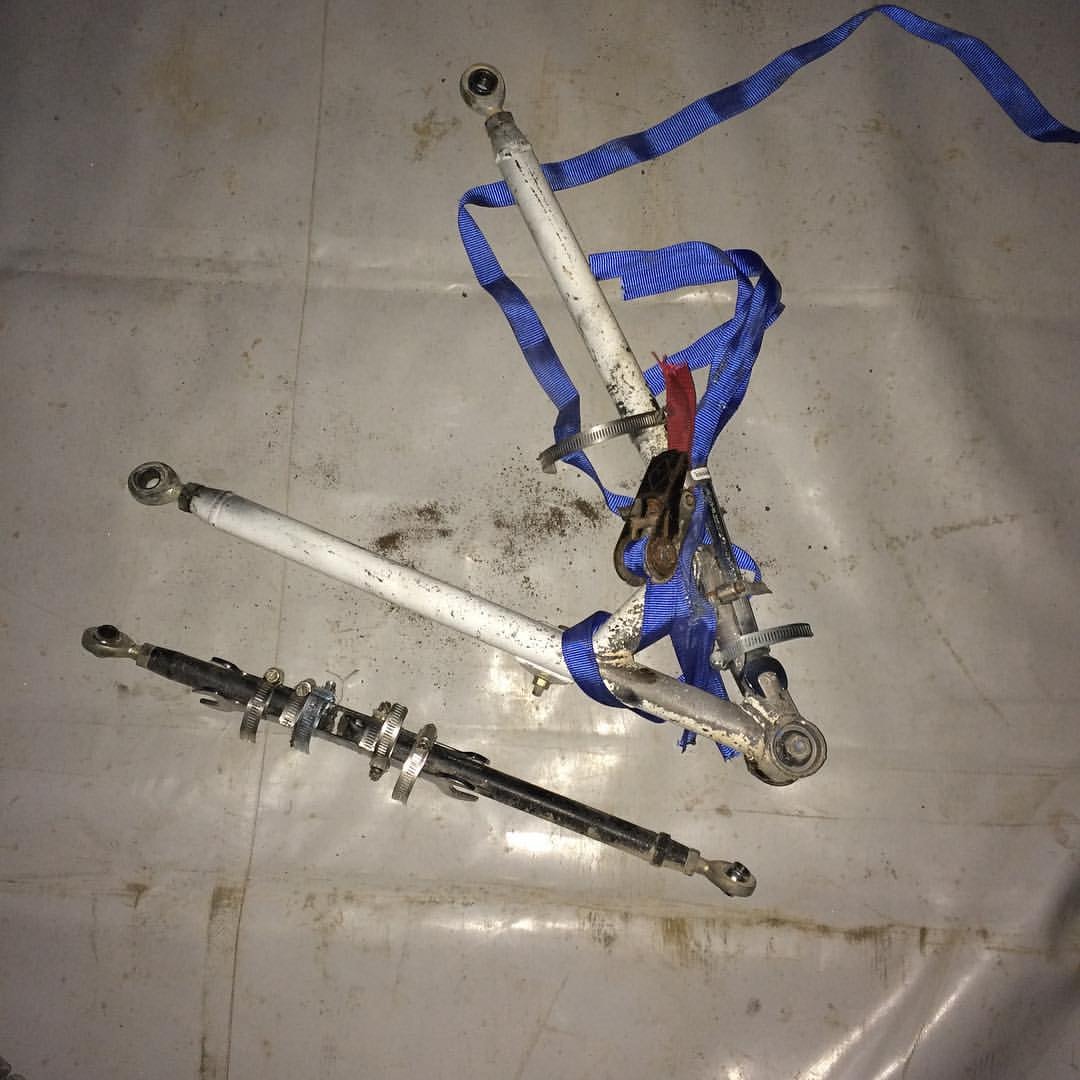 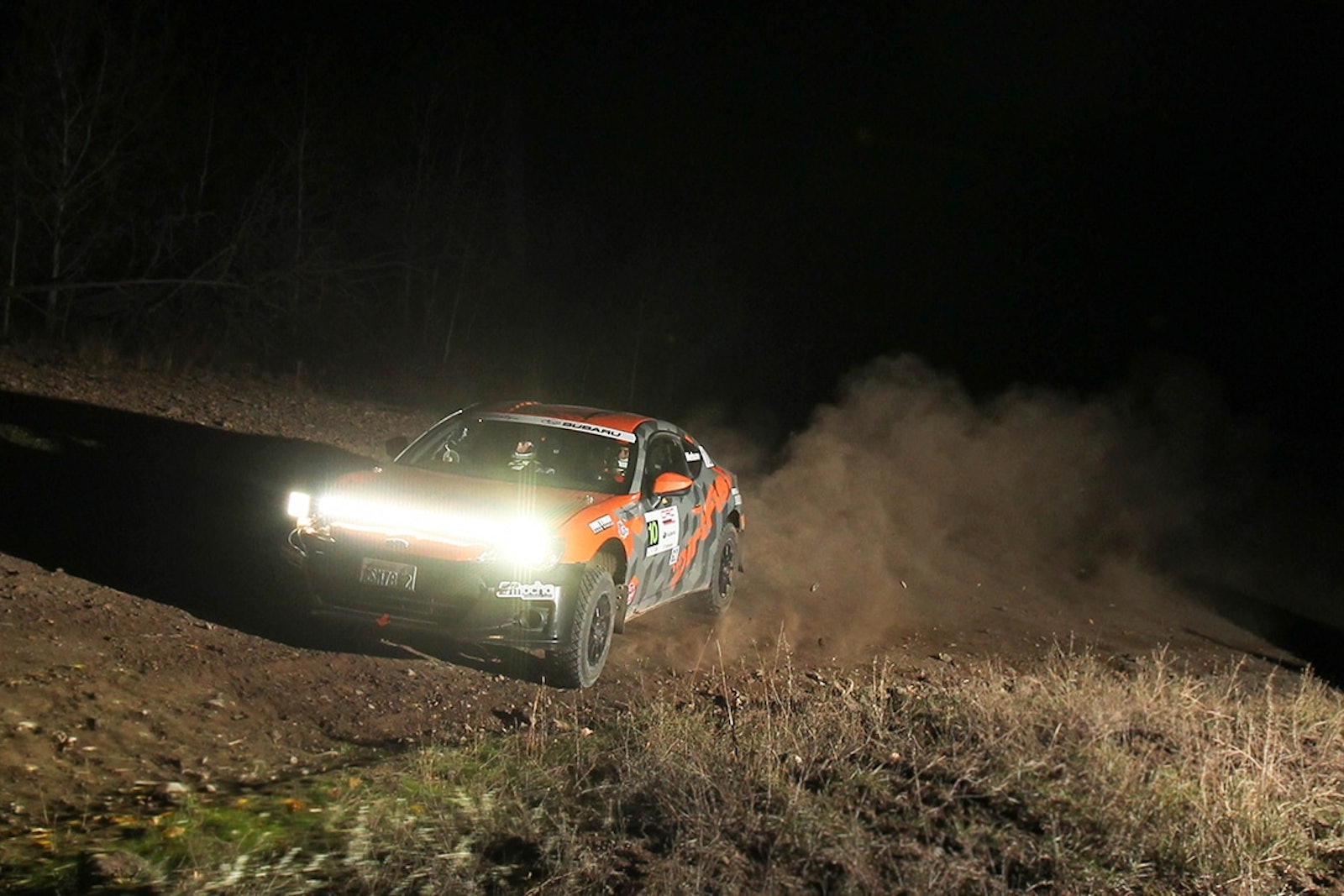 Derik Nelson, driving the DirtFish Subaru BRZ, alongside co-driver, Adam Newell, started the first night off strong in the Two-Wheel Drive class, laying down the some of fastest stage times, not far behind class leaders, Dave Clark and Billy Irvin. The duo achieved an amazing 3rd place overall in the 2014 Pacific Forest Rally in a BMW M3, so while the BRZ is a bit down on power in comparison to the BMW, the overall setup and engineering should make up for some of that. The car ran great all weekend, with Derik consistently laying down the fast times on the each of the stages. In an unfortunate turn of events, he hit a large rock in the road causing suspension parts to fail, ending their rally. 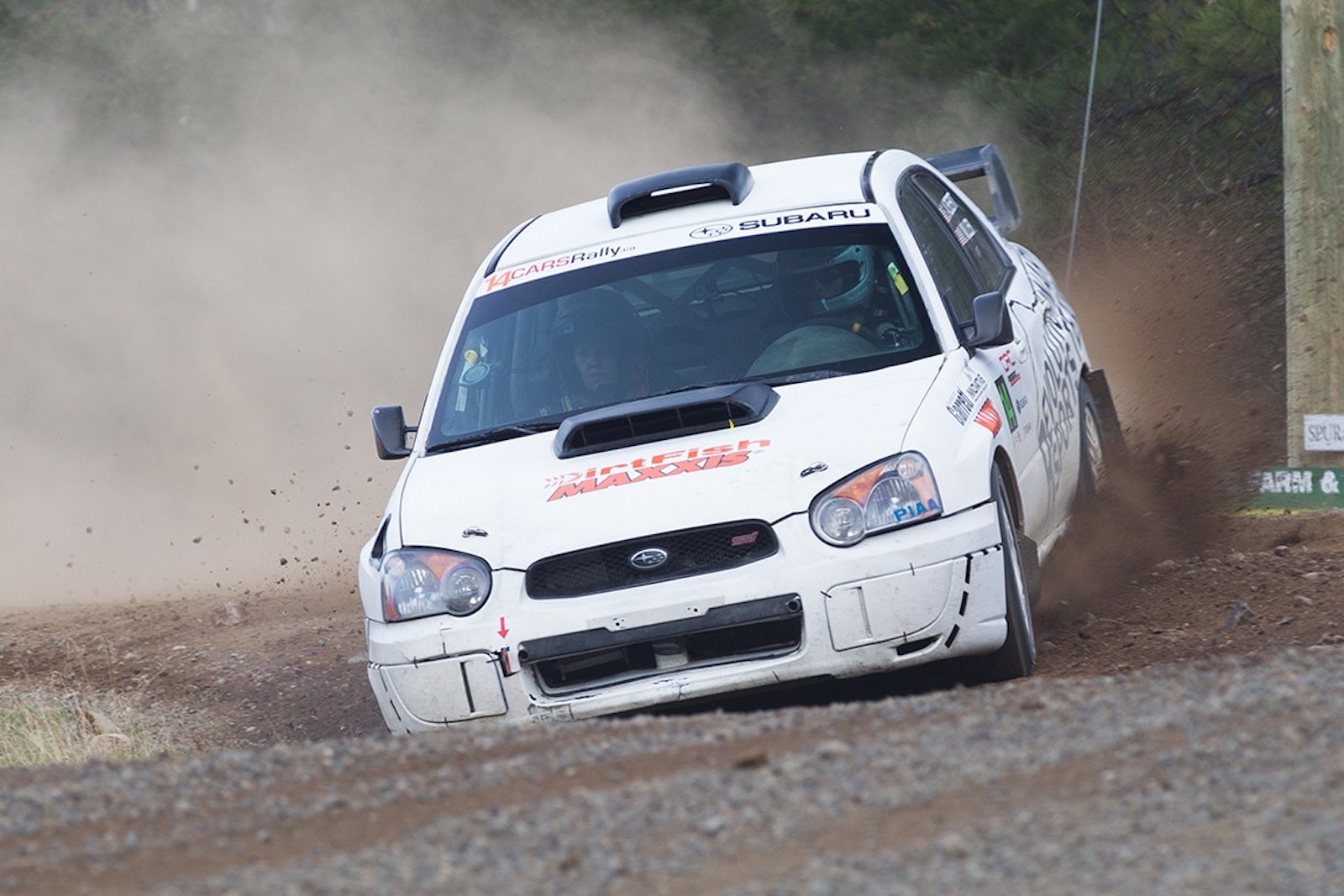 The other DirtFish crew racing in Merritt was DirtFish instructors, Sam Albert and Michelle Miller, competing in the Revolutionary Sports Subaru STi. They had some high expectations heading into PFR, after achieving an open class win the previous weekend at the Mt. Hood Rally in Oregon. Pacific Forest Rally wasn’t quite as successful for the two; while they were consistently in 5th place overall and running fast and clean, the car got two flat tires on the very same car-killing stage that Derik and Adam broke down on. Sam and Michelle nursed the car all the way back the service area, sitting on only three wheels, and using the fourth as a counterbalance on the hood of the car to minimize the amount of dragging. Although they lost a good amount of time, the service crew was able to get the car back out for the remaining stages. They ended up finishing 13th overall. 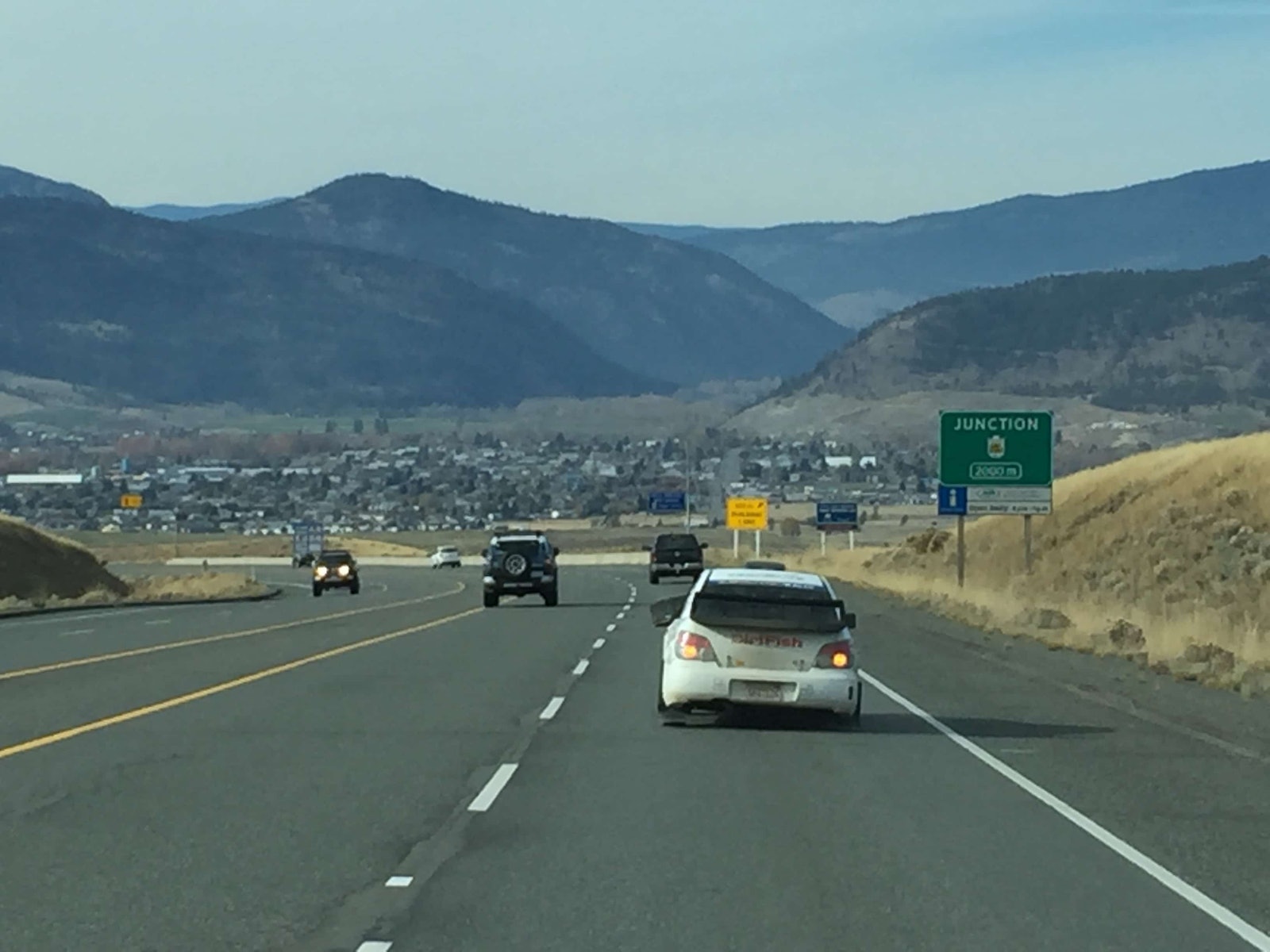 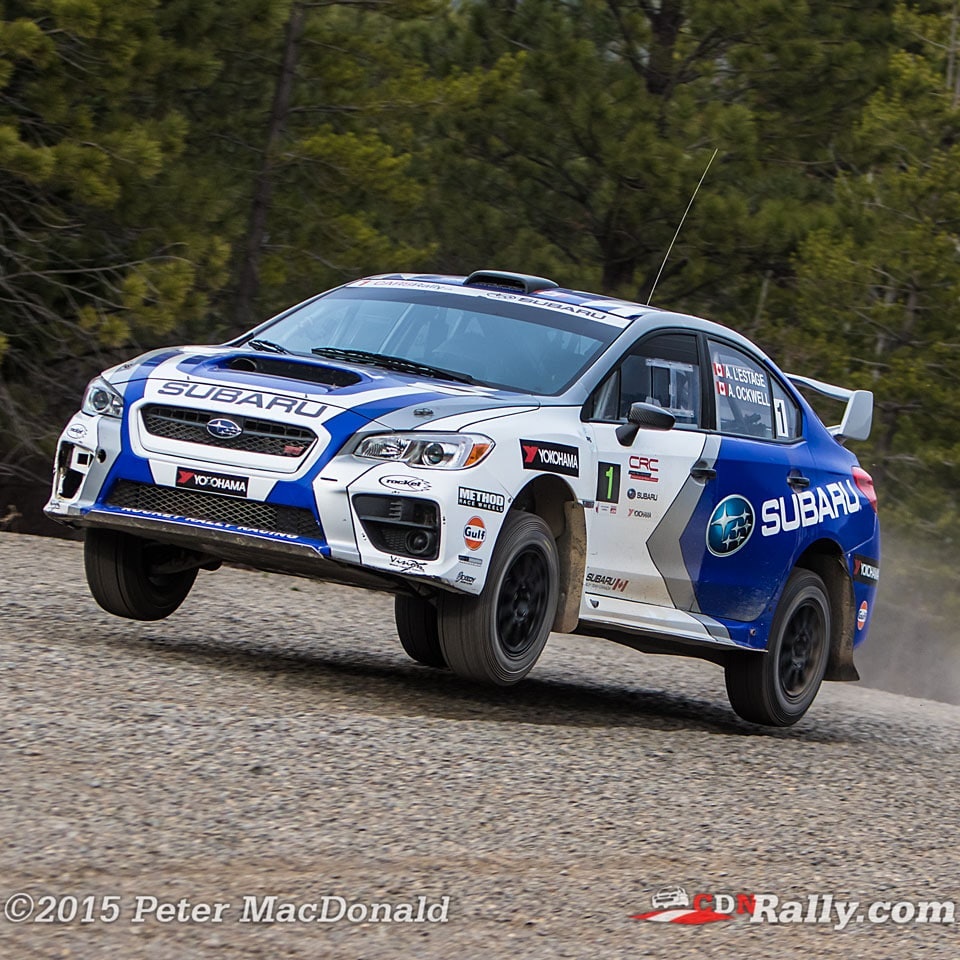 While there were some unlucky mishaps for two of the three DirtFish drivers, the weekend definitely wasn’t a total loss; Antoine won the rally, Derik and Adam put down some of the fastest times in the Two-Wheel drive class, and Sam and Michelle were extremely competitive in the Cascadia International Rally Championship class. DirtFish was again, very well represented. Best of luck to Sam and Michelle at Wild West Rally, which will take place in Shelton, WA on November 7th!