The pair were separated by just 2.6sec ahead of the final legendary El Condor speed test, but Paddon stunned the Frenchman to hurtle down the rock-strewn mountain almost 12sec faster and secure a 14.3sec winning margin in his Hyundai i20.

He became the first New Zealand driver to win a WRC round in the championship’s 43-year history and crushed Volkswagen’s ambitions of securing an unprecedented 13 consecutive victories.

“I can’t believe it, I really didn’t think I stood a chance before the last stage after losing time to Ogier this morning,” said Paddon, who celebrated his 29th birthday the day before the start. “I gave that last stage everything I had. Tight and twisty roads like El Condor aren’t my strength but I drove the stage of my life.” 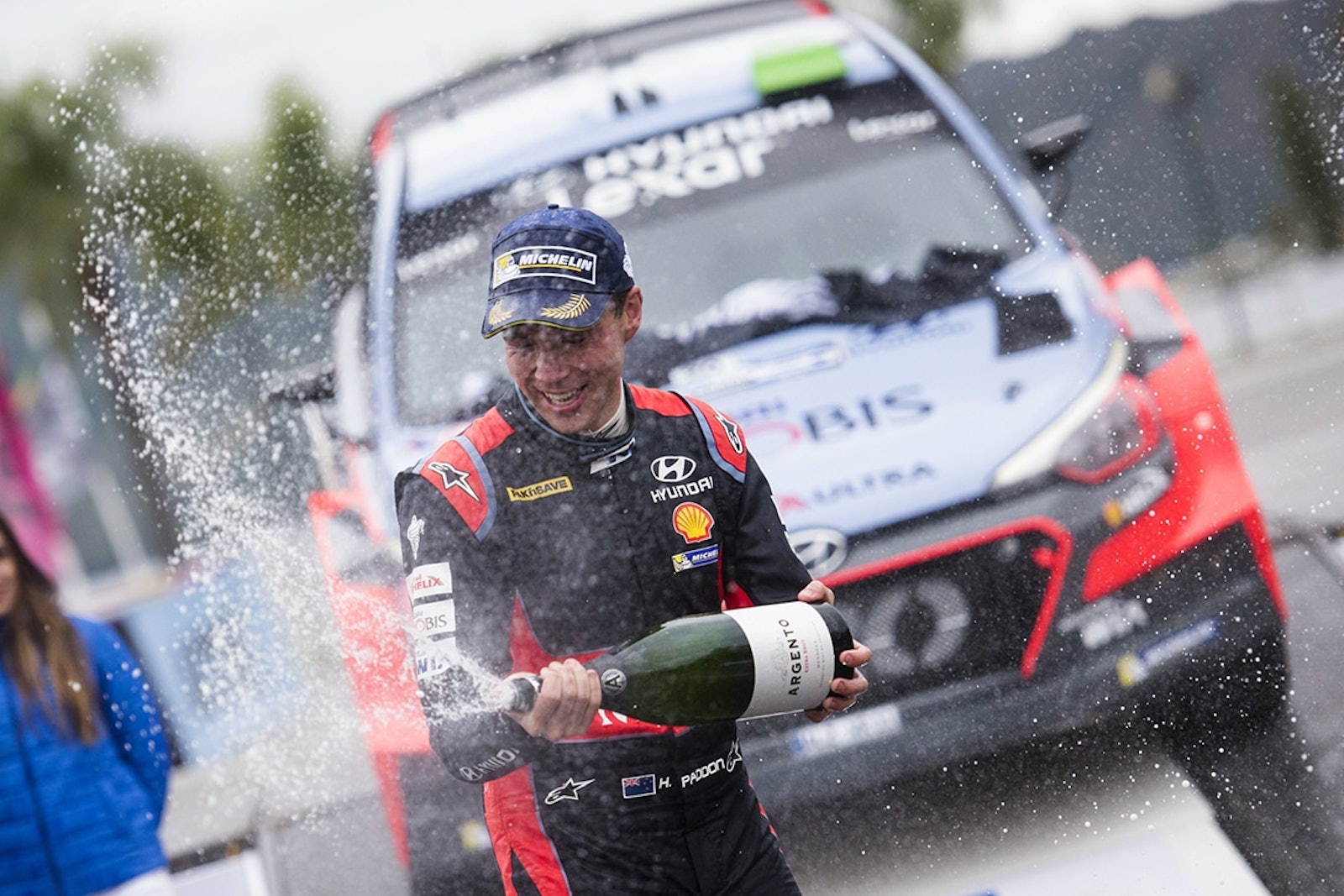 Paddon started the final leg with a 29.8sec advantage after taking the lead yesterday when Jari-Matti Latvala crashed. Gearchange glitches cost valuable seconds in the opening speed test before Ogier threw caution to the wind in the penultimate stage, eating into Paddon’s lead to set up a dramatic ending.

“The last stage was incredibly rough,” said Volkswagen Polo R pilot Ogier. “I had a clean drive but I didn’t dare take the maximum risk because there were big ruts. Well done to him, he did a great job on the last stage.”

Team-mate Andreas Mikkelsen completed the podium a further 50.9sec behind after surviving a spin in the foggy first pass through El Condor this morning. However, he dropped out of the top three in the championship standings as Paddon vaulted into second.

Dani Sordo finished 11.9sec further back in fourth in another i20 with Mads Østberg a distant fifth in a Ford Fiesta RS, despite going off the road this morning following a pace note mix-up.

The top six in the four-day rally, which covered 364.68km of rough road competition near Villa Carlos Paz, was completed by Thierry Neuville, who recovered well after losing several minutes on Friday with a faulty fuel connection.

The championship returns to Europe after consecutive rounds in the Americas when Matosinhos hosts Vodafone Rally de Portugal (19 – 22 May).