Subaru Rally Team Canada driver Antoine L’Estage, a seven-time winner of Rallye Perce-Neige, built an early lead over the first three stages of the rally, until mechanical issues hindered his pace. Higgins and Pastrana, who closely trailed L’Estage during the first loop of stages, battled for the lead throughout the remainder of the rally. Higgins would go on to win the event over teammate Pastrana putting the #75 Subaru WRX STI rally car on top of the podium. 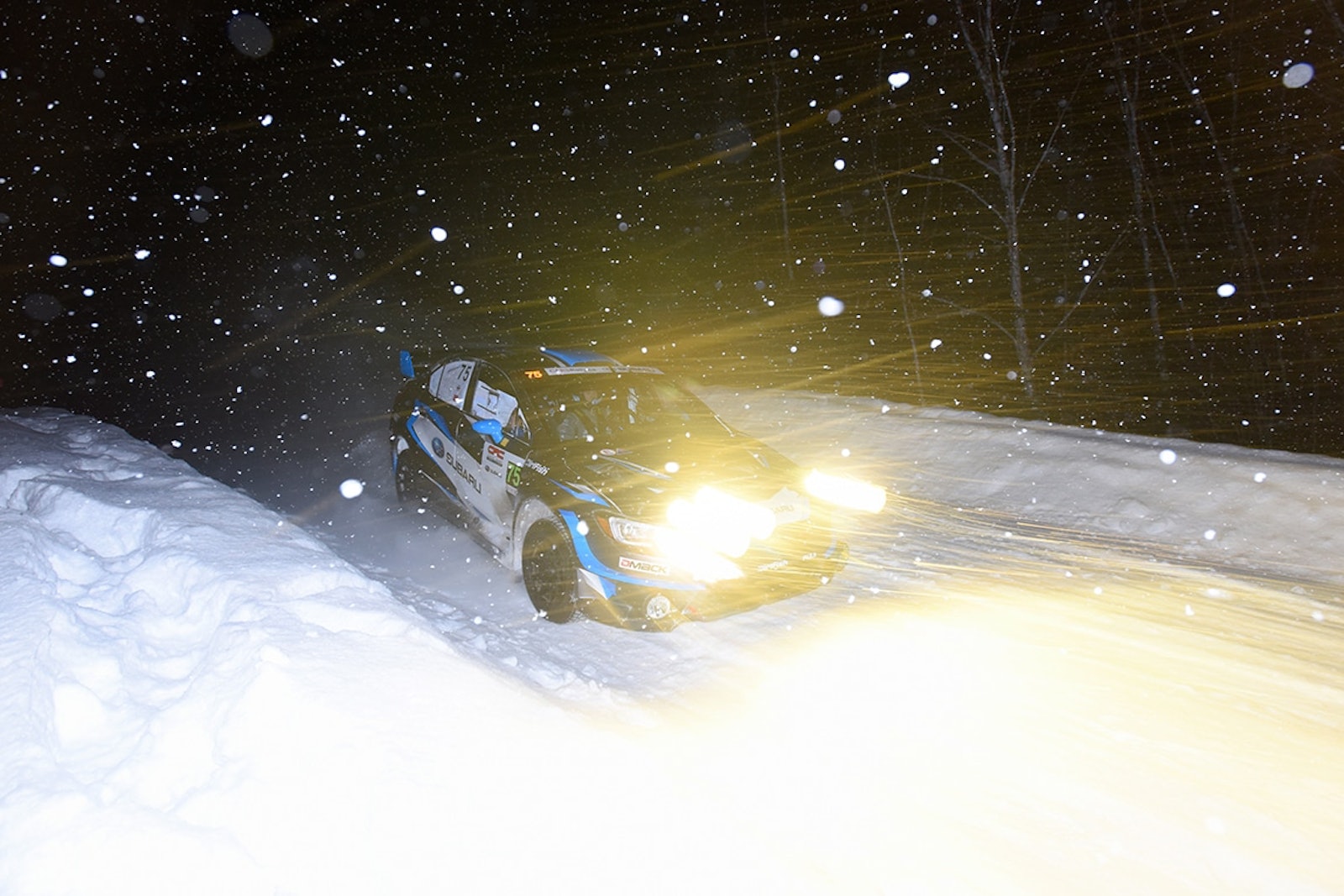 “A great result, it feels good to win in such harsh conditions against some top guys, and this was the first ever ARA event, so I’m glad we were able to get our names in the history books,” explained David Higgins at the podium celebration. “The last loop of stages was hard work, the snow was coming down pretty hard on one stage, there was a big snow ball inside the corner, we clipped it and smashed one of the lights, making the night stage even tougher. The hood pin was also damaged, so we had to slow down a bit to keep the hood from flying open on stage. It was a challenge but it was all good in the end!”

“Man, heck of a day! The snow during the final night stages came down hard. It was like a video game, you’re in a trance going 120 mph,’ said Travis Pastrana at the finish. “You don’t see anything on the road. All you see are trees coming at you really fast. We gambled with tire choice this weekend which didn’t go in our favor, but we’re happy to be on the podium and get valuable championship points.” 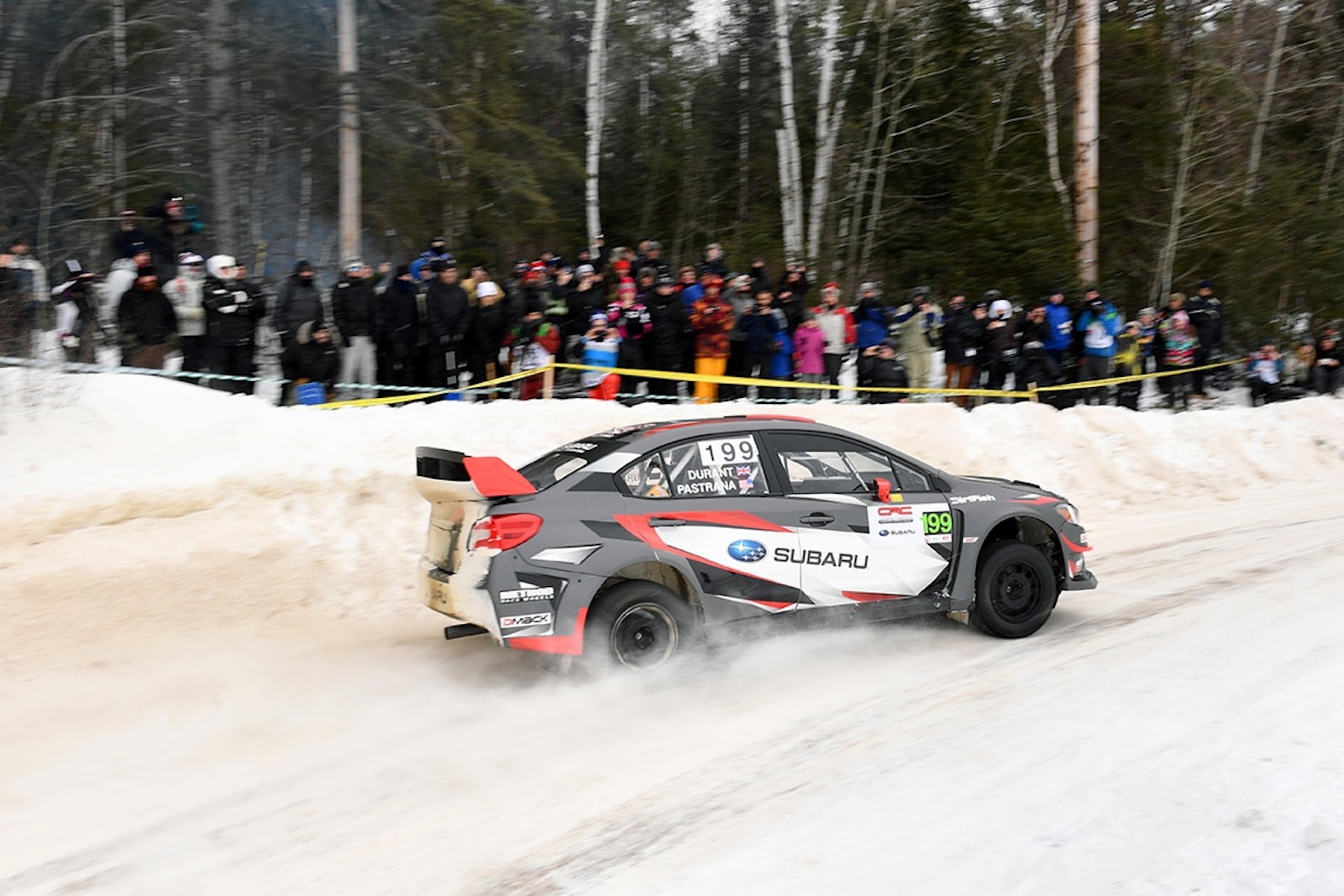 Higgins and Pastrana continue on to round two of the ARA Championship, the Oregon Trail Rally, beginning April 21st at Portland International Raceway in Portland, OR.
Full coverage of Subaru Rally Team USA is available on the Subaru Motorsports App. To download from the iTunes App store, click here, for Android App on Google Play store, click here. Follow the team on Instagram @srtusa, on Twitter @srtusa, and on facebook.

About Subaru of America, Inc.
Subaru of America, Inc. is a wholly owned subsidiary of Fuji Heavy Industries Ltd. of Japan. Headquartered at a zero-landfill office in Cherry Hill, N.J., the company markets and distributes Subaru vehicles, parts and accessories through a network of more than 600 retailers across the United States. All Subaru products are manufactured in zero-landfill production plants and Subaru of Indiana Automotive Inc. is the only U.S. automobile production plant to be designated a backyard wildlife habitat by the National Wildlife Federation. For additional information visit media.subaru.com.

Additional information and news from Subaru is available at http://www.media.subaru.com.