The next evolution of Ken Block’s Gymkhana will arrive next year with a distinctly different feel – and no doubt sound, too.

Fresh off the back of his new agreement with Audi, the next Gymkhana film, dubbed ‘Electrikhana’, will debut next year with, you guessed it, an electric car at its core.

What that electric car will be, we still don’t know. All Audi is willing to tell us right now is that it’s a “very top secret Audi e-tron”.

“Audi’s efforts in the WRC, specifically with their Group B cars, along with their wins at Pikes Peak in the 1980s is what led me down the path to become a rally driver,” said Block. 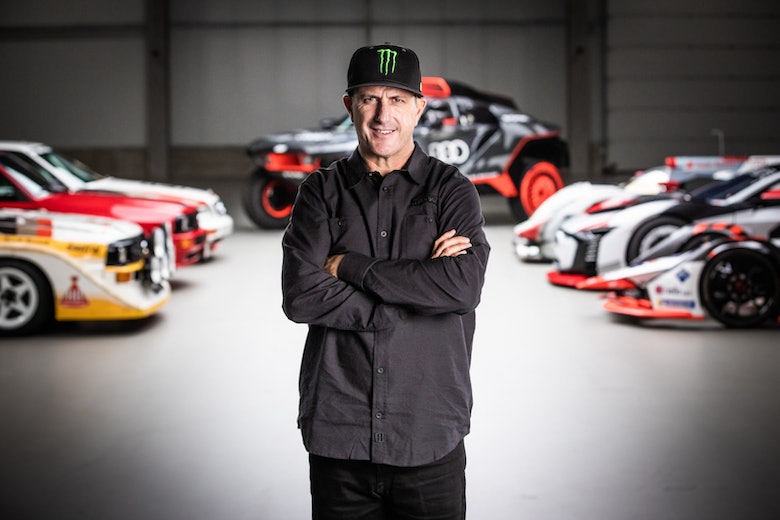 Block to work with Audi exclusively on electric projects

“Their quattro system pioneered the AWD car revolution and forever changed the sport of rally, and now I’m getting a chance to be a part of their next leap in motorsports with electric performance.

“It’s quite an honor, and humbling, to now consider myself a part of a team that I have highly respected for so long. And I can’t wait to share more details on the vehicle Audi is building for Electrikhana, it’s going to be insane.”

Ahead of his joining forces with Audi, Block traveled to the company’s Ingolstadt base in Germany where he fully immersed himself and sampled its latest electric creations including the RS e-tron GT, e-tron Vision GT concept car, and the RS Q e-tron Dakar racer that will debut in 2022.

“New technology and forward thinking – the things Audi is great at – can be used to have even more fun with cars, and I am all about that.”

Electrikhana will be the latest in a long line of Gymkhana films and spin-offs that includes the original 10 Block-helmed instalments, the Terrakhana and Climbkhana and Two spin-offs, plus Travis Pastrana’s debut video that was released last year.