Over the 44 year history of the World Rally Championship (WRC), there have been 14 different manufacturers who have won the title- Ford, Volkswagen, Lancia and Audi to name a few. However, there is one brand that always stands out from the crowd and even became one of the most iconic rally brands of all time. When most people think about Formula 1, the first thing that comes to mind is Ferrari. When you’re talking about the sport of rally, the name that stands out is Subaru.

On the 16th December 2008, Subaru announced that they would no longer be entering a team in the WRC. The parent company stated that the decision was made because they felt that its sporting and marketing objectives had been achieved. This was a big pill for fans to swallow. If you take the time to really look at everything, you realize that they did have a point. In the 15 years that they were competing in the championship, Subaru was able to bring home three manufacturer’s titles and an equal number of driver’s championship titles with Colin McRae, Richard Burns and Petter Solberg. That covers the sporting objectives. What about the marketing objectives? Be honest. When you think of the sport of rally, which cars come to mind? Of course, it’s World Rally Blue and bright yellow with gold wheels that adorned the Subaru World Rally Team cars for so many years! It is one of the most iconic and memorable liveries of all time in the world of motorsports. World Rally Blue continues to be one of the top choices for people purchasing the WRX STI model. I would say that is pretty good marketing! 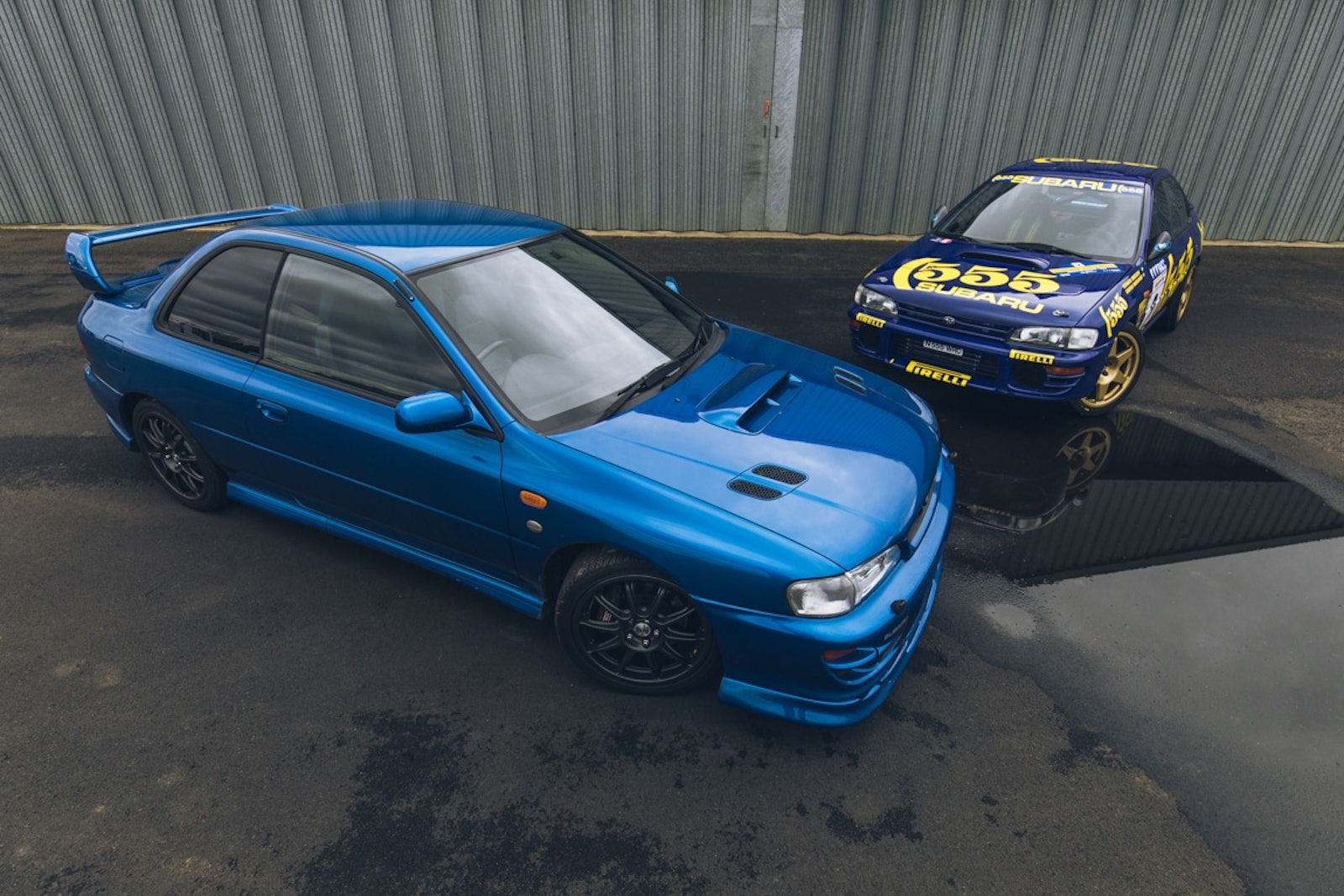 In terms of streetcars, Subaru is well known for producing special edition cars that are bred from their roots in rally. The most famous of these is the Impreza 22B STI. Built in 1998 to commemorate the company’s 40th anniversary, as well as their third consecutive manufacturer’s title, it is one of the most coveted Subarus of all time. Only 424 of these wide-body GC8s were built and sold—400 for the Japanese market and another 24 that were split between the UK and Australia. These days, you would be lucky to ever see one in person.

In the late 90s, the only Subaru Impreza that was available for purchase was the four-door GC8. Because of the limited options and the high demand for models that were only available in the Japanese market, independent dealers began importing the two-door high-performance versions through the grey market. In fact, there were so many grey market cars that it started to affect sales for Subaru UK and their dealers. 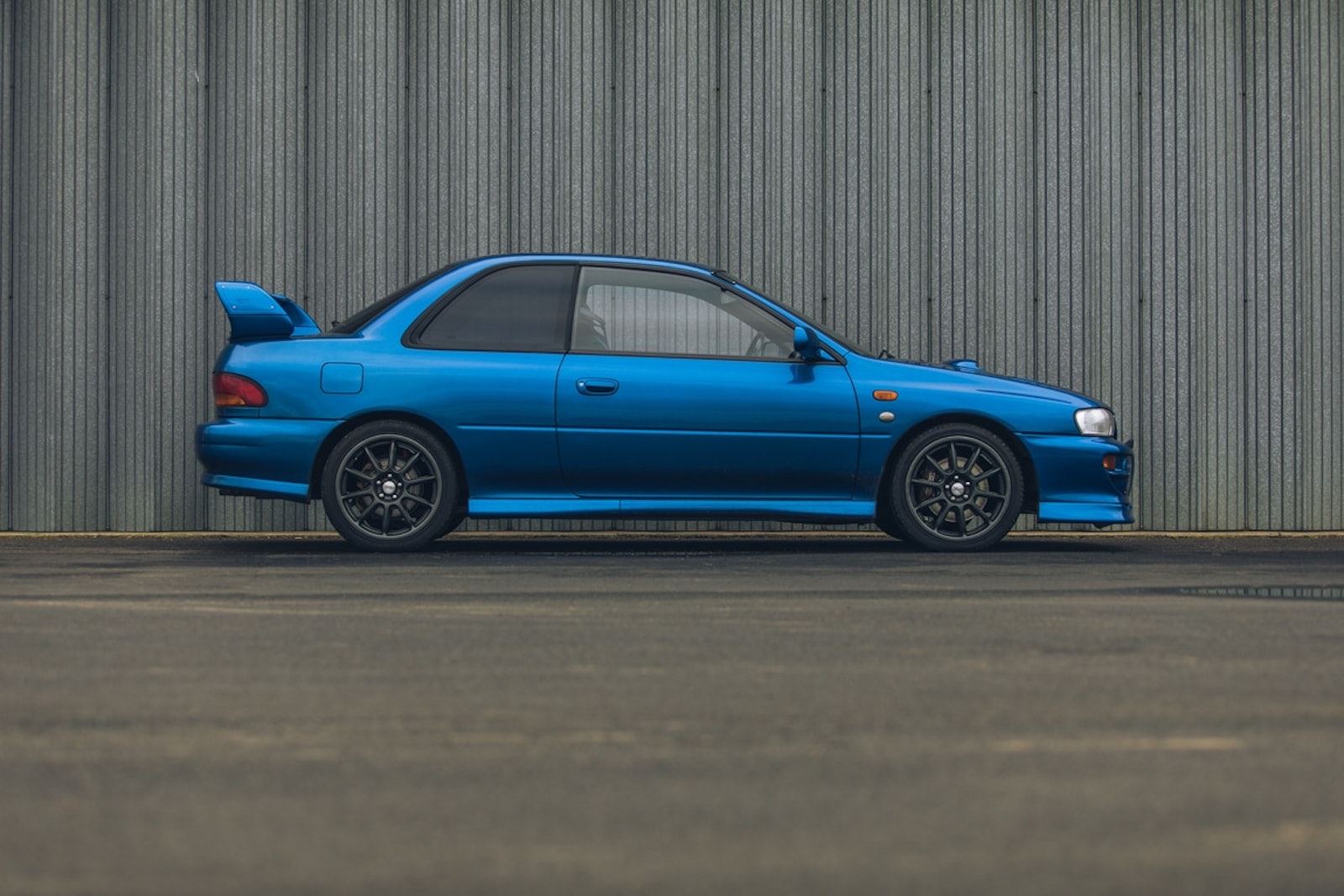 To combat the influx of STI grey imports, Prodrive Chairman, Dave Richards, came up with a solution. His idea was to create a special edition two-door Impreza that would finally allow the UK and European customers to purchase the high-performance Subaru they had been longing for. This special edition car was christened the Impreza P1 (Prodrive 1). Richards approached the President of Subaru to outline his plan for the new car. Once approved, the difficult work began. Because the two-door model of the GC chassis hadn’t officially been imported into the UK, they were required to go through the lengthy and costly type-approval process before they could begin work on the car.

For those of you who don’t know, Prodrive is another brand that is synonymous with Subaru. Being the driving force behind Subaru’s success in the WRC, the British company was tasked with running the Subaru World Rally Team in 1990. That relationship continued all the way through Subaru’s final season in the WRC. Prodrive is the team who built the iconic and extremely successful rally cars that we have all come to know and love. 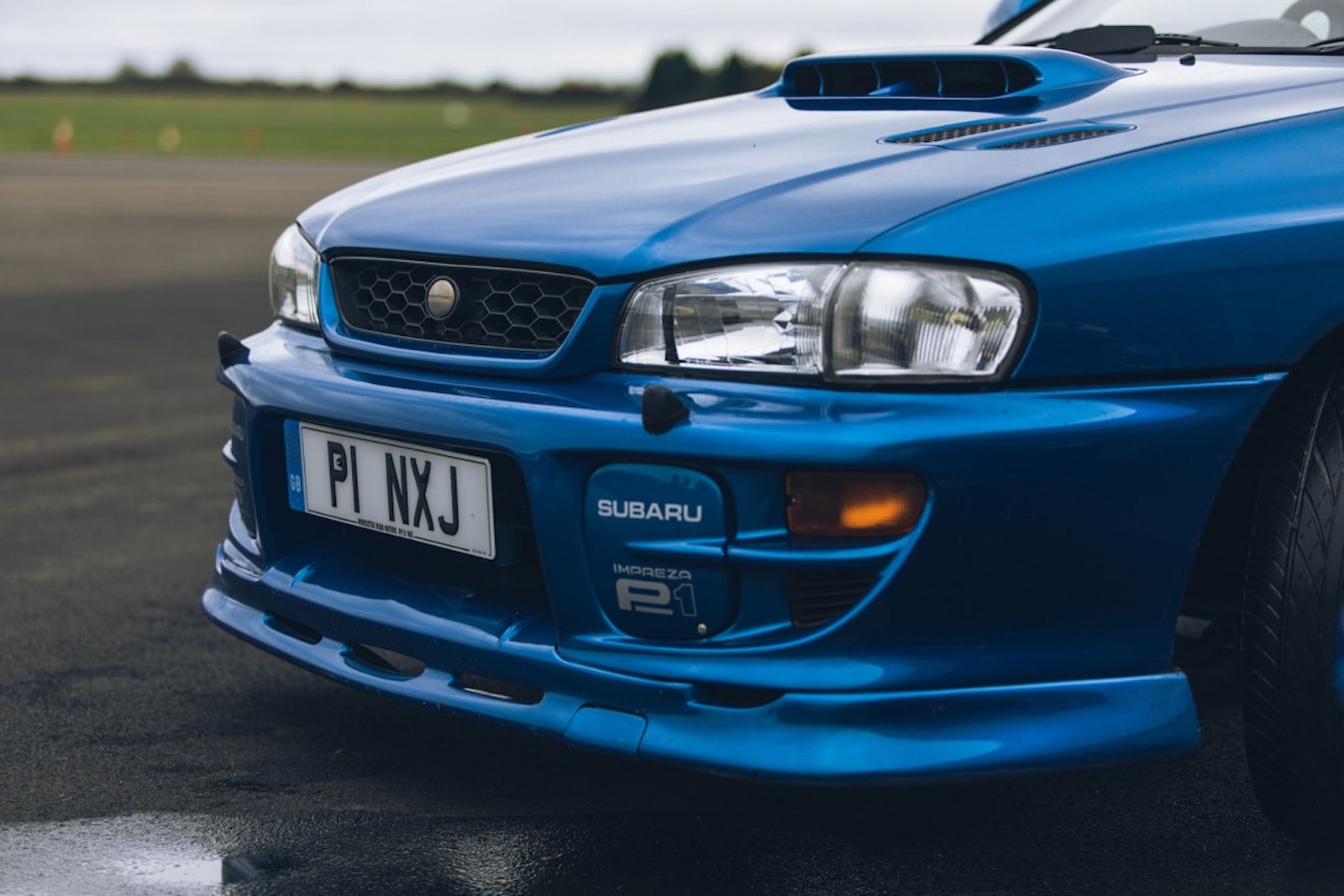 To create the P1, Subaru UK and Prodrive took 1,000 of the normal STI Type R models to use as their canvas. The Japanese Type R was equipped with a suspension setup that was well suited for the roads found in Japan; however, that was not the case in Europe. The engineers on the project concluded that the front was too firm and the rear was too soft. How did Prodrive solve this? They conceived a bespoke suspension setup that functioned better on the European roads. 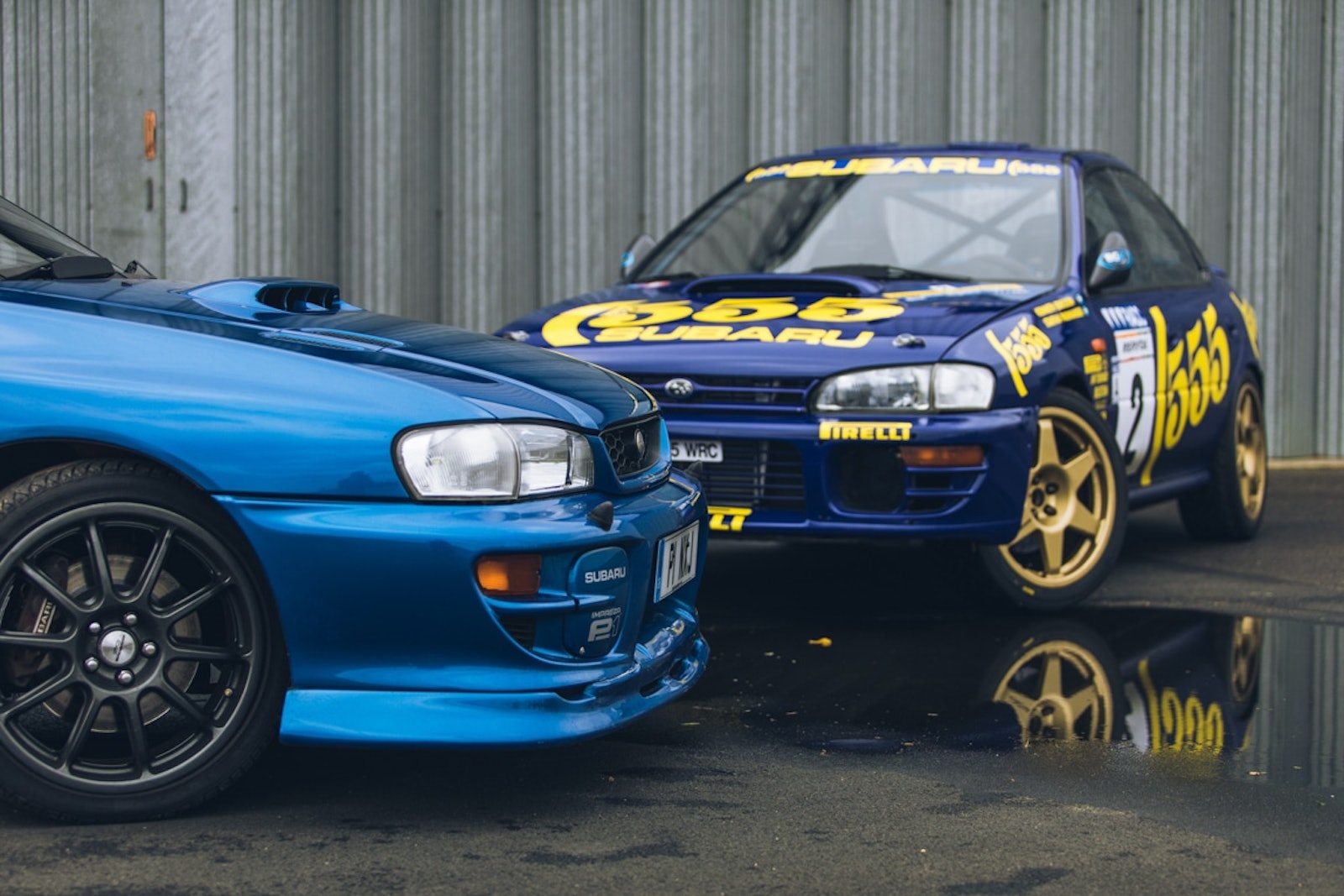 While the car has the same basic shape as any other two-door GC8, the P1 features enhanced styling all the way around. The man who was tasked with the styling of the car is the same man who more recently designed the beautiful and sleek McLaren P1… Peter Stevens. He is the person we have to thank for the rally-inspired front and rear spoilers, as well as the special edition gunmetal OZ wheels. His styling work didn’t just look good, it was actually functional! Tests showed that the P1 required less horsepower than the Type R at 100 miles per hour than its little brother. One of my favorite styling features is the carbon fiber lip that was fitted to the rear wing. Whether it actually serves a purpose is irrelevant. It’s a seriously cool touch that was at least aesthetically pleasing. 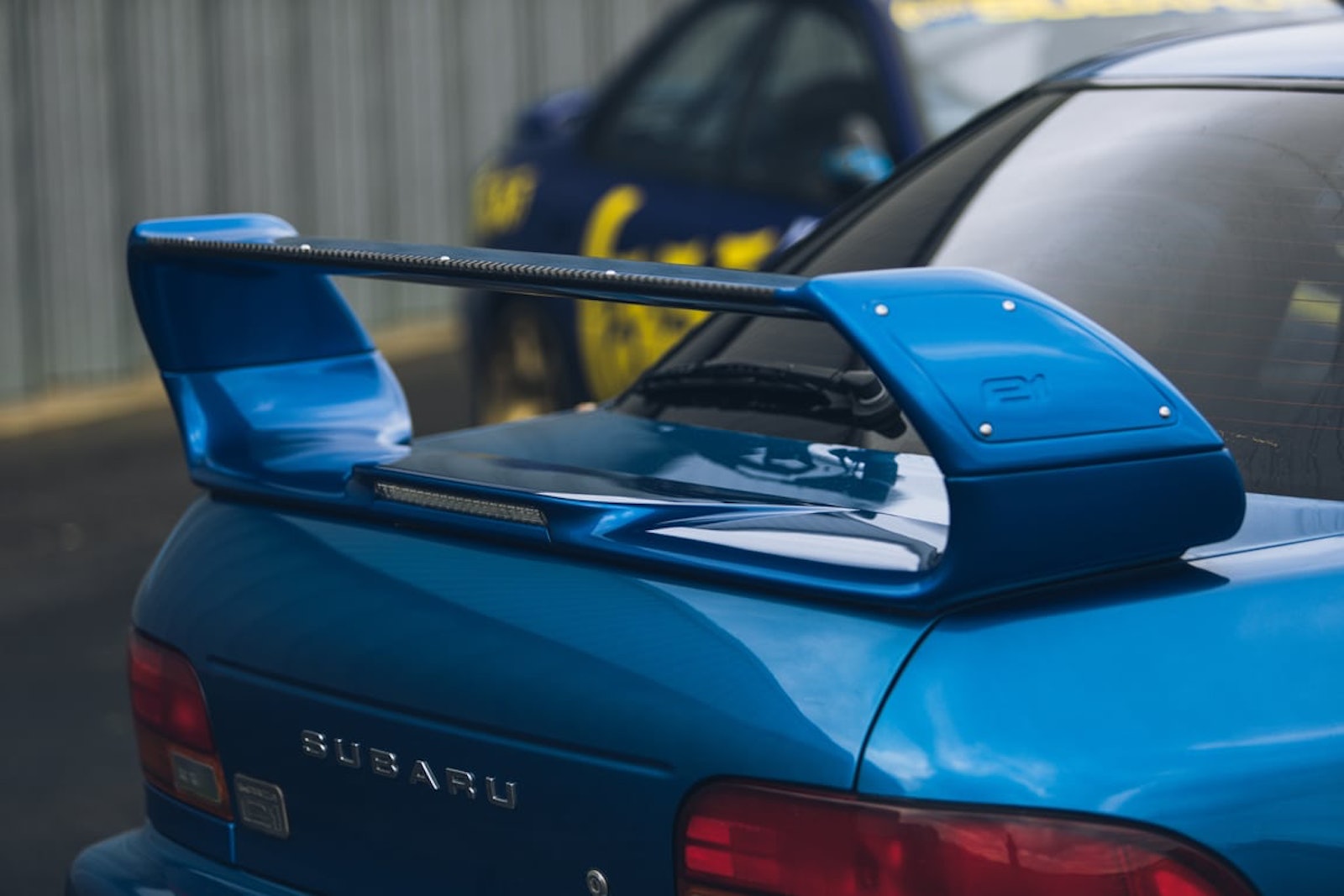 However, cars aren’t just for looking good, so let’s get down to the numbers and figures. For sake of comparison, we’ll take a look at its counterpart—the Impreza Turbo. Prodrive was able to increase the power output significantly from 218 bhp to 280 bhp and the torque from 214 lb ft to 260. While the weight was virtually the same, the P1 was able to accelerate from 0–60 mph one and a half seconds quicker than the Turbo, thanks in part to the increased power as well as the shorter gear ratio. 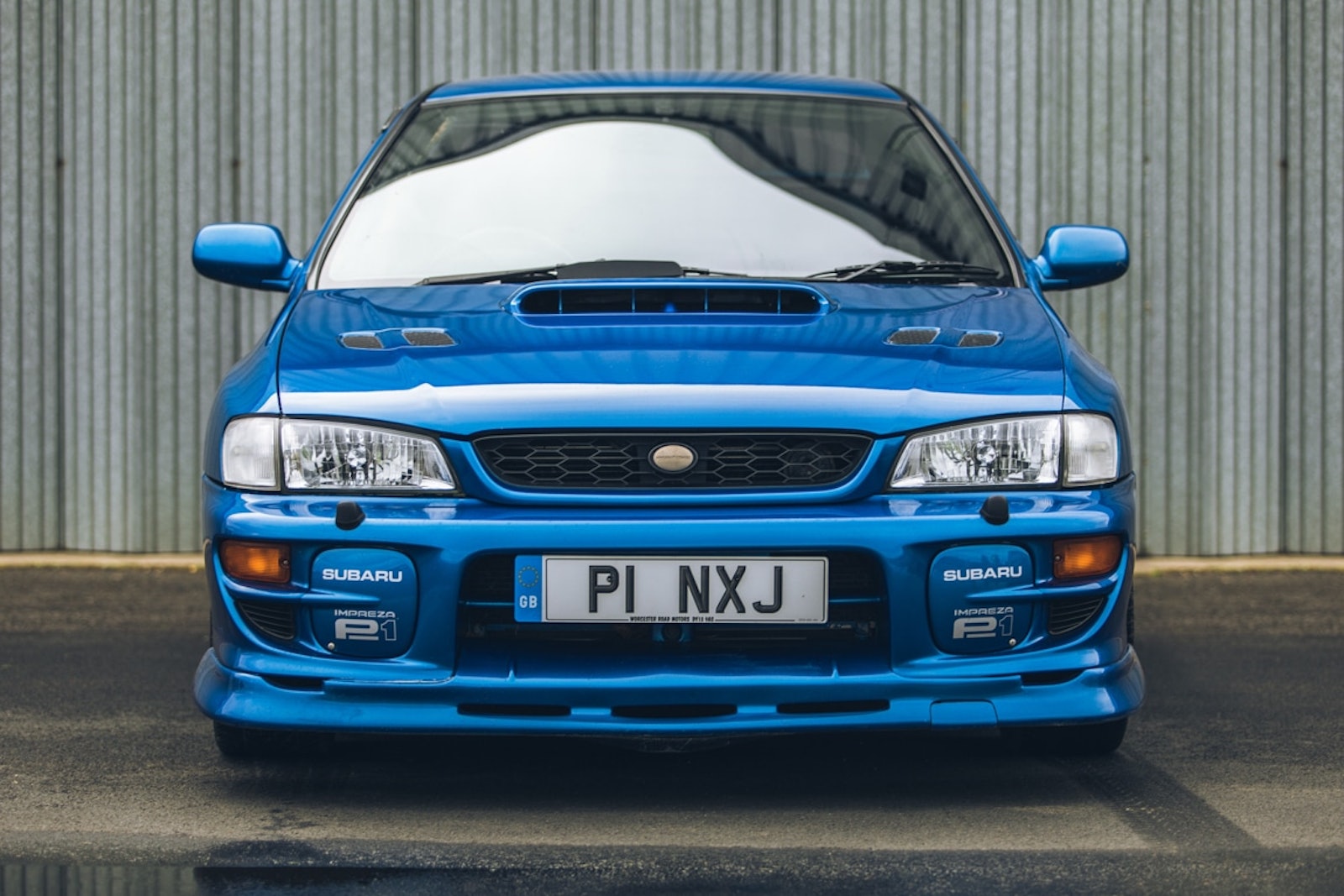 When you set your eyes on the car without knowing what it is, you would probably think it was like every other GC8 you’ve seen or driven. Once you get in and drive it, you realize it is quite a bit more special than that. When you turn the key to fire it up, you hear the distinct sound of the boxer engine. However, thanks to the Prodrive tuned exhaust, it has a more aggressive sound than you typically hear coming from the stanced WRXs that flood car meets every weekend. In terms of handling and performance, this car feels so much more raw than the modern variants of the WRX and STI. The other thing that you notice right off the bat is the firmer suspension that has been fitted to the car. At low speeds, you feel every single pebble in the road, and the cracks in the road surface give you the impression that the suspension might as well be solid. Where the handling really shines is when you are pushing the car to the limit. Going flat out, the car feels solid, stable and planted to the ground (even over 100 mph). As soon as you encounter corners, you begin to understand what Prodrive was doing with the suspension. There is hardly any body roll when switching direction, which means there is less of a chance for the car to become unsettled in a corner. That being said, this car feels better equipped for nicely paved roads and racetracks than a rally stage.

My conclusion of this car? I love it! Subaru and Prodrive teamed up on yet another project and created a very special car while solving a sales problem. The power, the handling, the sound, the styling and the Subaru heritage all wrapped in a beautiful Sonic Blue. It may not be as special as the 22B, but it isn’t far off and it’s another car that you would be lucky to see in person. If you do come across one, take the time to admire the small details added by the legendary Prodrive.

Check out a few of the other amazing cars we have been able to experience: 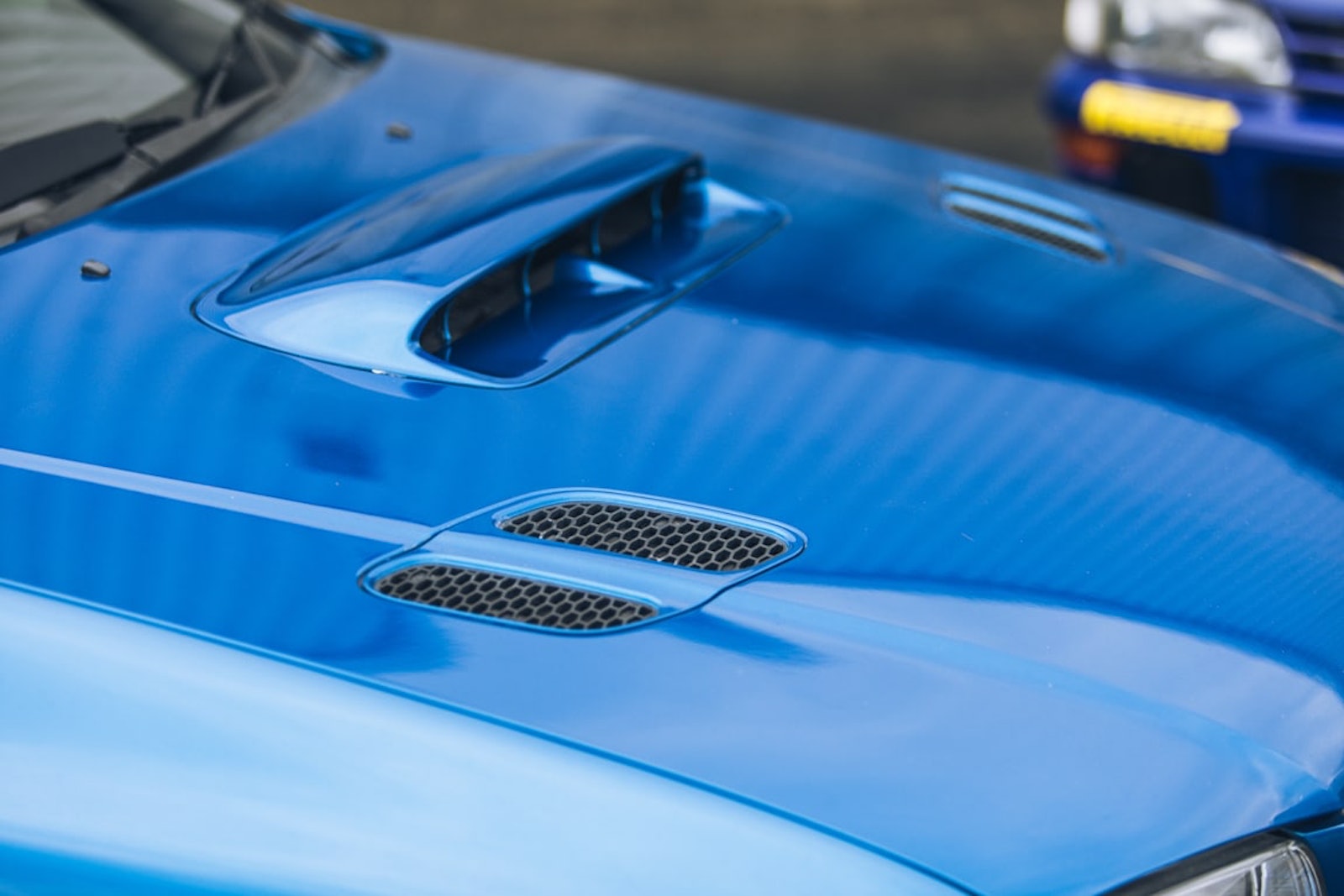 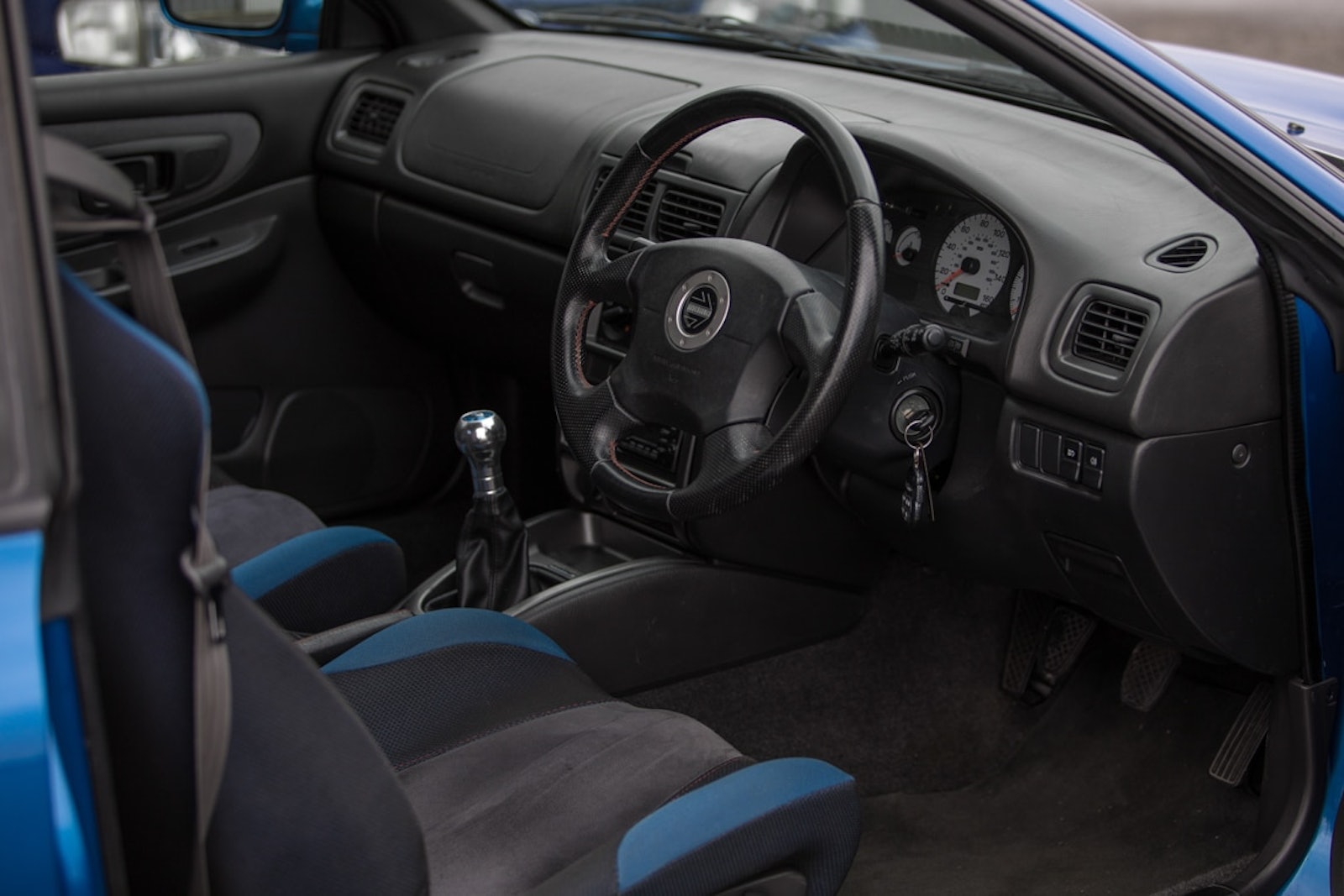