You know when everybody’s banging on about something. The risotto. You’ve got to try the risotto here, it’s amazing. An oat milk latte. You haven’t had a latte until you’ve had one made out of oats. Toyota’s GR Yaris. It’s so good, I’ve actually bought one.

Risotto, for the avoidance of doubt, is not supposed to come with mussels. And coffee’s made with milk. Unconcealed enthusiasm can be a little off-putting.

Which is why it was with some trepidation that I accepted the keys to the GR Yaris to drive down to Goodwood’s Festival of Speed last weekend. Nothing, I told myself, can be that good.

I’ll admit I’d started to doubt myself when Elfyn Evans told me: “It’s so good, I’ve actually bought one.”

Stars of the World Rally Championship are generally… how to put this politely? Well, they’re rarely described as spendthrift.

Oddly, I found myself picking faults. It beeps quite a lot. The seating position’s a bit high. Never been a big fan of Apple CarPlay.

Fire it up. Three cylinders. All of them seem keen, but a fourth pot might have been nice.

That nudge into the lowest forward ratio is direct, purposeful and very, very nice.

Out into the lanes and there’s genuinely less than a mile beneath the wheels before I’m smiling. 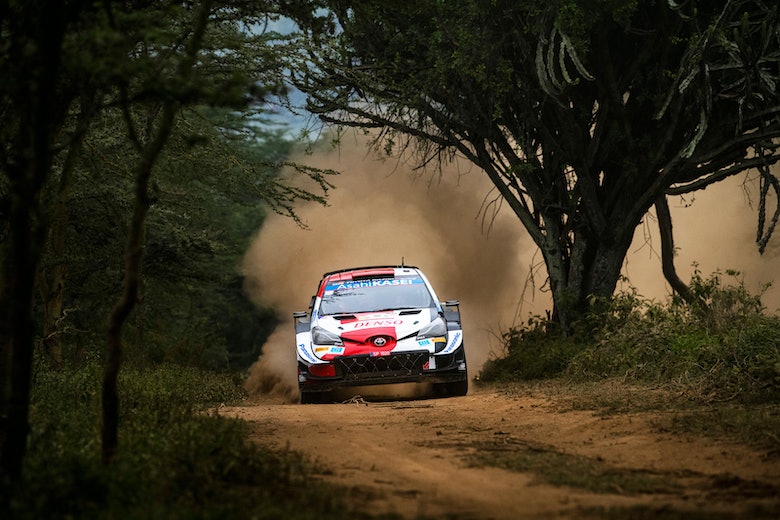 TOYOTA NOT FEARING TÄNAK PACE AHEAD OF ESTONIA

It’s almost a cliché, but I bloody love the GR Yaris.

Tommi Mäkinen had been telling me to do this from the middle of last year. The four-time world champion was instrumental in taking the initial plan and perfecting it. It’s little wonder Mäkinen’s been retained in a role alongside Toyota Motor Corporation president and CEO Akio Toyoda to ensure the Japanese marque’s motorsport know-how is reflecting in the road car offering coming out of Toyota City.

There’s no shortage of WRC-ness in the GR Yaris. So I’m told. There’s a gazillion different settings for the transmission. Probably even more for the suspension. I didn’t bother with any of that. Too complicated.

I went route one and turned one dial clockwise.

I turned ‘normal’ to ‘track’ skipping straight past ‘sport.’ Who wants sport when you can have track? What’s the difference? I have absolutely no idea. But the ‘track’ thing turned the display on the dash red. That’s worth a second per mile in itself.

One consideration: shouldn’t ‘track’ have read ‘stage’? I know we’re not really on a stage, but it would have provided another feversome nod towards the car’s provenance.

And don’t get me wrong on the settings front. I fully intend to find out what all the buttons do, but I’m hoping to talk Elfyn into showing me. He’s much better at that sort of thing than I am. And if he’s busy (let’s face it, he’s got a lot on at the moment, what with 2022 and all that), I’ll get the Finns involved. Predictably, Latvala’s a big fan too.

Even without pushing lots of buttons, the Yaris is an absolute ripper.

Not content with single-shot hooliganism, I went back and drove the same stretch again David Evans

Third gear through the lanes on the way to a 5am photoshoot outside the Duke of Richmond’s front door was epic. With the West Sussex birdlife still blinking the sleep out of its eyes, I hammered past.

Left foot braking my way through a sequence of third-gear, medium-speed corners was superb. Stand on the brakes hard enough for a flash of the hazards, inch-perfect turn-in accompanied by a chirp of tire squeal and straight back on throttle for mid-corner torque and top-end power dispose of another bend. With the tires up to temperature, getting the car to move about mid-corner required some exaggerated steering input or a moment on the happy stick. Either way, when you want it to be, the GR Yaris can be a proper hooligan.

Not content with single-shot hooliganism, I went back and drove the same stretch again. Been a while since I’ve done that. The balance and grip in the chassis was off the charts and took me back a few years to the birth of another epoch-defining rally wagon.

I’d been in the job of writing about rallies for a few years before I finally landed what was, for me, the biggest of big fishes in terms of road cars.

But one wet Tuesday morning a good number of years ago, Carol on reception called my extension.

“Bloke from Subaru’s here. Says he’s got a car for you.”

Carol wasn’t known for two things: niceties or getting excited about cars.

“You’ll have to shift it. The car park’s full already.”

Sure I can manage that.

At that time, the Motoring News office sat squarely between Liverpool Street and Old Street. Pretty much slap, bang in the centre of London. Not the perfect place to be lighting up an STI or WRX (I can’t really remember exactly what it was) for the first time. 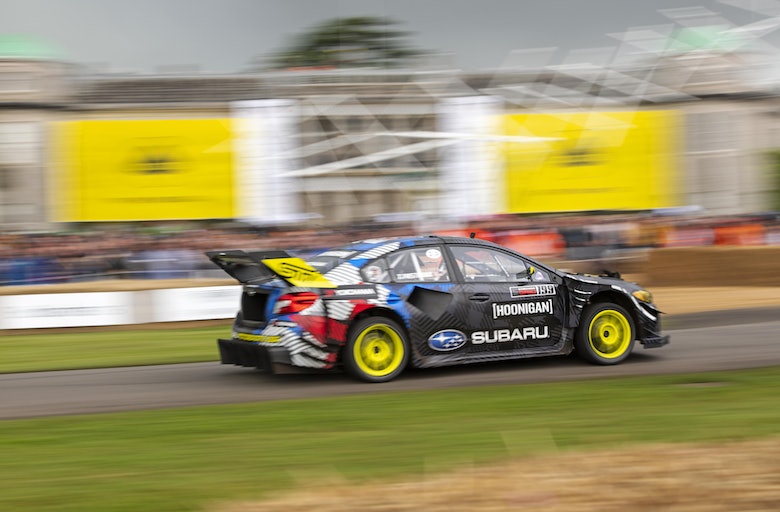 HOW ‘BEING COMFORTABLE SCARED’ HAS HELPED PASTRANA

Prior to this, the only thing I’d driven with a turbo and four-wheel drive was a Mazda 323 belonging to Mark Skewis, legendary MN editor and one of the finest writers around. Skewie needed his car taking to the garage around the back of Kings Cross.

From memory, there was a light which came on to tell you when you were at full throttle and full boost (as if you didn’t know…). On a remarkably traffic-free City Road, I was Timo Salonen. I don’t remember that yellow light actually going out.

And then came the Subaru. On the inside, it was pretty underwhelming. The seats were buckety, I liked that. And there was a three-spoke wheel. I liked that too. Otherwise, not much to write home about.

It was all in the turn of a key. I. Me. I was making that flat-four burble.

The simple act of putting the car into reverse almost gave me goosebumps. I’d never experienced anything like that direct, short-shift. In the intervening years, I’ve driven all sorts of Caterhams, rally cars with dog ’boxes, but the feeling from the Yaris’ shift totally took me back.

No doubt, the technology in the Toyota has moved forward light years from that early Impreza, but in terms of a sensory driving feeling it was just the same. It’s about the noise, the feel, the character of a car like this. When you get into a car like the Impreza or the GR Yaris, you know you’re in a car that stands for something. A car that was born to be driven.

The Impreza didn’t disappoint. How could it when it had a DCCD button, located, from memory, just behind the handbrake. Everybody loves making an adjustment to the car’s set-up mid-way through the lanes. It makes you feel like Petter Solberg opening the centre diff on his Impreza WRC2004 as he lowers the record in Ouninpohja in 2004.

Over the following week, I fiddled with the Driver Controlled Center Differential regularly and often.

“Yeah, what I’m doing there is just locking the electromechanical diff,” I told my father, having taken the thing home for the weekend.

“Make much difference?” he questioned.

“Oh, yeah. Massive.” I replied, desperately hoping he wouldn’t ask me to elucidate.

He didn’t. Largely because, by then, I’d mastered the art of doing a donut. 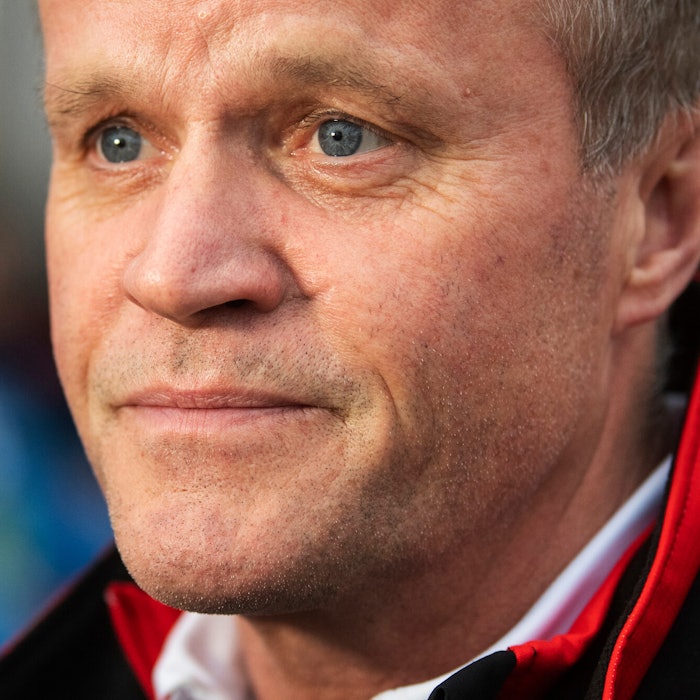 It’s for the road, but really you can really drive like a rally car – but only when you are allowed! Tommi Mäkinen

Nothing’s changed. Then as now, there were a lot of donuts. I’d like to take this opportunity to apologize to the population of the village where I live.

Those odd, but perfectly formed rings on the gravel road up to Hobson’s farm, they’re not some new mutation of crop circle. That was me. Tommi told me to do it.

“You have to drive it properly,” was Mäkinen’s advice. “It’s for the road, but really you can drive like a rally car – but only when you are allowed!”

And anyway, I had to get the GR Yaris dirty. Some cars look good clean. A Ferrari 812 GTS, for example, looks at its best super shiny. A 911 Turbo’s best dressed in some salt-sourced winter dirt. But for a GR Yaris to look the part, just add mud.

Some cars are born to be dirty. This is one of those.

So, was it all that?

But don’t be fooled by the seafood risotto or oat milk latte. Both remain all wrong.