Audi will skip a planned participation on next month’s Rallye du Maroc in favor of further testing of its new electric challenger ahead of January’s Dakar Rally.

The RS Q e-tron was unveiled in July to the new T1+ regulations, and performed an initial shakedown near the team’s base in Neuberg an der Donau before conducting tests in Zaragoza, Spain.

The Q Motorsport-run program recently completed a two-week testing operation in Morocco, its first in the dunes, with all three of its crews as development continues on the innovative car.

Audi had targeted Rallye du Maroc (October 6-14) as the first competitive outing for the new car but has instead elected to continue its testing program ahead of a potential entry to the Ha’il International Baja in December, the now traditional pre-Dakar warm-up event held in Saudi Arabia.

Three-time Dakar winner Carlos Sainz, who was recruited for Audi’s maiden participation in the Dakar along with Mattias Ekström and Stéphane Peterhansel, told DirtFish that he was “very pleased” with the initial progress made during the early testing regime.

“I would be lying if I said that everything went perfectly, but there is not one single Dakar car that you can build and go to the desert with a perfect car,” Sainz explained.

“That’s why you go testing, and if you add in all the complexities with the technology, then it’s even more difficult.

“But in general, I am very pleased. We are moving and we are improving. When I think two or three months ago, the first meters we did until the last few weeks, the difference is huge.” 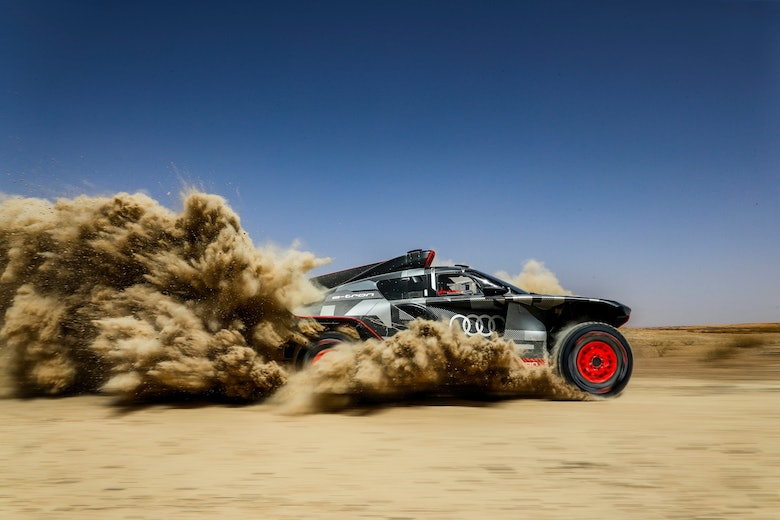 How Audi's first Dakar preparation in the dunes went

Such is the complexity of the challenge facing Audi in the evolution of its RS Q e-tron, the development process in order to be ready for the Dakar has been crammed into a relatively short period of time.

The team is concentrating its immediate efforts on the cooling and packaging areas of the car, and there are a total of six on the car for the various components.

“We [also] had to make use of every centimeter to accommodate all the components in the car,” said Andreas Roos, the project leader for Audi’s factory motorsport programs.

“For instance, changing the front-axle differential still takes a lot of time at the moment. That must be achievable faster at the Dakar and is one of the issues we’re currently working on under massive time pressure.” 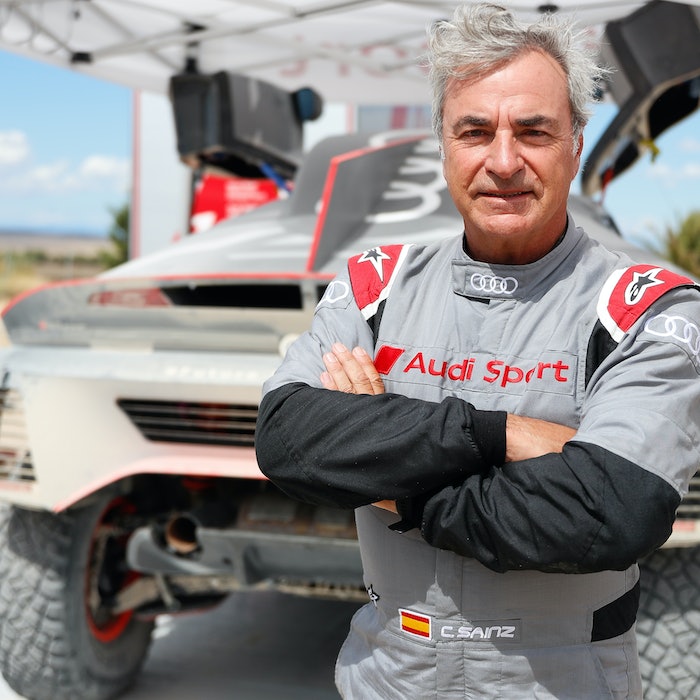 I am very pleased with the performance of the car. We're taking the right decisions Carlos Sainz

Sainz is no stranger to pressure situations and knows that Audi’s testing regime over the next three months will be crucial if it’s to hit the ground running in January.

“An event like the Dakar is such a demanding race, for all who are involved, even for a normal thermal engine,” Sainz explained.

“What we are planning to do, with a 500km  [310 mile] special stage in hot conditions with a hybrid – of course with the help of the [TFSI] engine – it’s such a difficult task.

“We are going to skip Morocco and we will concentrate on more testing, and I am very pleased.

“A lot of information is being transferred from Morocco to Germany and now is the time to keep on working with that information and keep on improving the car.

“I am very pleased with the performance of the car, although you are not competing with the others, you don’t know what is happening with the new cars from Toyota or Prodrive.

“But we need to do our work, we’re following our path, it’s a slightly different path to the others [but] we’re taking the right decisions.”