Bahrain Raid Extreme has revealed the car it hopes will carry it to Dakar success in Saudi Arabia next year.

Built to the new T1+ regulations – aimed at balancing the power between two and four-wheel drive cars – the new Hunter is 30cm wider than its predecessor to accommodate suspension travel which increases from 280 to 350mm. The car will also be running 17-inch wheels and 37-inch tires.

The Hunter has evolved in all areas with significant changes to the car’s transmission, suspension and bodywork.

The V6 3.5-liter twin turbo Ford-sourced powerplant remains, but the 400bhp and 500lb ft torque is sent to the wheels via a modified propshaft, differentials and driveshafts. 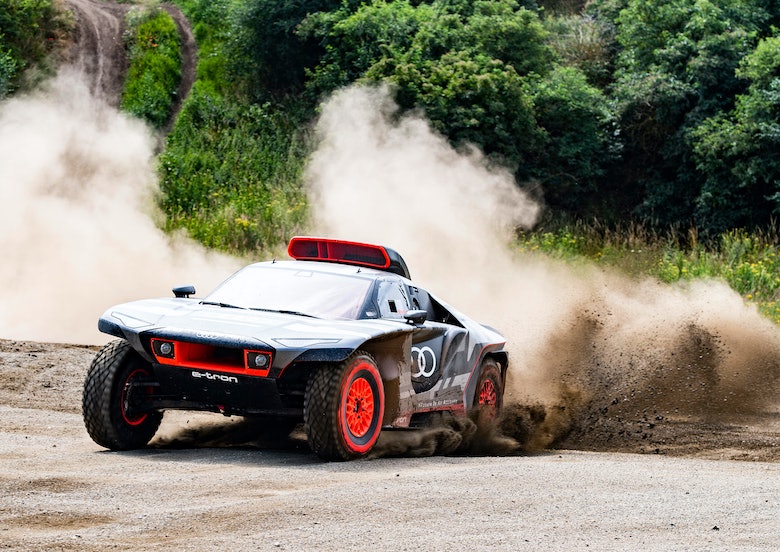 Additionally, the T1+ comes with a bigger windshield and improved electronic pumps for the jacks to speed the process of wheel changes.

Gus Beteli, BRX team principal, said: “We are very pleased the organizers have addressed the disparity in regulations between the buggies and the four wheel drive T1 cars, where larger tyres had an advantage over rough terrain.

“We’ve learnt a huge amount on our debut this year and have put all this learning into improving the car and believe our new Hunter T1+ is a significant step forward. We are looking forward to returning to Saudi in January, where we will be looking to challenge for victory.”

Last weekend Sébastien Loeb dominated Baja España Aragón, winning eight from 11 stages, only for a last-stage problem that cost close to 11 minutes to drop Loeb and his new co-driver Fabian Lurquin from first to seventh.

The Hunter T1+ is expected to compete for the first time in September and will be available for customers as well as for factory drivers Loeb and Nani Roma.

ARA as strong as any other national championship – Pastrana