The route for the 2022 Dakar Rally has been unveiled by the event organizer, the Amaury Sport Organisation, with the event reverting to a point-to-point format and featuring the return of the Empty Quarter following a year’s absence.

In a virtual presentation, Dakar director David Castera and HRH Prince Khalid bin Sultan Al Abdullah Al Faisal, the chairman of the board of the Saudi Automobile and Motorcycle Federation, unveiled the route of the 44th edition, which will be the third in the five-year deal with the ASO.

“Today as we edge closer to hosting the rally for the third successive year, our focus is fixed on the future, as we call upon the extensive experience, we have gained over the past two years to organize another exciting edition of the Dakar Rally,” said Al Faisal.

“We are blessed with magnificent landscapes that few countries can rival. This varied and challenging terrain is the perfect location for the Dakar Rally. One of the most special things about the Dakar Rally is that it introduces visitors and spectators alike to the true essence of our nation.

“We hope that Dakar Rally 2022 meets the expectations of motorsport fans around the world. We look forward to welcoming you to Saudi Arabia, the home of the Dakar Rally.”

The event, which runs from January 2-14, moves away from the loop format from the past two editions, instead starting in the northern city of Ha’il and finishing in its customary location of Jeddah.

Describing the 2022 route, Castera said: “There will be a lot of tracks, 80% of which will be new, [as well as] two loops which will give assistance crews a chance to settle.”

After unloading in Jeddah, crews will work their way up to Ha’il for the road order setting Prologue on the 1st, before the opening stage the following day.

After a year off, the famous Empty Quarter will make its return in 2022, with Castera announcing three stages featuring “100% dunes, like the good old days”, of which the Marathon Stage is included. 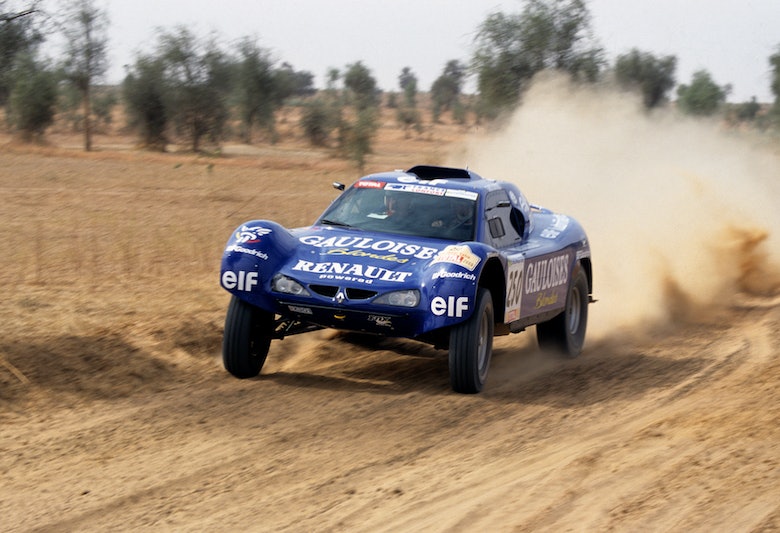 The most successful drivers in Dakar Rally history

“In terms of terrain, the route will be characterized in particular by a push into the Empty Quarter: a vast expanse of desert with sands and dunes that beckon the drivers and crews of the rally,” added Castera.

This expedition will require changes in the way we travel: for example, moving the caravan during the rest day.

“As far as our way of life is concerned, we will take inspiration from the routes taken by the Bedouins, such as those who flocked for centuries to the commercial crossroads in Ha’il, which has since become the centre of the rally raid in Saudi Arabia.

“From here the drivers will be directed by the sand and the dunes, heading towards Riyadh, then Jeddah. Everything the Dakar nomads love.”

Castera also confirmed the creation of the new-for-2022 T1-E class for alternative energy vehicles, including the bioethanol car from Green Corp Konnection and Audi’s hybrid vehicle. T1-E will run alongside a reformed T1+ category, which Castera believes will help balance the playing field between 4×4 and buggies.

As part of the changes in the T1 category, 4x4s will benefit from wider chassis (increased to 2m30cm) and wider tires (to 37-inches) as well as increased suspension travel to 350mm.

Those with superior chassis (i.e., buggies) will have their engine performance slightly reduced to improve competition between vehicles.

In the SSV category, T3 will feature some changes to its vehicles, with gearboxes allowed wider flanges and a six mile-per-hour speed increase from 80.77mph to 86.99mph. The production based T4 category will stay largely the same.

The electronic roadbook, which made its full-time debut in the car category in 2021 following a trial run-out last year, will be mandatory for almost all competitors next season.

SSV, trucks and elite motorcyclists will use the electronic tablet, ahead of a universal roll-out in 2023.

Official registrations open next week (May 17th) and continue until the end of November, when the full route for January’s event will be unveiled in detail by Castera.