Abt Cupra’s Mattias Ekström and Claudia Hürtgen have slammed Chip Ganassi Racing’s Kyle LeDuc for his role in the clash that brought an early end to the shootout race for seventh place at Extreme E’s Desert X-Prix.

After a tough Saturday where Abt Cupra’s entry rolled spectacularly and Ganassi battled power steering issues, both teams were left fighting in the consolation race with no chance of an overall podium finish in the event.

However on the second lap, LeDuc clipped a bump – that had formed as a result of track evolution after more than two days of running – and launched into the back of Hürtgen’s car, instantly ending the race for both.

Hürtgen said: “I came down the hill and there was a big bump so I have to release the throttle, and when I released the throttle the other guy hit me.

“OK, so I think he cannot see and the bumps were new, yesterday there were no bumps there. But I had to go off the throttle and in this moment he hit me flat out.

“We fight for position seven. You know when you drive on normal roads when there is rain or fog you cannot see something then you must come off with the speed. It’s normal procedure. 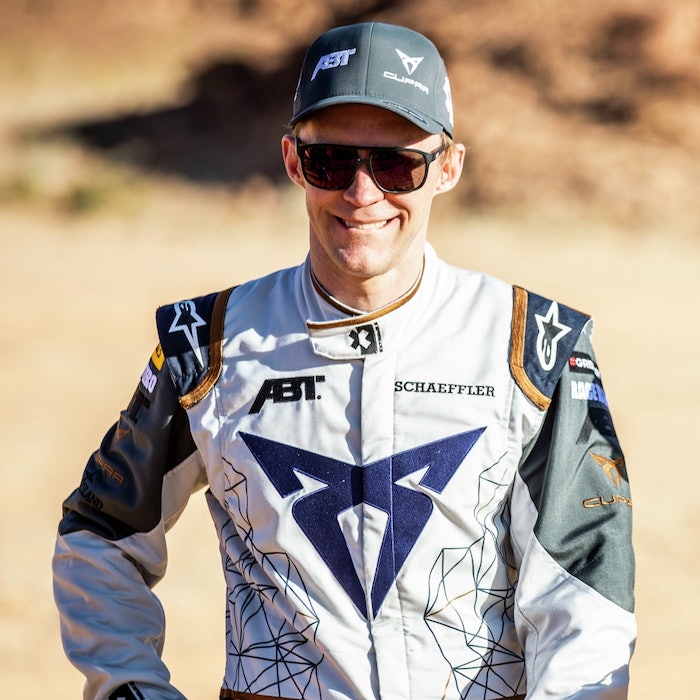 “We are not fighting for the championship, only for position seven. After you come down there’s enough space to go right or left on the lines. Also there’s a slow corner you can accelerate out of there and I had saved the boost for the last corner.

“I cannot understand it.”

Unsurprisginly Ekström took a similar view, calling it a “very, very expensive move” and criticisng LeDuc of “racing for P7 like it would be for the title”.

However LeDuc, who was using his hyperboost to get by Hürtgen at the time of the impact, questioned her role in the crash.

“We got closer and coming down the hill at the end I wanted to use my hyperboost to make a pass,” he told DirtFish.

“I hit hyperboost and a second, a second and a half later was when the collision happened.

“I don’t know, I can’t speak for her, but thinking about it now that was where she crashed yesterday. She was off course, I don’t know why, I couldn’t tell where I was, it was all blind dust.

“I know I had hyperboost that made me go faster but the ratio didn’t seem right to me,” he added.

“So we look back and maybe the issue was the crash before and she didn’t want to go on that section she just wanted to go around it but obviously she was very very off-piste there.

“It took me a long time to catch her so she wasn’t going slow, so maybe [it was] just wrong place, wrong time? 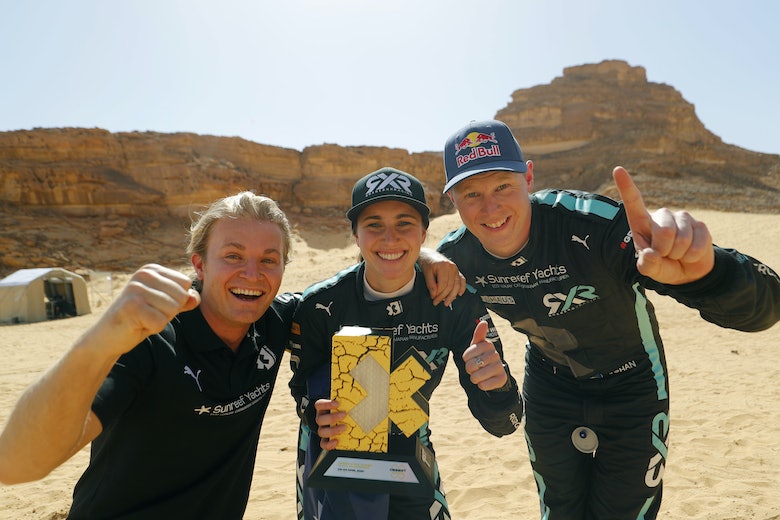 “The hyperboost just made it [the] worst-case scenario. If I had gone down there without hitting hyperboost I potentially wouldn’t have crashed into her, or have had time to see her and react.

“But the ratios just worked against us right there.”

Thankfully neither driver was injured in the accident, and Hürtgen was quick to highlight the safety of the Spark-built Odyssey 21 after two accidents in two days.

“What can I say: the car is quite safe from the drivers’ side,” she confirmed. “I can say I feel fine in the car, that’s really a big point.

“The rest, we must think about what’s happened in the last three days here,” she added.

“Also on the technical side what were the problems? It’s a new championship, a new car, a new facility here.”

As for Ganassi, it brought an end to a torrid weekend that began with the first crash in the disclipine’s history for LeDuc during shakedown on Friday before day-ending power-steering issues in qualifying on Saturday.

“This team’s motto is that they win races,” LeDuc said.

“It could be the case that this never happens again, or that it happens five times and we have to make a change. Again, sadly, I was the first one to wreck a car and the first one to crash into the back of somebody.

“Two big crashes happened yesterday. It’s off-road racing, it’s not going to go away. But [I’m] definitely beating myself up for making these mistakes on round one. [It’s a] huge points loss.”

Gilsoul gets first start since Neuville split on Sanremo