After three and a half days in Saudi Arabia, I’ve just seen my first camel. And another. And another. And there’s a man on a donkey herding sheep. Leaving quarantine in Jeddah has been something of an eye-opener.

After the same window for Saturday, Sunday, Monday it’s nice to be heading north, despite the temptation to wander 40 miles inland to visit Mecca.

How was life in the same hotel room for three days? I’m not going to lie to you, it was slightly odd. It’s been a long time since I didn’t pull on a pair of socks. Or my watch. What was the point? I wasn’t going anywhere. But the food was nice and regular – the Um ali was a particular highlight among the puddings. It was a bit like rice pudding, but with oats instead of rice. And it had some crunchy bits on top. And it was cold. So not enormously like rice pudding. But quite tasty.

Arguably the most exciting moment of my three days came when I noticed a fly on the inside of the window. In a room which felt almost hermetically sealed, I did wonder where he – or she, important given that we’re here reporting on Extreme E, which is all about gender equality –  had come from.

Was it a London fly that had joined me from Heathrow? Hard to say. But she – or he – was quite big.

Was. (I found a secondary use for the polystyrene tray my halloumi sandwich and chips had just arrived on.)

Anyway, back to today and destination Yanbu, which is where we’re going to board Extreme E’s floating paddock, the St Helena.

Is the big boat all that? I’ll come back to you with an insight tomorrow.

One thing which is all that is Saudi’s sand. And we’re into it after driving north for about 20 minutes out of Jeddah. The Kingdom doesn’t really do suburbs, it goes directly from big buildings to absolutely nothing.

Welcome to the Arabian Desert. Or at least the perimeter of it.

For the next two hours, we didn’t meet one corner. Seriously. Not one. And when we did get to the first corner, 100-odd miles up the – very straight – road, there was a completely wrecked car which, having failed to make the apex, had rolled 30 meters into the sand. 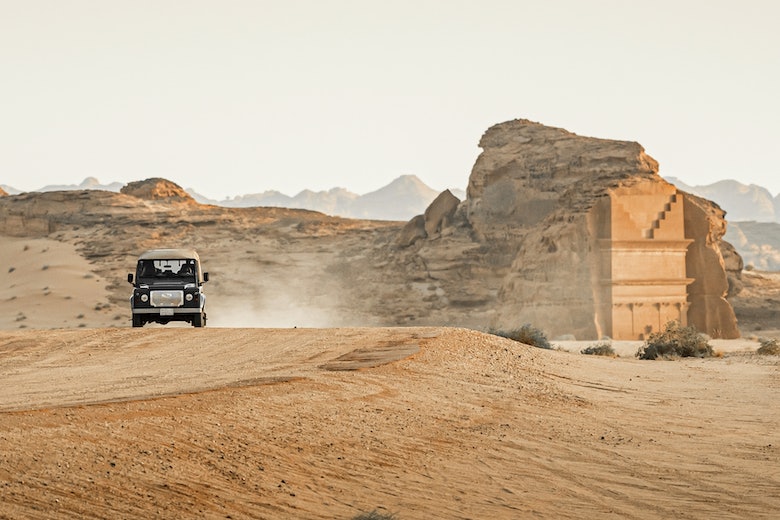 The lack of curves do make driving a bit dull in this part of the world, but one local demonstrated another way to stave off the sleepiness on the Saudi equivalent of the M1 as he tickled the limiter on his AMG 63 SUV.

Not that it worked, twenty minutes later we passed him, parked up and fast asleep at the side of the road.

The journey up the Red Sea coast is one which has long been talked about in the Evans household. My wife Sandra’s father worked in Saudi for 30 years and regularly moved between Jeddah and Yanbu. Back in the day, he drove what he called a ‘jeep’ that turned out to be an Escalade or something similar – something the size of a small English village.

When I asked him why, he pointed out that it improved his chances of survival if a camel wandered across the road in the dead of night.

Not much chance of that these days, the whole road is fenced on both sides to keep the hump-backed locals out of danger.

One thing you do notice every now and then is a real whiff of crude in the air. That’s not surprising when you consider 12% of the world’s oil production comes from here. Putting some numbers around that, Saudi Aramco generates 10 million barrels per day, nine million of which are exported.

In total, it’s reckoned there’s still around 260 billion barrels in reserve. That’s 41.3 cubed meters of oil. Want that in a more digestible form? OK, we all know what a liter of water looks like, right?

Well, to imagine Saudi’s oil reserves a lined up in the same sized bottles, you’ve got to imagine 39,520,000,000,000 of them in a row. What does that even mean? When I put that calculation into my phone, it couldn’t cope. Turning to the internet offered more mathematical terms, it’s 3.952e+13 liters. But again, I have no idea what that really means.

Apart from a lot. A very lot of oil.

Which would probably explain the feint aroma of black stuff.

And when you consider the magnitude of the oil production operation, it does make you wonder why Saudi offers the perfect backdrop to launch a series designed to underline the damage done by burning that black stuff.

More of that as the week progresses.

The countdown to Extreme E is on 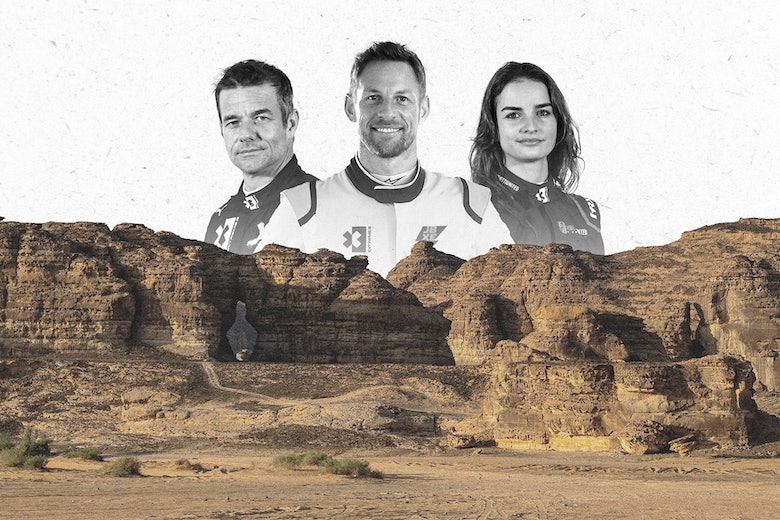 Who are the drivers in Extreme E’s inaugural season? 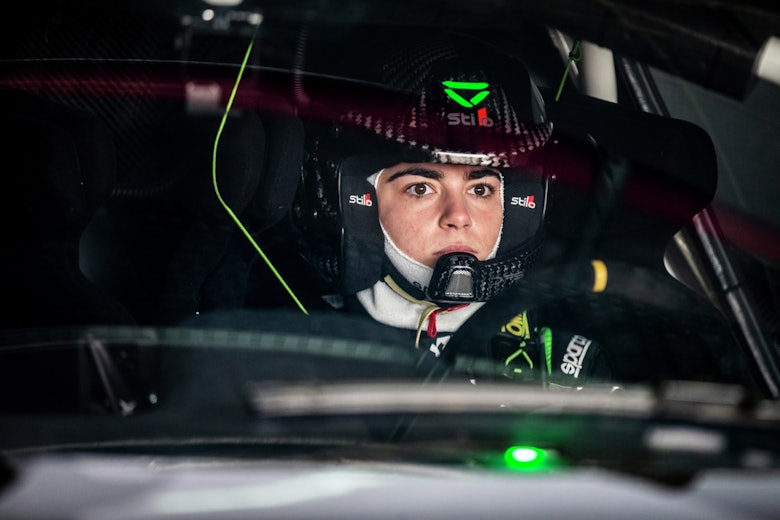 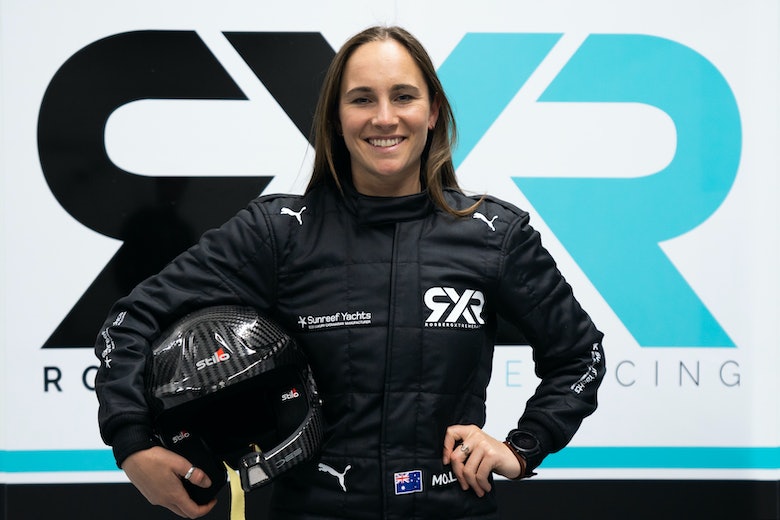 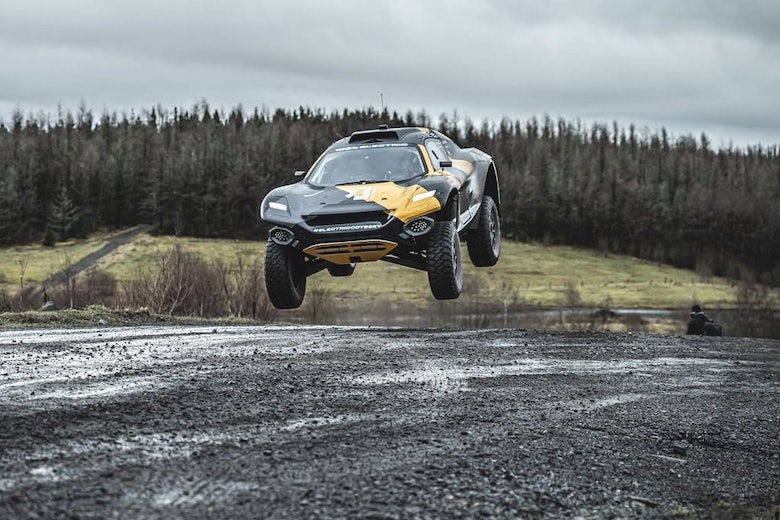