I know it’s not normally my turf, but the first round of Extreme E has brought me to the Kingdom of Saudi Arabia.

What’s it like? Very nice. So far. Although, I have only seen the airport, five miles of Middle Eastern suburbia (shortly after midnight last night), and the inside of a hotel room. I’ll give you a more accurate appraisal on Tuesday when quarantine ends.

Flying anywhere on planet earth is arguably more complicated now than at any time since the Wright brothers first looked to the North Carolina skies 100-odd years ago. But, after plenty of testing and a significant amount of form-filling, I climbed aboard Saudia Airlines SV112 from London and disembarked six hours later, 25 degrees warmer. 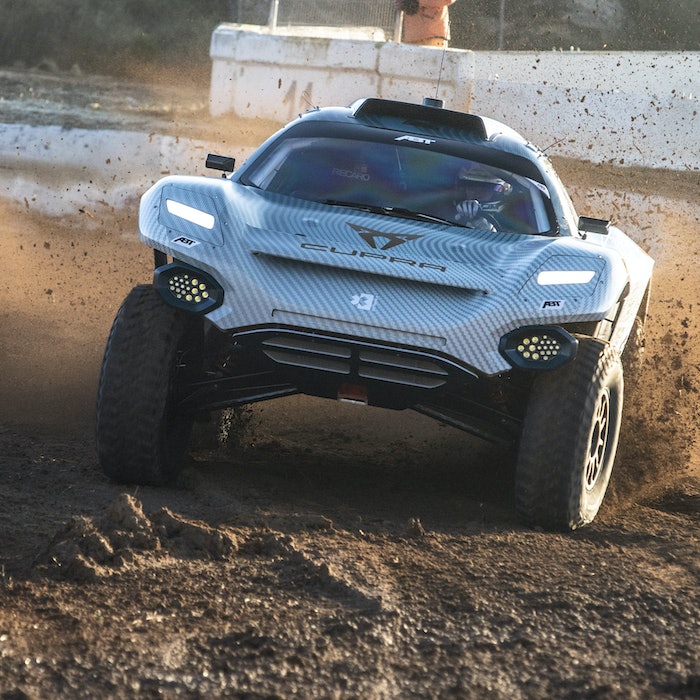 Once out of the hotel, we’re heading north, bound for Yanbu and the good ship St Helena to rendezvous with the service paddock (some might call it a paddock). On the way, there are some environmental legacy projects and climate change-focused speakers to listen in to. And I’m sure I’m going to find somebody to talk me through the inner workings of a hydrogen fuel cell.

But what I’m really here for and really excited about is the start of a new adventure. Electric’s no longer the future for off-road motorsport, it’s right here, happening right now and to be in at the start of that is something very cool.

And, of course, we all have a bunch of questions that will be answered this time next week. Will the cars work? Will Sébastien Loeb wipe the floor with everybody and how quick will Jenson Button be?

What about the performance of the cars? Then there’s the male-female side of things and the prospect of seeing Carlos Sainz in the co-driver’s seat. And what about the strategy, is there one? Can there be one?

It’s going to be a long week before DirtFish can answer those questions for you.

For now, back to quarantine and back to searching for something other than jiu-jitsu, falconry, and some fairly second-rate soccer on the telly. Not that it’s too much of a stress, I never seem to be more than a couple of hours away from another meal landing outside the door.

And the view out of the window is definitely something very different from what I’m used to at home – rarely has a place looked so hot. Right now I’m happy enough at 18.5 degrees, but we’ll be looking at double that when we go racing (rallying).