Extreme E race director Scot Elkins has explained the decision to restart the Ocean X-Prix final from the starting grid rather than carrying it on from the driver change area after the mid-race red flag.

The main event of the second round of the season was halted at the end of the first lap after both Team X44’s Cristina Gutierrez and JBXE’s Mikaela Åhlin-Kottulinsky retired two turns into the lap with mechanical failures.

In Åhlin-Kottulinsky’s case, her car was blocking the course, necessitating a speedy recovery in order to keep the race going.

Although the recovery of AK’s car was ongoing, the remaining runners Molly Taylor (Rosberg X Racing) and Stephane Sarrazin (Veloce Racing) were allowed to finish the lap and get back to the change zone before the red flag.

“We knew we had the incident at waypoint four and five, and we knew the track was blocked, so the idea behind it was to try to let the most racing occur as possible,” Elkins told DirtFish.

“I wanted those two cars to finish the lap. Knowing that when we came to the switch zone, effectively the race is neutralised a little bit because they both have to slow down to 30km/h and to go through the switch zone and then to go into their bays.

“So I waited as long as I could to throw the red flag, knowing that I had to throw a red flag to recover those cars.”

When the race was resumed, rather than continuing from the driver change area, the decision was made to line up at the starting grid, with the two remaining teams’ second drivers now in place.

“Because we’d effectively neutralised the race it made the most sense to just do a restart, and to do a standing start because we have the ability to do it in the regulations,” Elkins said of the decision to effectively reboot the race for a one lap dash to the finish.

However, re-gridding for a fresh, full two-lap race with the remaining participants was never a consideration. 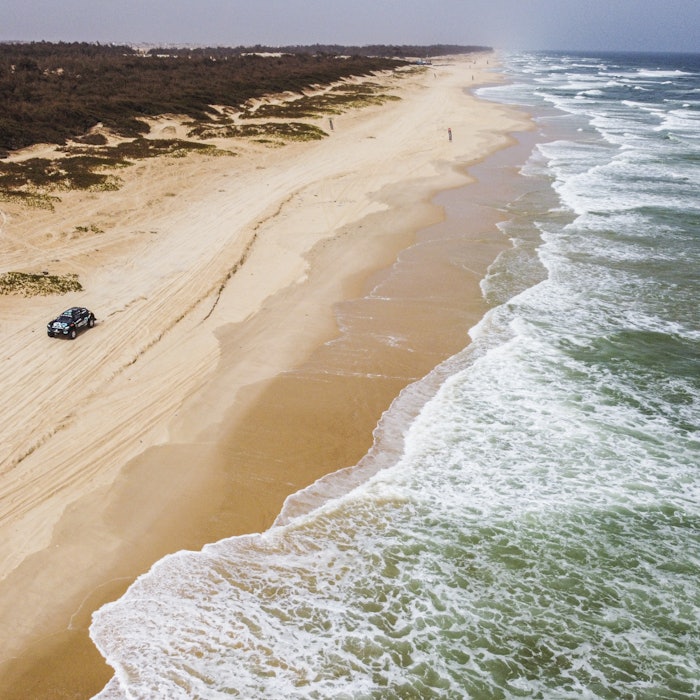 Kristoffersson and Taylor took their second victory in a row

“No, that was not part of it,” he said when the suggestion was put to him. “It’s not called out in the regulations that we have the ability to do that. And so [only] two laps is kind of what we do.”

The whole incident presented a first for XE, in its first-ever four-car race, and as a result making the decisions involved a combination of pre-planned procedures and race control thinking on its feet.

“But honestly, it’s one of those ordeals where I think it is an on the fly thing of trying to decide what the right thing is to do.

“A lot of things go through your head, and it would have been really complicated to try to integrate the switch into the restart and all of that. So we just kind of took the switch out of play.

“And the race is different. I mean at the end of the day it’s not like qualifying, it’s not based on time it’s based on who goes the furthest distance and so that’s why you go through all these things in your head and you’re like ‘ah, OK, hopefully this makes sense’.