The second round of Extreme E, this weekend’s Ocean X-Prix in Senegal, will feature a revised four-car final thanks to a tweaked, rallycross-esque format.

Once again teams will be ranked one-through-nine by timed qualifying runs on Saturday, with the top three advancing to the first semifinal. Teams ranked fourth, fifth, and sixth will compete in semifinal 2, while the bottom three teams will contest a ‘Shoot Out’ to determine the final three finishing positions for the event.

From those two semis, the top two finishers from each race will advance to the final, with the winner being crowned the overall event victor.

On the inaugural event in Saudi Arabia, there were just three cars in the final; comprised of the two fastest crews from a three-car semifinal with the winner of the ‘crazy race’ also booking a spot on the grid. 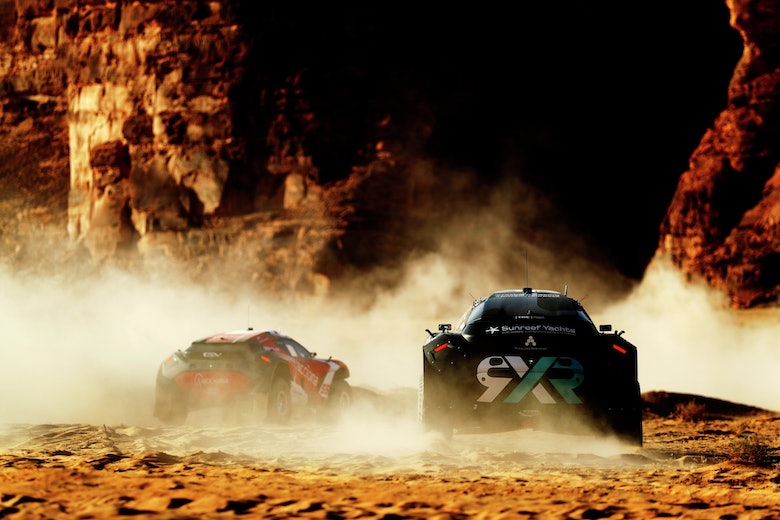 “After being here now and being pretty sure that we don’t face any dust issues here, or not as much as we have had in Saudi Arabia, the racing will be much better in terms of having the possibility for racing because we have no dust,” said Extreme E tester Timo Scheider who, along with counterpart Jutta Kleinschmidt had his first test of the Ocean X-Prix track on Monday.

“This is what I like and this is pure racing. I’m used to this side-by-side racing and if we can now leave four cars on the line out on track that will be amazing for TV [and] good for the drivers to have to challenge each other all the way through. 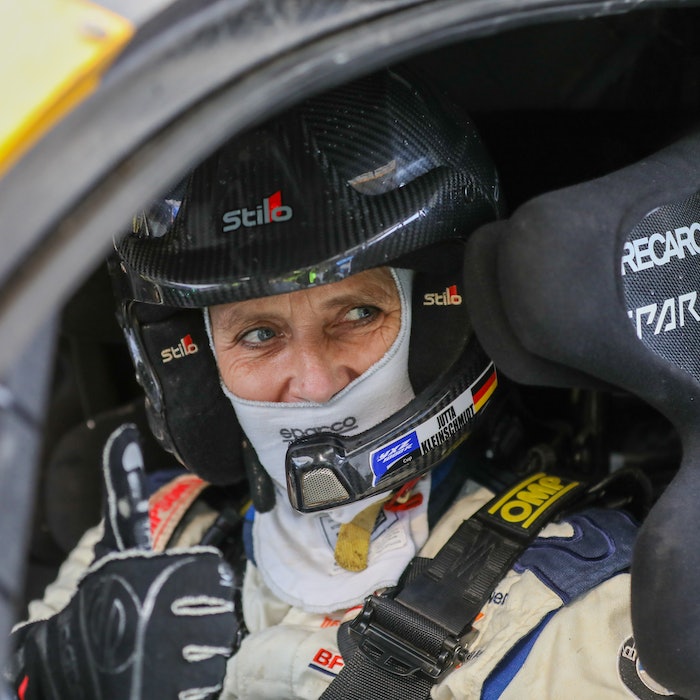 “So I think it’s not like someone is just taking off and leaving the queue, I think they will stay together quite close for the rest of the lap.”

One of the main characteristics of the drawn out but visually spectacular course used in Al-‘Ula for the Desert X-Prix was the lack of true overtaking opportunities due to the high speeds and poor visibility encountered there.

But Kleinschmidt feels that Lac Rose – which was previously used as a part of the Dakar Rally – will pose no such issues.

“I have no doubt that we can start four cars here,” she said. “I think we have to adapt to the race track we have and here I think this is easily possible.

“We were here with the Dakar Rally many times and we started at least 10 cars at the beach together for the last stage and it was always OK.

“For sure you will face a little bit of dust but in Saudi Arabia the dust was standing in the air and here it will go away and then we’ll have possibilities [of] many little tracks through the dunes and I’m really looking forward to seeing that. It’s super-exciting!”

The Ocean X-Prix will also feature the debut of the ‘super sector’; a designated part of the circuit where the fastest driver in that part of the track over the course of the weekend can earn an additional five championship points for their team.

Despite suggestions that a random driver lottery may be introduced, at present teams are still permitted to choose the running order between their male and female drivers, with the decision of each team’s chosen order remaining a secret until a few minutes before each on-track session begins.

Once again, every team’s male and female driver must complete a single lap of each two-lap session each although the team allocated to them to switch has been reduced from 45 to 40 seconds.

“But, if everybody puts a man first in the first round, you will have only man-woman man-woman all the time. We’re hoping that will change. If it doesn’t change, next race I do a lottery.”