Extreme E title rivals Rosberg X Racing and Team X44 have both been dealt a blow in their chase for the crown after rolling out of first qualifying for the Energy X Prix in Uruguay.

After JBXE’s Hedda Hosås suffered a low-speed tumble through Waypoint 13 on her second lap, RXR’s Mikaela Åhlin-Kottulinsky met a similar fate in the same sector on her second lap as well, albeit five gates further along.

Both drivers emerged unscathed, with their Odyssey 21 cars both sustaining bodywork damage.

However, it was X44’s Cristina Gutiérrez who suffered the biggest incident. Again in sector two on her second lap, her car flipped before coming to a rest on all four wheels. The car appeared more damaged than the first two and Gutiérrez briefly visited the on-track medical center but was soon released.

Explaining her incident to DirtFish, Gutiérrez confirmed she was OK, but couldn’t explain what exactly happened.

“I just took the corner – it was a good corner in the previous rounds, it’s nice because it’s wide and you can go straight,” she said.

“My steering wheel was straight, I don’t know exactly what happened, I think I touched a little bump and the car moved to the air and it was impossible to control it.”

While McLaren’s Emma Gilmour also suffered a roll during Friday practice – although a very low-speed one resulting in little damage – Friday was largely a trouble free day, a stark contrast to Saturday where three of the first five runners in qualifying rolled out.

The Punta del Este area was subject to storms and heavy rain in the build-up to the race and, while it was dry, Friday’s temperatures were relatively cool. But Saturday has so far been a lot hotter, with temperatures in the high 70s, and that has taken a lot of the moisture out of the track, resulting in increased grip levels.

Abt Cupra’s Nasser Al-Attiyah and Klara Andersson set the fastest time in Q1, but dropped to fourth overall as a result of a penalty for a Switch Zone infringement.

“The track is getting warmer and the water has gone out so I think now the grip is much more intense and sometimes it’s very difficult to control this car because the set up that we have is maybe not the best for these conditions,” explained Gutiérrez.

Saturday morning’s incidents could have dramatic championship implications. While the damage to the RXR car is largely superficial, X44 had a much bigger repair job on their hands. It was subsequently confirmed that X44 would use the series’ development car as a replacement.

“I don’t know [about championship implications], I don’t know because the rest of the teams have problems also,” Gutiérrez said. “Maybe we can repair the car and we can get [to] the semifinal. Maybe we can do something but at the moment I can’t expect anything.” 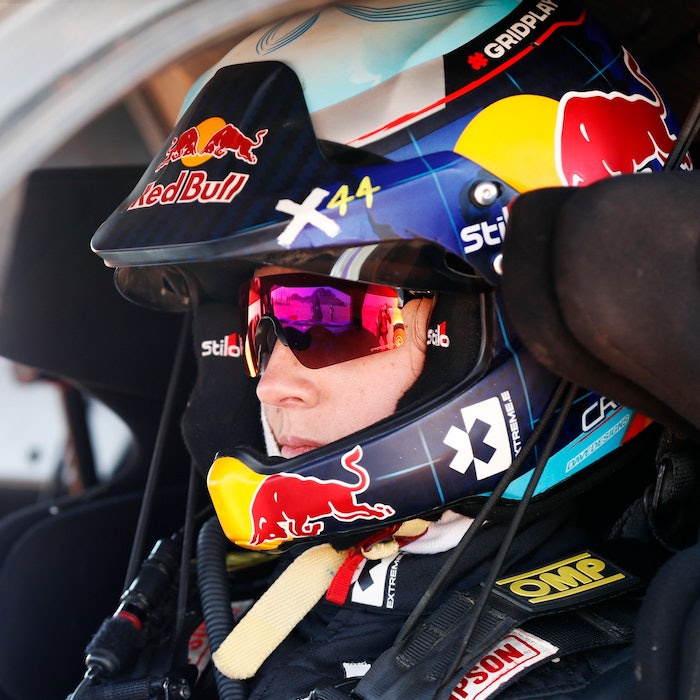 While the three consecutive incidents – which also coincidentally happened to the first three teams in the pitlane – all happened in the same sector, Extreme E bosses have confirmed to DirtFish that the track will remain unchanged, but also that they have the means and the tools on-site to re-prepare surfaces as and when necessary.

No other incidents occurred after the three rolls, with Acciona Sainz – third in the points and still in contention for the title – topping the times ahead of Veloce Racing’s new pairing of Kevin Hansen and Molly Taylor, and championship outsider Chip Ganassi Racing.

Abt Cupra’s Nasser Al-Attiyah and Klara Andersson set the fastest time in Q1, but dropped to fourth overall as a result of a penalty for a Switch Zone infringement.

How to visit The Golden Age of Rally