Morocco, Egypt, Israel and Greece are among the nations being considered to host the final round of the inaugural Extreme E season according to series founder and CEO Alejandro Agag.

XE was forced to reshuffle its original calendar, which first included stops in Argentina and Brazil, due to the worsening COVID-19 situation in South America back in June.

The Island X-Prix in Sardinia, Italy was announced in July as one of the replacement venues, but the composition of XE’s final, likely title-deciding round is yet to be finalized.

Speaking at the most recent round of the series in Greenland last weekend, Agag revealed his shortlist is down to around four countries. 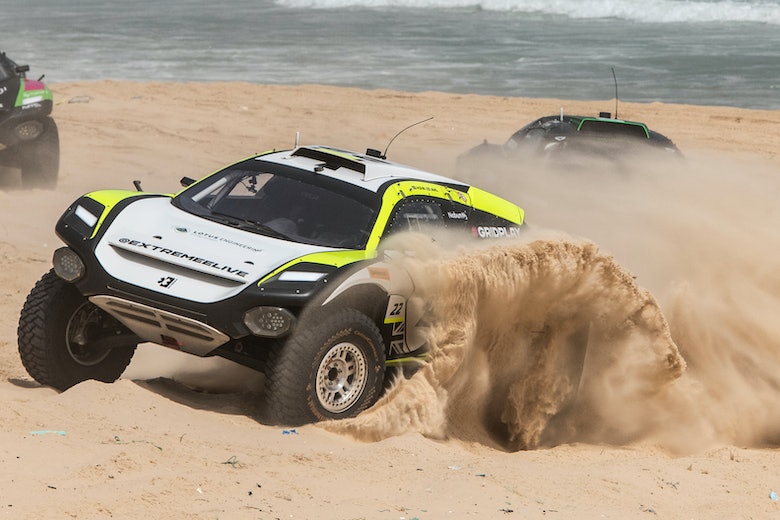 “I’m thinking of somewhere in Morocco, which is still amber [in terms of UK travel restrictions and quarantine] but could go red,” he said.

“Greece will be at one of the islands that has been affected by the fires, so we highlight the fires. Those are what the three options are. I’d love to go there and see which one.”

Of those mooted venues, Morocco and Greece have the most off-road motorsport pedigree as Morocco has been part of the Dakar Rally in the past and the Acropolis Rally in Greece – which returns to the World Rally Championship next weekend – is one of the most famous rallies anywhere in the world.

However the priority for Extreme E is to highlight environmental issues and make an impact in changing them. Last weekend’s Arctic X-Prix was the first ever car race held in Greenland and drew significant praise from Agag who described the event as “the spirit of Extreme E”.

Agag moved to confirm Greenland will “for sure be on next year’s calendar” when asked directly by DirtFish, but wouldn’t be drawn on more details about the 2022 schedule beyond that the series will return to Saudi Arabia but with “less dust, more dunes” and that the schedule has been drawn up and decided internally.

“Next year the calendar is a lot more calm,” Agag said. “I won’t announce a full calendar yet, we’ll presume race-by-race.

“I want to also keep an option open mainly for a European race, but the calendar is basically done. So five races.”

He explained that many of XE’s Europe-based partners want a race on their home continent for logistical reasons.

Asked if XE wanted to return to this season’s venuesor continually travel to new locations in the future, Agag confessed he thinks “it will be 50/50”.