Rosberg X Racing won the Desert X-Prix for the second year in a row after charging through the field in a red-flag affected final at the Extreme E season opener in Saudi Arabia.

A roll for McLaren’s Tanner Foust on the first lap brought out a red flag at the halfway mark, with cars resuming in the order and with the same time gaps as when the red flag fell.

When action resumed, reigning champion driver Johan Kristoffersson made perfect use of the hyperdrive power boost to overhaul Team X44’s Cristina Gutiérrez and Acciona Sainz’s Laia Sanz late on, having started the lap over 10 seconds adrift of both.

Sébastien Loeb, starting the race for X44, made the best initial getaway at the final’s first start, but Carlos Sainz powered up the inside going into the first corner to grab the lead. Behind them, Mikaela Åhlin-Kottulinsky settled into third ahead of Foust and Chip Ganassi Racing’s Sara Price.

With the track now mostly dry after early morning showers, dust levels were at their highest of the weekend. That caught out Foust, who slammed into the back of Åhlin-Kottulinsky in low visibility and then pitched into a roll after bouncing off the RXR car into a bump on the course.

When the pack arrived at the driver change zone, the decision was made to stop the race to recover the stricken McLaren entry. The race resumed with a staggered start, maintaining the gaps from the first lap.

Gutiérrez maintained Loeb’s challenge for the lead in the X44 car, with Sanz holding station out in front for Acciona Sainz.

But both were at the mercy of RXR’s Kristoffersson, who hunted down both, then timed his hyperdrive boost to perfection on the final open section to firstly get by Gutiérrez at the bottom of the hill – after two-wheeling the entry into the preceding right hander.

Kristoffersson then took a wide line into the penultimate turn to get by Sanz, who’d activated her boost in response to the RXR man, but couldn’t make it count.

RXR ultimately crossed the line 2.483 seconds ahead of Acciona Sainz, with X44 a further 3.324s back. 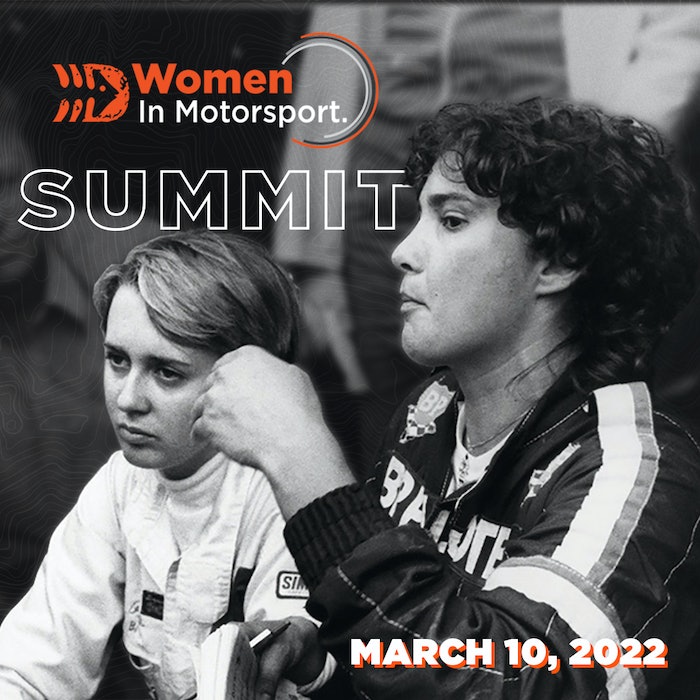 Meet some of the world's best female drivers and co-drivers at DirtFish on March 10, 2022 – both in person and virtually – at our Women in Motorsport Summit.

Ahead of the final, X44 and Ganassi shared the semifinal victories, with McLaren advancing to the main event through the ‘Crazy Race’ last chance qualifier.

X44 had a straightforward run in the first semi, with Xite Energy Racing’s Oliver Bennett and stand-in Tamara Molinaro finishing second on the road after resisting RXR. However, a 10 second penalty for Bennett after he knocked over a marker flag relegated him out of the transfer spots.

Ganassi had an equally comfortable run in the second semi, with Acciona Sainz and Andretti United fighting over the second transfer spot. That battle came to a premature end after Andretti’s Timmy Hansen rolled out of the race just before the second waypoint after clipping a camel grass mound.

McLaren’s Crazy Race win was a high point of the team’s maiden off-road racing weekend. Foust charged through on the second lap to overhaul a 12.45s lead for JBXE’s Molly Taylor. Taylor eventually finished third after being passed late on by Abt Cupra’s Nasser Al-Attiyah, but only the winner advanced to the final from the last-chance Crazy Race.

Reigning champion driver Taylor had taken over from Kevin Hansen, who was taken to hospital for check-ups after sustaining a potential back injury after a heavy landing during his lap.