Rosberg X Racing’s penalty for the first of Extreme E’s two Island X Prixs has been reviewed, and the reigning champion has been demoted further from third to fifth.

RXR’s Johan Kristoffersson and Carlos Sainz of Acciona Sainz collided in the opening stages of the round two final.

RXR held on to win but lost it soon afterwards, dropping to third as the result of a 30-second penalty.

However, in the aftermath of the incident, Acciona Sainz requested a review of the evidence after more came to light. While the team insisted it was “not an appeal”, the request to review did have the potential to alter the result further – and it has. 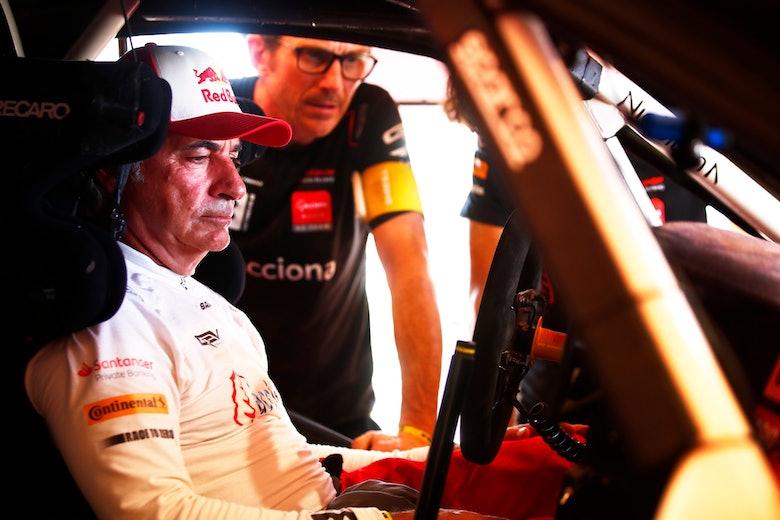 Following an investigation by Extreme E’s governing body, the Automobile Club de Monaco, there has been a change of penalties, with RXR now being dropped to fifth (last in the final) in the overall race result. That change also elevates Acciona Sainz, which retired at the scene of the accident, to fourth.

In a statement, RXR maintained its view that the collision was a racing incident, while also calling for better track designs in future to avoid repeats of the same sorts of incident.

“To say that our team is disappointed to now be classified fifth in the final after this unfortunate (and in our mind unavoidable) racing incident is an understatement,” the statement read.

“We hope for better circuit layouts from Extreme E in future to ensure the safety of all involved. When two cars are racing flat out and have to merge into a single lane, there are bound to be collisions. Such racing incidents should be avoided entirely.

“At the end of the day we remain committed to working together with the Extreme E family to drive awareness, educate and help tackle climate change. And we hope to drive that message home with yet another championship win still to come.”

While the change in race result bears no real significance to RXR as it still leads the championship, the additional two points Acciona Sainz gets from the revision moves it up to third, ahead of Team X44’s Cristina Gutiérrez and Sébastien Loeb.

That lifts the team ahead of McLaren in the standings.

Rovanperä explains the cause of Ypres crash