All-electric motorsport of the modern day first arrived in earnest back in 2014 when the inaugural Formula E season took to city streets all over the world. Since then electric vehicle and battery technology has developed and now we have Extreme E, a series that puts EVs through much tougher demands in racing than anything seen before.

Varied terrain, jumps, and full-on contact – XE cars go through the wringer every time they are switched on. That invites concern from those unfamiliar with EVs about whether it’s safe to put a battery-powered car through such abuse. But as Williams Advanced Engineering (WAE) technical director Paul McNamara points out, while XE may look to the future, the fundamentals regarding safety have been around for a while.

“Any type of vehicle that’s got a battery has got to make sure it can deal with sort of crashes and things,” he told DirtFish recently at an event at WAE’s headquarters, where it produces XE’s control battery.

“We’ve all got used to carrying around 60 liters of fuel sitting underneath us or just behind us or something like that, and you think that’s pretty dangerous. Over the years we developed means of dealing with that.

It was absolutely a DNA stream that's come all the way from F1, but it's more a combination of the industry Douglas Campling, WAE head of motorsport

“In the old days, the fuel used to be at the back, and now it’s actually in the middle of the car so all of those lessons actually carried across to electric vehicles.”

Because of that, battery development is already at a point where a high level of safety is considered in the design and development process – so much so that for XE, Williams didn’t need to alter its methods too much for the all-electric off-roader application.

“I’d say it’s probably 90% we do it anyway, and 10% of Extreme E was, as it is with any car, [considering] the terrain, what exact shocks and vibrations might we expect from that and then add that into the regime,” McNamara said of how testing and development of the XE battery differs from its other projects.

“We’re always modifying the test regime, according to what we think might happen out there in the real world.”

XE is the latest in a long line of projects for WAE, with its résumé consisting of everything from fridges to Formula 1, medical, and defense. Naturally, that means that some of the technology used has been filtered in from other projects.

“Flowing into XE is everything we’ve done on control, algorithms that go into our battery management system, how we’ve learned, how to test things, how to analyze things, how to weld cells on the copper busbars, how to close the cells in plastic modules, how we’ve learnt the separation of the materials to prevent complications, all of that flows in,” explained McNamara.

That knowledge has been carried over from a range of applications including other areas of motorsport, road cars as well as “stationary satellites” and “aircraft-type situations”.

WAE’s head of motorsport Douglas Campling added that some of the knowhow can be traced way back to 2009 when sister firm Williams Grand Prix Engineering started using a Kinetic Energy Recovery System (KERS) in F1, but ultimately it comes as a culmination of the many projects both companies have worked on at their shared campus in Grove, Oxfordshire, over the last decade.

“It was absolutely a sort of stream of DNA that’s come all the way from there, but it’s more a combination of the kind of industry, the people being here on site together and working across this breadth of motorsport and non-motorsport electrification projects,” he said.

“That’s given us this competency to take a clean sheet and design something very specific for this application.”

Williams is also involved in FE, but while much of the technology from that series hasn’t necessarily found its way into XE, the experience still proves valuable.

“The carry-over from the actual battery hardware between Gen1 Formula E and XE is relatively low, but, the whole experience of going EV racing, knowing what you need to do over race weekend, the time constraints, the pinch points, all that learning, absolutely has just been absorbed by the organization and especially within my motorsport group to intuitively start off going in the right direction for the motorsport series,” explained Campling.

Another motorsport application that proved useful was one that ended up not coming to fruition. As World Rallycross began exploring an electric future, Williams was initially chosen to provide a control battery back in 2018. Ultimately as the championship opted for another direction the work WAE did never saw the track, but the thinking proved crucial for XE. 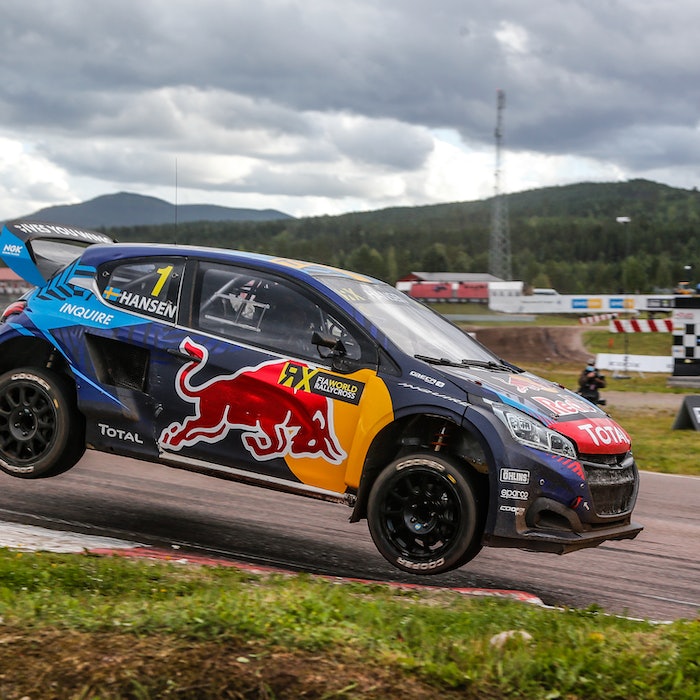 “We had eight months of design and development on the product for that series. So that already got us thinking about this sort of short format event, battles, and thinking about the kind of quick turnaround,” Campling said.

“It was an absolutely clean slate,” he added in regard to whether any of the World RX work made it to XE.

“If we go from the cell and build upwards: so it was a cell that we hadn’t used in a motorsport application before, getting the right balance of power and stored energy.”

So WAE’s work is clearly a culmination of its previous efforts across a plethora of applications and industries, but can the XE work reciprocate and benefit others in the way it has benefitted?

“Flowing out of XE is this robustness, simplicity, harsh environment things, and flowing on into applications, probably the principle one for us at the moment is mining,” explained McNamara.

“Again, you’ve got this application which is dusty, remote, it’s just gotta keep working, it’s very much that different sort of application.”

Campling added: “They are all about creating a more sustainable circular energy economy at some of the large mining sites around the world.

“[Mining] has an image problem because of what you’re doing, but unfortunately the world will stop turning without mining for all sorts of reasons, therefore we’ve got to make the process sustainable going forward and sustainable from an energy point of view.

Motorsport's great, it's fun, it's exciting, it's entertainment, but it can be so much more and if we can be part of that, that's perfect. Douglas Campling

“So if we can get these large haul trucks working in a way that is net carbon zero, then it’s great. There’s another industry that’s not part of the problem anymore, specifically around global warming.

“We’re hopefully an enabler to a better, greener, more sustainable planet because ultimately that’s what we need.

“Motorsport’s great, it’s fun, it’s exciting, it’s entertainment, but it can be so much more and if we can be part of that, that’s perfect.”

So much more indeed – motorsport has always been touted as a test bed for future technologies, but that’s usually assumed to be in relation to road cars and passenger vehicles. Ultimately, it’s a much broader scenario.

“The thing about motorsport, is that it has a huge benefit, mainly because it’s a controlled testbed where you can try things out and you know what’s going to happen,” said McNamara. “If it doesn’t quite work, you can row backwards from it, collect all the data from a controlled environment.

“If you’re outside of the motorsport business, you tend to hear that and only semi-believe it, but when you’re inside it, you realize actually compared to the constraints imposed on an engineering manufacturing organization, where you’re going to go to actual customers, where you give it and the thing just disappears on you, you can try stuff and you’ve got complete control of how it pans out.

“And so that’s where the ability to innovate comes from. It’s a much freer environment for you to innovate in and actually create whatever you’ve done, a battery or a brake system, a motor or anything. I think that’s what motorsport will continue to do whatever format it is.

“One interesting thing about electric vehicles is because the energy storage has become heavier, the rest of the car’s going to get a bit lighter. So again, there’s an innovation on light weight that [is] being pushed, then that’ll have innovations into aircraft. It just sort of spreads out because of this push to do things.” 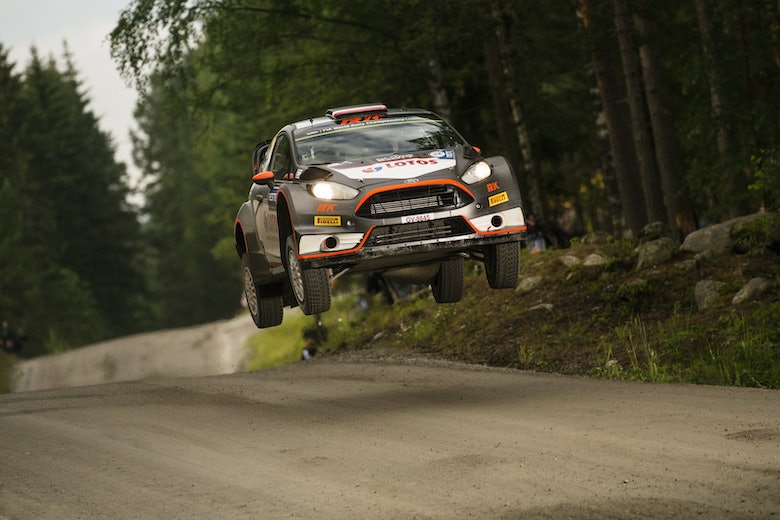 Who should go to XE’s rookie invitational test? Our verdict 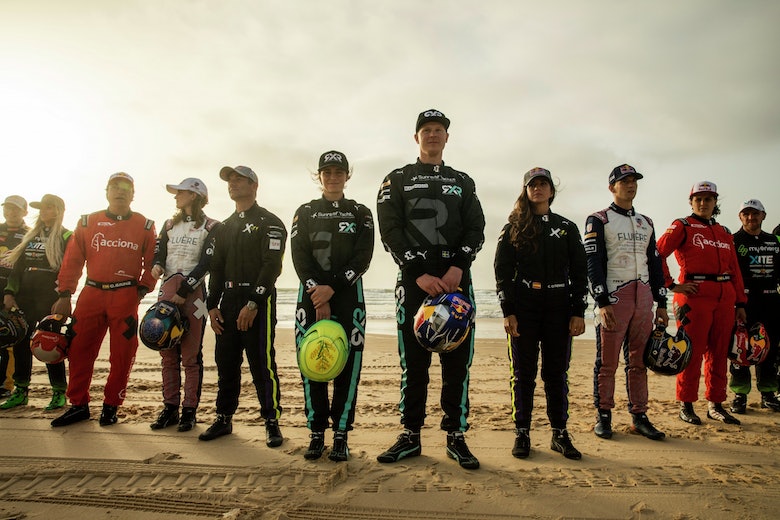 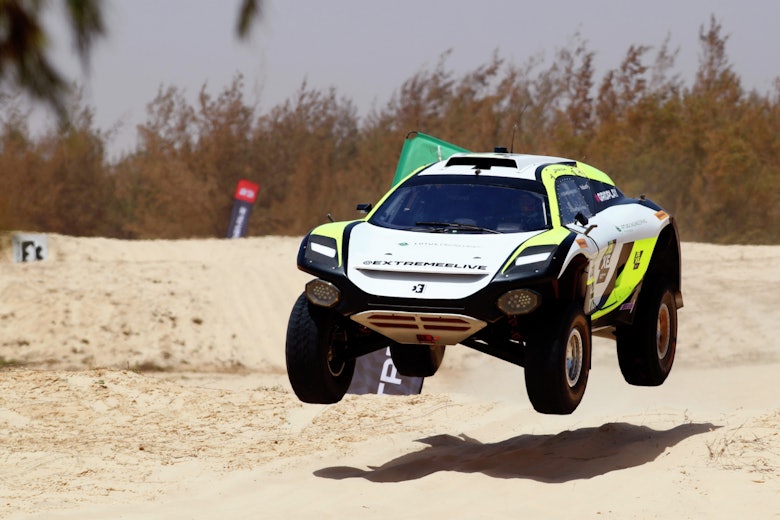 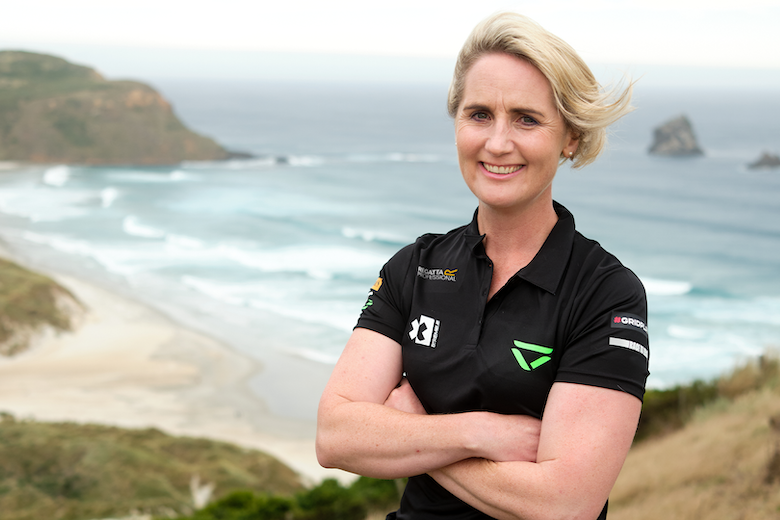 How an Extreme E reserve has become a Veloce racer

Should Neuville be the WRC championship leader?