September 2022 will forever be a memorable month for Klara Andersson.

As if becoming the first female driver to bag a podium in World Rallycross wasn’t enough, one week later, and more than 9500 miles away, she claimed yet more hardware after finishing on the podium in Extreme E’s Copper X-Prix. 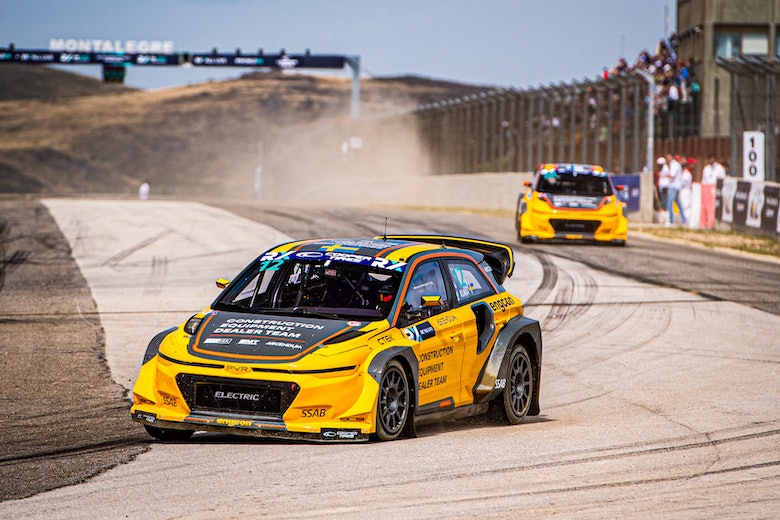 But as one of the series’ designated ‘championship drivers’, Andersson was heading to Antofagasta, Chile, all set for a weekend on the sidelines. That was until she was ushered into the Abt Cupra team late on Friday evening after regular driver Jutta Kleinschmidt was ruled out of the rest of the event through injury, after hurting her back in second practice.

“I came here with super good vibes from Portugal and to get the call, getting straight to Abt Cupra, learning everything about the car and the track and in a few hours I was in the car for Q1 – it’s been a rollercoaster of emotions,” Andersson said.

“I’m just so so happy to get this opportunity. Of course, I wish Jutta the best recovery possible and I heard that she’s doing better so that makes me really happy.

“And yeah, I’ve been waiting for this opportunity for quite some time now and to get it here and to finish on the podium with Nasser [Al-Attiyah] is, yeah, I’m just amazingly happy.”

Quite some time indeed.

Andersson initially inked a one race deal to race for Xite Energy Racing in Saudi Arabia earlier this year, but after contracting COVID, she never even made the trip. For the next round in Sardinia, she was snapped up by the series to replace Tamara Molinaro (who went on to take her spot at Xite) on the reserves’ bench.

But despite the role, Andersson hasn’t actually been behind the wheel of an Extreme E Odyssey 21 since she completed a handful of laps at last year’s rookie test. How she then adapted to her new team and surroundings at such short notice certainly impressed veteran team-mate Al-Attiyah who, along with Abt Cupra, hasn’t quite been able to make the most of their blistering pace shown all season.

“This weekend was a really nice weekend but from the beginning it was not easy,” said the four-time Dakar rally winner. “We feel sorry for Jutta, I know she will be OK, but Klara, she jumped in the car and she’s a really amazing driver and she did what we needed.

“We tried from the beginning of this year, we had amazing speed but still missing something. Klara brought the luck and today we’re on the podium.”

Andersson began her weekend steadily during qualifying, before laying the groundwork for Abt Cupra’s first final appearance of the year in the second semifinal.

Lining up as part of an all-female starting grid, Andersson enjoyed a battle with the rapid Sara Price before ending her stint ahead of the Chip Ganassi Racing driver, a position Al-Attiyah maintained once he took over the car. 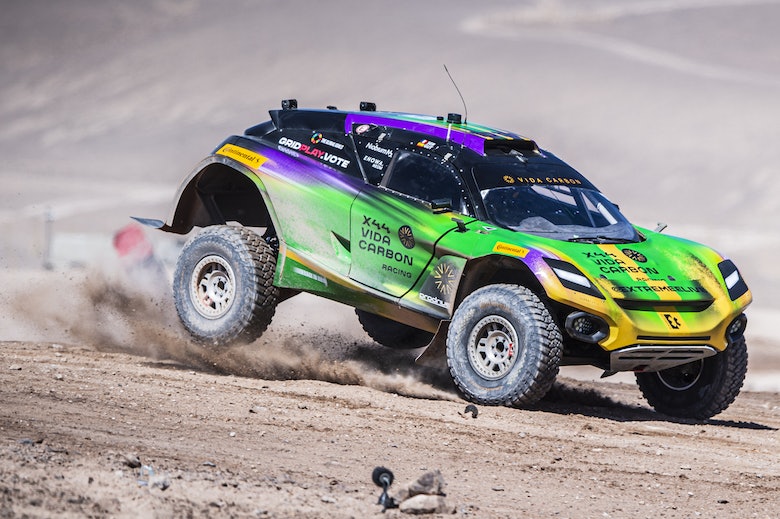 In the final Al-Attiyah started, making the best start in the field before slipping back. Andersson, upon taking the wheel for the final two laps, kept the team in the podium hunt though, swapping places with eventual second placed finisher Laia Sanz of Acciona Sainz.

After finishing, Andersson said she was “super happy to finish on the podium”, and added that she had “100% of course” treated the last-minute opportunity as a chance to put herself in the shop window for 2023, with every other previous championship driver’s substitute appearance to-date leading to a full-time drive.

“You need to think about the future and you only get one shot to show your pace and of course everyone is already thinking about next year so hopefully I’ve proved something this weekend but you never know,” she said.

“There’s a few races left of World Rallycross, Uruguay [for the Energy X Prix] also, so [I’ll] take them race by race but of course you need to think of the future,” she added. “We’ll see what happens.”

As debuts go, it certainly caught the eye.

After Abt Cupra driver Claudia Hürtgen fell ill after the first day of running of the Ocean X-Prix in Senegal last year, then series reserve Kleinschmidt was parachuted into the team and instantly turned around its fortunes.

It’s no secret that Hürtgen struggled in Extreme E – before dropping out of the Senegal race, team-mate Mattias Ekström was the fastest individual in practice but Hürtgen’s performance meant the team finished the first day eighth out of the 10 runners.

Kleinschmid’s arrival instantly elevated Abt Cupta to third in the first part of qualifying the next day, and fifth in the event overall.

The showing was enough for Kleinschmidt to displace Hürtgen permanently, and the team was duly rewarded later in the year with a second place finish in the Island X Prix in Sardinia two rounds later.

Another link to the latest stand-in, Molinaro replaced Kleinschmidt as the championship driver from the third round of the 2021 season, and was then called up to fill-in at Xite Energy Racing for the 2022 season opener after Andersson was ruled out.

Again, like Kleinschmidt, Molinaro instantly helped her new team – the squad which had languished at the bottom of the standings in 2021. Alongside team backer Oliver Bennett, she played a part in Xite Energy Racing breaking into the top six for the first time since the middle of the previous year.

In another parallel to Kleinschmidt, Molinaro’s performance secured her the Xite seat for the rest of 2022. With Timo Scheider – who took Bennett’s seat for rounds 2-4 – she propelled the team into championship contention, where it remained until the Copper X Prix.

While Hosås’ appearance in the middle east amounted to just a single lap, she was soon loaned out to JBXE for the balance of the year where she’s shown strongly in on-track encounters.

But with JBXE’s future in the series in doubt for much of the winter, it left it late to lock in a driver alongside Kevin Hansen after Mikaela Åhlin-Kottulinsky displaced Taylor at RXR.

Taylor would go the other way, albeit in a one race deal, and the cobbled together team almost made it to the final via the crazy race, but for a last lap pass from debutante McLaren.

Taylor hasn’t returned to Extreme E since round one of the 2022 season, with Hosås moving over from Veloce to fill the JBXE seat for the rest of the year.

Paddon on a “hiding to nothing” in New Zealand