Four-time US rallycross champion Scott Speed has been announced as one of the wildcard ‘ringer’ drivers for the upcoming Superstar Racing Experience season, which begins next month.

Speed will appear at the Eldora Speedway round of the all-star series on June 26, and will compete alongside racing legends such as Helio Castroneves, Bill Elliott, and series co-founder Tony Stewart on the dirt oval.

Speed’s appearance in SRX will mark his first competitive outing since Nitro Rallycross in 2019, when his season was cut short after breaking his back upon landing from one of the smaller jumps on the Utah Motorsports Campus course.

Created by Stewart and former NASCAR crew chief Ray Evernham, SRX emulates the defunct International Race of Champions (IROC) series by putting some of the biggest names in motorsport in identical, purpose-built stock cars for a short series of races. 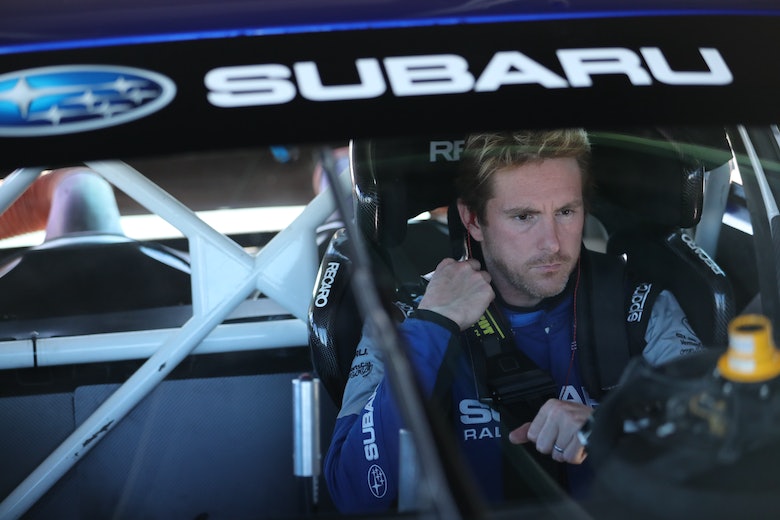 Speed plots return to dominant ways after breaking back

The cars, designed by Evernham, are powered by a spec Illmore V8 engine – the same as the one used in the ARCA stock car category – and have been built by Fury Race Cars in Mooresville, North Carolina.

No driver will be assigned a set car, with a draw taking place before each event to decide who drives what machine in a bid to keep the competition as fair and as open as possible.

Unlike IROC, and NASCAR, SRX races will take place on shorter ovals – a mix of dirt and paved tracks – and will have a semi-rotating driver line-up from round to round.

The series’ grids will be made up of 10 established retired or semi-retired drivers, plus a local ‘track champion’ and guest ‘ringer’, of which Speed is one.

Announced at the same time as Speed was 19-time NASCAR Cup series winner Greg Biffle, who will be appearing at the season opener at Stafford Speedway in Connecticut; and nine-time Dirt Late Model champion Scott Bloomquist who will run at Knoxville Raceway.

Speed isn’t the only US rallycross driver to be getting seat time in a stock car ahead of the Nitro Rallycross season, which is set to begin in September.

Fellow race winner Steve Arpin has made regular appearances behind the wheel of a Dirt Modified, produced by his own Longhorn by Loenbro operation.

Back in February Arpin returned to the DIRTcar Nationals at Volusia Speedway Park in Florida and claimed a feature win on his way to a fifth place finish overall for the event.

He later made appearances at Bristol Motor Speedway which had been converted to a dirt track for the first time since 2001, and Electric City Speedway in Montana where he claimed a feature win after starting 14th.