Locked down in his flat close to Hyundai Motorsport in the Frankfurt suburbs, Andrea Adamo watched the television in absolute horror as the coronavirus pandemic ripped through the very heart of his home community.

The Italian lost family members to COVID-19 and watched as his home region of Piedmont was brought to its knees by the virus. He made a pledge to himself that he would do what he could to bring a smile back to the faces of people in and around his home town of Cuneo as soon as he could.

For the past week, he’s done just that. Starting with Rally di Roma – the European Rally Championship round he labelled a ‘shakedown’ for the big one: Rally di Alba – and on Sunday, Adamo brought Alba to life by delivering a superb event with fantastic competition and a depth of field that would rival most WRC3 rounds.

“I know what this area went through,” Adamo told DirtFish. “I watched it. I watched it happen and I lost family.

“This is an emotional moment to be here and see this place now after where it was a few months ago. We wanted to do something good and I think we did that.

“It was important to me to be able to give something to these people who have suffered some incredibly tough times recently. This is my place, my home and it hurt me to see it like it was. Now we see it coming back to some normal life.” 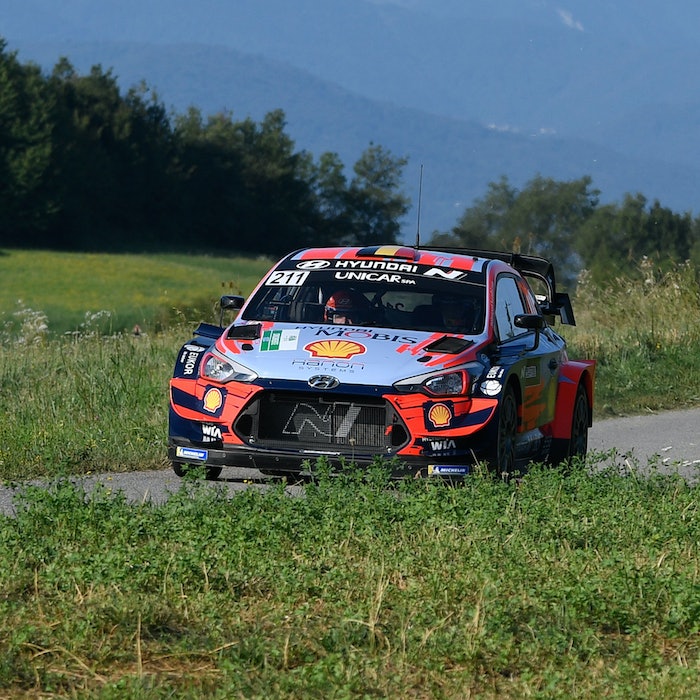