Last month’s news that Ken Block was going to be making his American Rally Association presented by DirtFish return in a Škoda Fabia R5+ was exciting. But it was also weird.

Škoda isn’t the laughingstock of a brand it perhaps unfairly once was but given Block hadn’t driven anything other than a Ford in competition since 2009, adjusting to seeing a Fabia in the famous Monster Energy colors took some time.

There is no such adjustment required this month though, maybe just a time machine. Block is back behind the wheel of a Subaru for the first time in over a decade, and this really does feel right!

When Block sensationally announced at the beginning of the year that his exclusive relationship with Ford was coming to an end, Subaru was the one brand fans were unanimously hoping to see him reunite with. 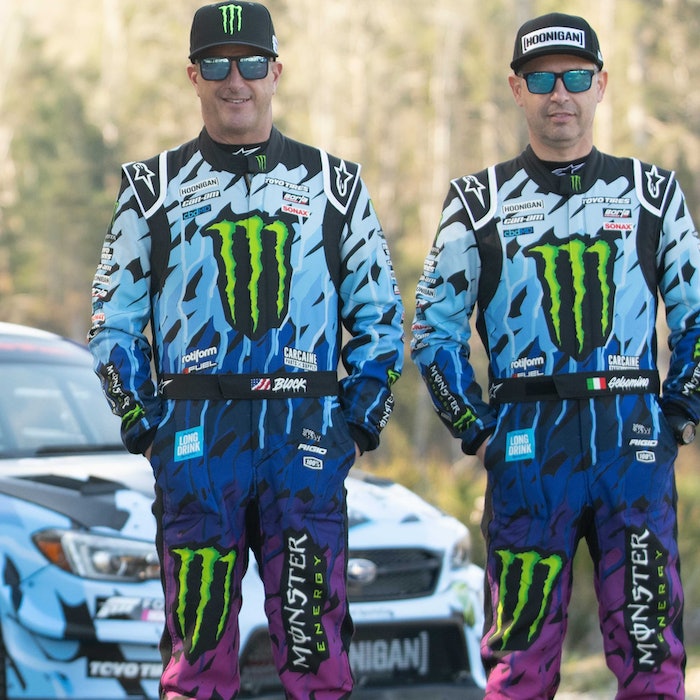 Block’s first foray into rallying was with the Japanese automaker as he took on the likes of Travis Pastrana and Dave Mirra within the same stable and his first Gymkhana films were in Imprezas too. To an extent, Block has come home. And as an aside, doesn’t that car look fantastic!?

But now that it’s happened, what can we expect? What can Block achieve on the Olympus Rally this weekend back in a Subaru?

There are a couple of caveats to consider though. Chiefly, this is another brand-new machine for the Head Hoonigan in Charge and thus he won’t necessarily be maxing its capabilities from as early as stage one – although a test this week at DirtFish’s state-of-the-art facilities will have been a big help.

The second is Block’s familiarity with the rally. Unlike the 100 Acre Wood Rally which he and Alex Gelsomino have regularly returned to despite their busy program, Block hasn’t entered the Olympus Rally in nine years and that 2012 appearance was just his fourth ever in Washington.

A man of Block’s international pedigree knows how to maximize a recce though, so don’t expect that to hamper him too much. Instead, his weekend performance will all depend on how quickly he can get on top of the Subaru – which will be a lot different to tame than the Škoda he drove last month – and how competitive his main rivals prove to be.

That does mean a reborn battle – Block versus Travis Pastrana – could rumble to the fore.

Pastrana is the form man in ARA at the moment. A superb victory on the Sno*Drift Rally in February was backed up by another victory on 100AW that required an entirely different skillset. Pastrana wasn’t the quickest but he was the smartest and rose to the top when both Barry McKenna and Block ran into various problems. 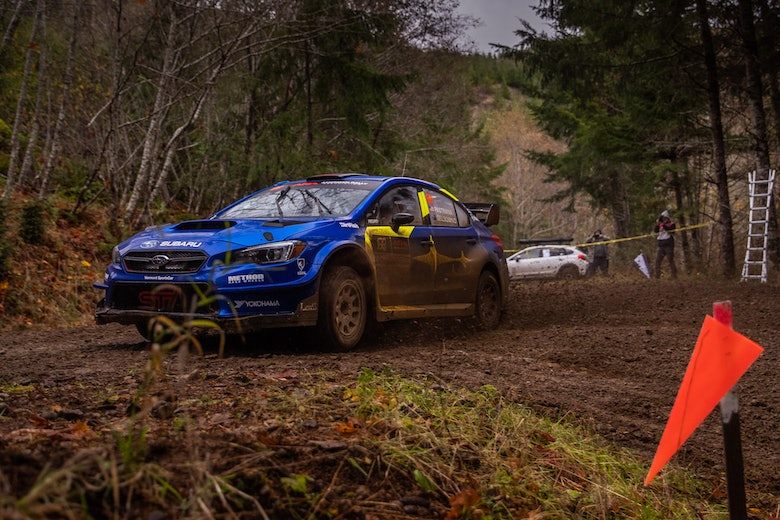 Block finished second to the five-time US champion last time out but the pair never really did battle. In even machinery however they could be closer and don’t forget, it was in Subarus that these two first did battle a decade and a half ago.

Factor in the ever-improving Brandon Semenuk, McKenna – who was unlucky not to win straight out of the box with his latest-generation Ford Fiesta WRC – and the two Irish interlopers Josh McErlean and Callum Devine and it’s going to be a battle royale.

Block could be lucky to get a podium, and that would be if he drove well! Yet again, the main takeaway from the Block Subaru-news is how promising US rallying is looking right now.

The competition between McKenna, Pastrana and Semenuk over the last 12 months has been fantastic but to have quality doubled in terms of quantity is nothing short of amazing.

Even on the same weekend as the World Rally Championship, there will be plenty of eyeballs on the ARA on Saturday and Sunday. Long may that continue.