Four of the six planned stages for the last day of the DirtFish Olympus Rally have been canceled due to adverse weather conditions.

Olympus Rally is the final round of this year’s American Rally Association National season and is running in November instead of its usual slot in spring as a result of the coronavirus pandemic forcing a major calendar shuffle.

Eight stages of the 2020 event have already been completed, with new ARA National Champion Barry McKenna emerging from them quickest to hold a 46-second lead over Subaru Motorsports USA’s Brandon Semenuk.

Three stages, repeated in the afternoon, were meant to comprise Sunday’s leg of action but both the Cougar Mountain and Out Windy tests have been canceled because of layers of snow in the stage itself and flooding on the transit section out of the forest making the tests unsafe for competition.

The 11-mile Nahwatzel stage however – the longest stage of the event – will still run and crews will get three passes of it instead of the original two.

Despite the total number of stages being reduced from 14 to 11, only 15.6 of the 109.5 competitive stage miles have been lost from the event. 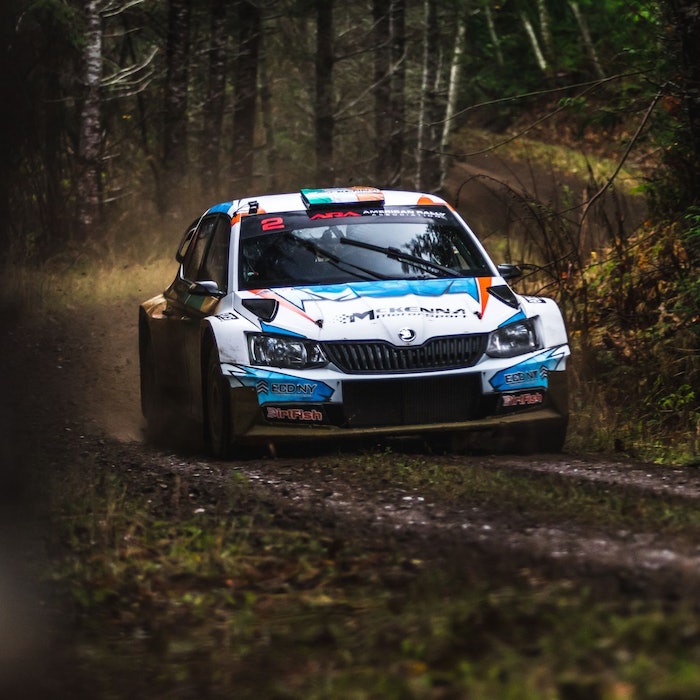 A MISTAKE BY SEMENUK EASED THE PRESSURE ON THE OVERNIGHT LEADER