Motorsport Ireland Rally Academy drivers Callum Devine and Josh McErlean will both make their first-ever US rally starts next month as they head to the American Rally Association presented by DirtFish to contest the DirtFish Olympus Rally.

The Olympus Rally, on April 24-25, is round three of the 2021 ARA season and is based in Shelton, Washington.

Devine, a podium finisher in the European Rally Championship, will drive a McKenna Motorsports Ford Fiesta R5, while Hyundai junior driver McErlean will pilot the i20 R5 run by PCRS that Enda McCormack drove on the Sno*Drift and 100 Acre Wood Rallies.

For McErlean and co-driver Keaton Williams, the Olympus Rally is being used as an opportunity to test for the opening round of the ERC, the Azores Rally, which starts two weeks after the Washington event.

“It’s quite an experience to even think about,” McErlean told DirtFish.

“The ARA has been growing over the past five years I’d say and I’ve always watched Launch Control on the Subaru platform. But most people in Europe were following the last round [100AW Rally] because of the WRC car out there in the hands of Barry McKenna.

“It’s definitely raised the profile of the championship and there’s no better point for us to go over and see what it’s like.

“I’ve watched some in-car from previous years and it’s quite similar to Wales on a dry day,” McErlean added.

“It’s going to be different, obviously it’s going to be a completely different nature of roads and we’ll have to do a very good recce to be on it as I think the roads are quite similar to previous years and a lot of these guys have done this event several times.

“We did the Cambrian [Rally] last year and it was really the only gravel running we’ve had in an R5 so we’re relatively new to gravel, but I think our pace from the Cambrian last year shows that we aren’t that far away and we have to build on that for a good start to the year.

“We have to be productive and make it a good test for Azores.”

Hyundai Motorsport Customer Racing operations leader Andrew Johns told DirtFish he can’t wait to see what McErlean can do with the i20 R5 stateside.

“We’re seeing a lot more R5 cars from other brands competing in the US now and anywhere where there’s R5 cars rallying, Hyundai wants to be there and we want to be challenging for podiums and wins of course,” he said.

“I am confident this won’t go unnoticed from Hyundai America either but this gives us something to shout about in Europe too. Even though the rally is in America, it is [with] a good customer team of ours, PCRS, with a European crew, so there’s plenty that we can shout about there and the Olympus Rally has a great amount of kudos as a former World Rally Championship rally.

“We’ve all been very happy with how Josh and Keaton have conducted themselves, particularly in Monza last year,” Johns added.

“They integrated themselves fantastically into a foreign team with a group of guys they’d never met before the rally and they built the team around them.

“That did not go unnoticed so if they can replicate that performance in and out of the car and use that as a baseline for 2021 then they will be in for a really, really good season no matter where they rally.”

Devine and co-driver James Fulton’s plans beyond the Olympus Rally are unconfirmed. But by driving a Ford, Devine returns to the car he pedaled in the 2019 Irish Tarmac Championship after a year in an i20 R5 last year as part of Hyundai’s junior driver program. 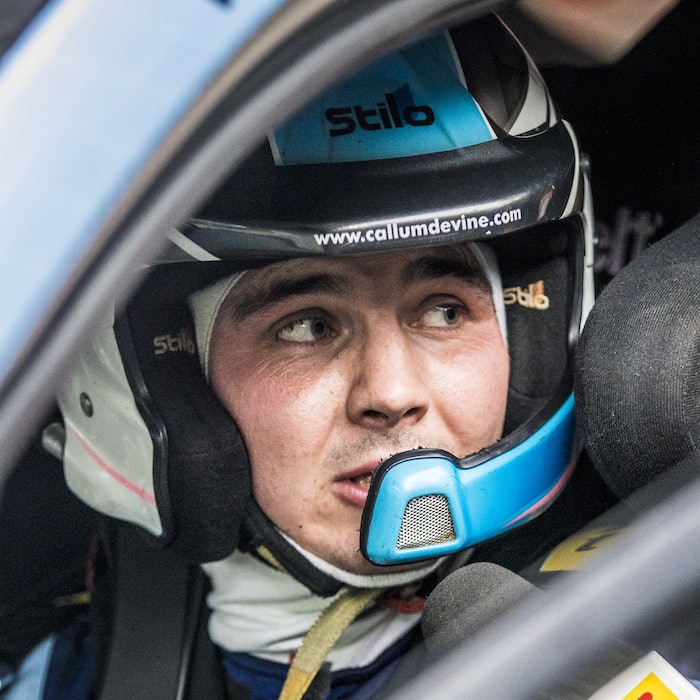 “It’s all thanks to the Motorsport Ireland Rally Academy, which is looking to develop us as drivers at a world level and now they’re expanding it as far as they can and we’ve reached America!

“The US has a rich history for Irish drivers,” he continued. “There’s a lot of drivers competing there from Ireland and it’s been that way for years, so it’s great for us to get an opportunity to go out.”

Devine is also relishing the prospect of working with 2020 ARA National Champion McKenna: “James, my navigator, worked with Barry and sat with him in México. I met [him] when he was over at the West Cork Rally a few years ago and he’s a sound fella,” Devine said.

“From what I gather he runs a really good team, the facilities they have are fantastic, so he and a lot of other guys are bringing the American championship on and they’re doing it as professionally as they can.

“To be working with them for this event and to be part of it is a great opportunity, to be honest.”

Motorsport Ireland Rally Academy co-ordinator Sean McHugh feels the “ARA is a very strong championship to send our drivers to” but warned against expecting too much from McErlean and Devine given the strength of their opposition.

“I would expect those guys would have the edge because of their familiarity with the ground and the terrain, but I am hoping our guys will hold their own. I would hope that over the weekend they will build the pace and ultimately be on the pace but the priority is experience.”