Barry McKenna and Leon Jordan have pulled their entry for the opening round of the 2022 American Rally Association presented by DirtFish National championship due to work commitments.

McKenna, the 2020 ARA National champion, had been entered for the Sno*Drift Rally in his Ford Fiesta WRC but won’t be making the trip to Michigan this year after all.

McKenna hasn’t competed since the New England Forest Rally last July, having to also pull his entry for the Ojibwe Forests Rally because of work commitments and then missing the following two ARA rounds as his championship chances were over.

Co-driver Jordan told DirtFish: “Unfortunately it is true we are very busy with work and a bunch of new projects so had to reconsider going. But we will be back for 100 Acre Wood [next month].”

The absence of McKenna and Jordan leaves Brandon Semenuk and co-driver Keaton Williams as clear favorites for victory this weekend. 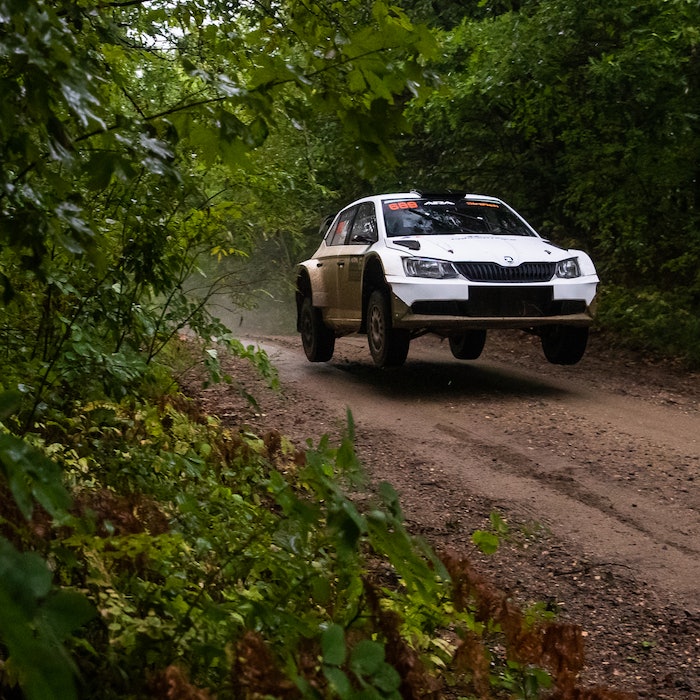 The rising stars of the ARA

With no Pastrana or McKenna at Sno*Drift, it's the ideal moment for an up-and-comer to make their mark. We look at the potential contenders for ARA's next big thing:

Semenuk’s entry for Subaru Motorsports USA – alongside World Rally Championship co-driver Williams for the first time – was only confirmed on Monday.

Reigning ARA champions and team-mates Travis Pastrana and Rhianon Gelsomino are skipping round one because Pastrana isn’t fit enough to compete after breaking his pelvis in a BASE jumping accident last month.

Ken Block and Alex Gelsomino will also return to ARA action on round two, the 100 Acre Wood Rally. They are currently competing on the East African Safari Classic Rally for Tuthill Porsche.

How less experience could mean more for Veloce in 2022