It has not been Travis Pastrana’s year.

Well, maybe it has. Pastrana has been pretty involved in just about anything with a motor this year. Goodwood, Nitro Rallycross, ARA, powerboats, stunt video shoots, and now top fuel drag cars. It’s probably hard for a professional adrenaline junkie to be having a worse year entertainment wise.

But when you zoom in on his rallying, Pastrana has had a rough go this year to say the least.

By this point last year, Pastrana had sealed the American Rally Association Presented by DirtFish National Championship. This year Pastrana has yet to even win an event.

While not elated about his own performance this year, Pastrana spoke with DirtFish after a second-place finish at the Susquehannock Trail Performance Rally last weekend, a rally he has professed to be his least favorite, and worst performing rally in the past.

“STPR,” he said, “another year goes by and another missed opportunity of just not getting to win here.”

“Ken definitely was the class of the field, Brandon just started out super strong first day. They were driving hard. I wasn’t, but I needed to be for the championship, on that first day yesterday, but we really made some good changes.

“The team worked really hard to get Brandon’s car back. Brandon and I both thought we nailed it. We had the stage kind of memorized, that was our fourth time through it, well fourth time for us, second time for Brandon. It was really, really disappointing to fall so short on the powerstage. 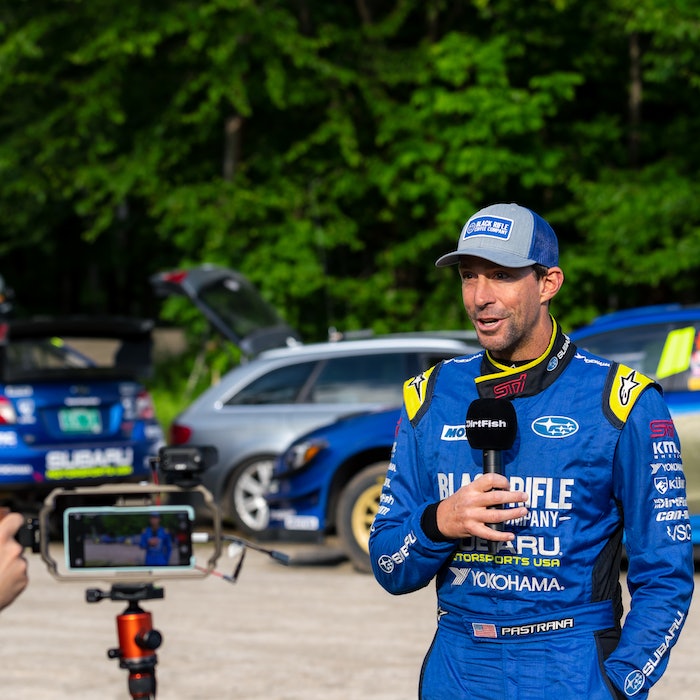 Brandon has kind of become the number one driver, as far as the most likely [to] get the championship and that's hard to take as well Travis Pastrama

“Subaru has been the class of the field for a long time and, not to take anything from Ken, he’s a phenomenal driver, and he’s been spot-on, but I don’t know if Sébastien Loeb could have driven that stage six seconds quicker with [our car].”

Pastrana later added: “I don’t think I’ve been in a championship since maybe 2003 where I haven’t won at least one [event], that would be a huge disappointment for me to not come out of here with a win.

“The big switch starting at the beginning of season is that Brandon has kind of become the number one driver, you know, as far as the most likely [to] get the championship and that’s hard to take as well.

“I’ve definitely been around for a while, fought Ken in a lot of championships and he’s never got the best of me in a championship, and I definitely was hoping that this wouldn’t be the first.”

Pastrana isn’t just a competitor though. He’s still, at heart, a fan of rallying. Watching other competitors, reaching out to give credit where it’s due, and generally embodying the fun-loving spirit of American rallying every round.

While he wants to be the one taking the title, he’s also just as excited to see that battle for the championship play out as it has.

“It’s been a hard-fought season, it’s been Brandon and I driving pretty much 11 tenths all year trying to do whatever we can, basically to catch Ken.

“Ken had some bad luck that kind of kept us both in it for a little bit, but we ended up crashing out of the last round trying to keep my one second lead, and Brandon crashed out of this rally at the very beginning.

“It’s basically been Ken picking up the pace figuring out that car, and us trying to find anything that we could.

“We’ve got so much more aero and [done] different things to take the weight out of the corners of the car to make it handle better.

“And we’re probably a good quarter second faster with this car than we were last year, and that’s a huge testament to the Subaru team, and just coming out here and trying to do the best we can to be as competitive as possible.”

So, with one round left to go at LSPR, what’s Pastrana’s plan?

“We’re still going to go for it and see what happens.”