In all forms of motorsport, tire choice is essential, and rallying is no different. Competitors were faced with this reality at the 2020 American Rally Association season opener last month.

The Sno*Drift Rally in Atlanta, Michigan is infamous for its rule stating that drivers are not allowed the use of studded tires for the rally, despite the snowy, icy, or slushy conditions of the stages every year. Drivers are forced to make do with less than ideal options that make team strategy, driver skill, and even luck a significant factor for the competition.

This year, Sno*Drift was no different, and the tires were an important factor for all teams as drivers tried to find the best combination to get grip.

As far as options go, there were a couple of popular choices among teams. The tire that seemed like the best choice for the weekend was the Yokohama A034, a dedicated rally tire that is thin with wide spacing between tread blocks, which allowing snow and water to clear out easily.

This tread pattern makes the A034 great for softer, more freshly covered road surfaces and slushy conditions, but these tend to lose grip as the snow on the road gets more packed down or turn to ice due to the limited amount of contact with solid surfaces.

Bridgestone’s Blizzak line of tires was also a reasonable choice for drivers. Although they’re basically just a road-going snow tire you could find on any daily driver, the Blizzaks and other similar tires will provide decent grip in a little bit of fresh snow, but for rally, will typically be used more in icy conditions due to having more surface contact with the road.

Beyond choosing the tires, teams can also modify them in several ways to help give them an edge over the competition. One such way is tractionization.

Tractionization is a process by which a regular snow tire, such as the Blizzaks, is mounted to the car and driven onto a machine with small spikes on rollers that the tires sit on. After getting the wheel speed up to about 20mph, the tread on the tires will be broken down slightly, but will have a bigger footprint and more gripping power.

“You kind of poke little needle holes in the tires, to make sure that there’s more surface area touching the ground,” said John Coyne’s co-driver, Ryan Dunham, summarizing the process.

The tractionization process is helpful in situations such as icy roads, or snowy roads if the snow has been packed down already, but the tiny treads created by the process can get clogged easily if snow makes its way in, causing the tires to lose grip.

This process can also be aided by “siping,” or cutting the tread blocks in different ways to help increase traction. 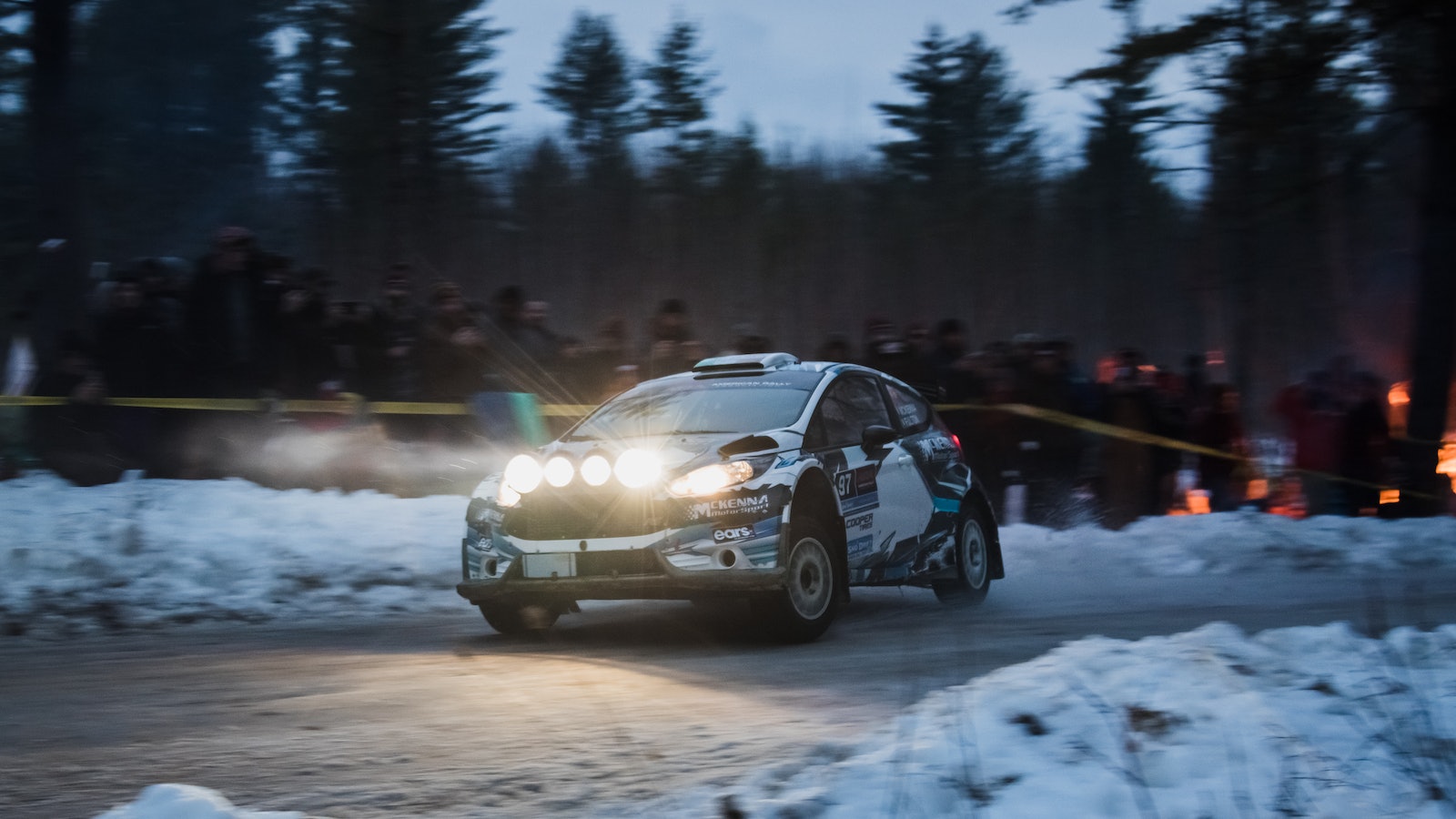 Some of the dominant competitors of the weekend explored a few different combinations of these options.

Sno*Drift winner, Barry McKenna started the rally using tractionized Blizzak tires expecting the conditions to be much slicker than they were, but changed his tactics after experiencing the conditions during the first night of racing.

“[The conditions feel] very slippy, I haven’t checked any times with Piotr [Fetela], but he’s on the snow tires, I’m on the ice tires,” said McKenna after the third stage, “we’ll probably end up going to snow tires [tomorrow].”

Competitor Blake Lind shared the same sentiment that evening, saying, “I think I would’ve run the A034 snow tires tonight if I had to go back in time and do it all over again instead of the tractionized Blizzaks.”

Ironically, the next morning while McKenna and Lind had switched to the A034 snow tires, Fetela had changed to a set tractionized Blizzaks like the other two had used the previous night. Fetela did, however, change back to A034’s at the next service following stage nine.

Mckenna’s co-driver, James Patrick Fulton, confirmed on Saturday that swapping to the A034 was the right choice.

“The surface is not as polished today, these ones are working better, so we’re happy enough,” Fulton told DirtFish.

Overall, although tire choice is important for teams in all rally competitions, the restrictive rules and unpredictable conditions of the Sno*Drift Rally make the choice even more difficult for teams, and a driver’s skill that much more important.

If you want to learn more about the tires used in the Sno*Drift Rally this year, or if you want to see some of the action from the intense rally, watch the video below!