Of all the American Rally Association rallies in 2020, the Southern Ohio Forest Rally was without a doubt the craziest and most unpredictable of them all.

SOFR’s inaugural year as a National round of the ARA would be described by Ken Block as “one of the weirdest races I’ve ever been involved in.”

The first and most obvious thing that set SOFR 2020 apart was that it actually happened. After multiple other rallies in and outside of the ARA had been canceled, SOFR would be the first to take part while complying with COVID-19 restrictions.

This meant social distancing, a limited area available to the rally organizers, a shortened schedule, and most unfortunately, no spectators. 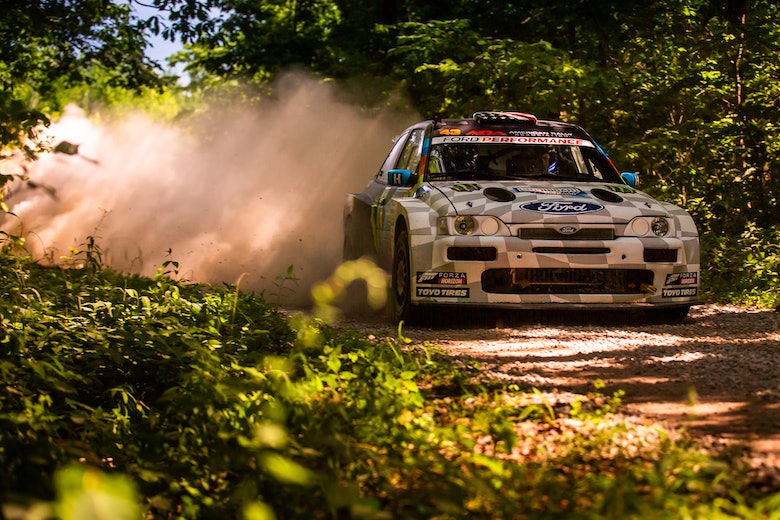 What you need to know about SOFR

With limited space, organizers decided to run the now one-day event as a night rally, an homage to the Sunsetter Rally that ran in the region for many years, and cars wouldn’t leave service for the first time until around 7pm.

SOFR would also play host for up-and-comer Brandon Semenuk’s first race with Subaru Motorsports USA. Semenuk had been set to debut at 100 Acre Wood earlier in the year, but the event was canceled last minute.

“I was pretty excited to start racing at Subaru Motorsports USA this year,” he said after recce, “[it is] a bit of anti-climactic start with the pandemic, but we just waited patiently and we’re finally here for our first event.”

Semenuk also added, in an odd case of foreshadowing: “[I’m thinking about] how hard to push and where to push, cause there’s a lot of ‘gotchas’ out there.”

Another debut at SOFR last year was Barry McKenna’s Škoda Fabia R5+ in the US. McKenna had competed on Rally México in the WRC earlier in the year with the Škoda, but after a fuel pump issue, McKenna was ready to prove the Škoda in the ARA for the first time.

Other notable entries included Block making a one-round ARA stop on his Cossie World Tour, and Travis Pastrana, also embarking on his first event of the season after Subaru Motorsports USA did not enter Sno*Drift earlier in the year.

With recce done and teams ready to embark for SS1 the skies opened up, and rain poured down just enough to get the stages wet and cause a lot of uncertainty about how the stages would wear overtime. How much would they be able to dry out as the night went on?

But as the sun started to set, cars took to the stages regardless. After SS1 McKenna led over Pastrana by about 19 seconds – proving the little Škoda to be quite the contender – but the top five were separated by under 40 seconds, so there wasn’t room for celebration yet.

The night’s biggest story would come on SS2, when while cresting a hill, Pastrana would lose power and a fire would spark somewhere in the front of the car.

After getting out and trying to extinguish the flames, it quickly became clear that the fire would be too much to put out with extinguishers, and the stage had to be red crossed.

Though Pastrana and co-driver Chrissie Beavis were unharmed, Pastrana’s car would continue burning for hours. Even as the rally continued drivers reported the car was still at least smoldering as they passed it on the subsequent loops.

By the time drivers came in for service it was dark, and the next loop had been delayed due to the fire. The setting sun should have cooled the air down enough, but the humid Ohio Valley proved to be unrelenting on both man and machine.

Many competitors’ cars were overheating on the steep climbs, and inside the cars many competitors began to show signs of heat stroke.

As night wore on the cooling temperatures caused a fog to roll in making for limited visibility. Combining this with the constant elevation changes and tight turns, many teams began to experience motion sickness as well.

Sometime around 2am, the cars departed service for the last time and embarked on their last two stages. Heading into this final loop, McKenna sat first, 1m54.6s ahead of Block,  1m57.2s over Semenuk, and 2m50.5s in hand over Joseph Burke. It wasn’t close, but with fatigue, fog, changing stage conditions, and endless unknowns, it still seemed like McKenna had his work cut out for himself.

Come SS5 Semenuk passed Block, while McKenna still managed to open up another 25 seconds on the both of them. Burke had a puncture and decided to retire from the event with just one stage to go.

And the drama wasn’t done. With just a few turns left on the final stage, McKenna spotted what he described as a large concrete block in the middle of the road.

“Drama in the last stage, as usual,” he said.

“We were the first car on the road so it was a bit peculiar how the piece of concrete was still there after the sweep [car] went through and the zero car went through. We had to hit the ditch to avoid it and we ended up breaking the rose joint.”

While Block was able to avoid the obstruction in the road, Semenuk was also thrown off by the obstacle.

“I was already kinda sideways so I tried to avoid it by just letting the car go out wide into the ditch, and I ended up hitting another cement culvert that was hidden in the ditch,” he said. “That’s rally for you though.”

The last-minute drama meant it was unclear if McKenna would stay in the lead as the car had to be repaired before heading back to final check-in, and arriving late could result in a penalty. 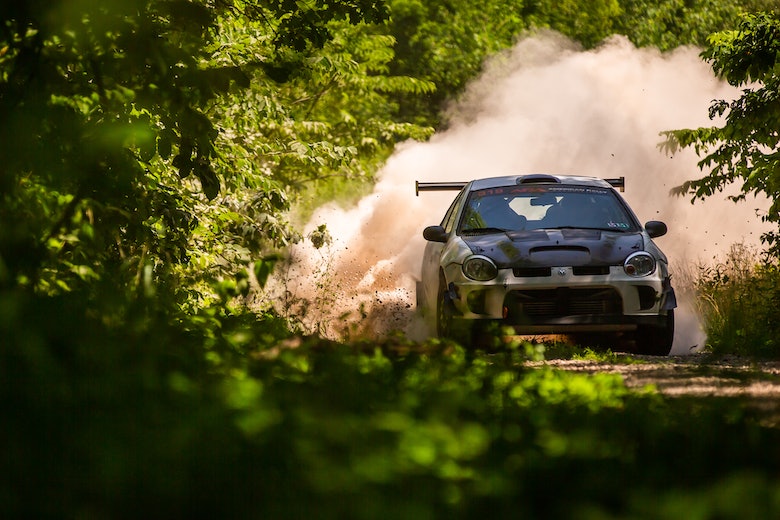 Luckily for the Irishman, the repair was quick and the Fabia pulled in just a few minutes after Block.

McKenna was able to not only pull off his second win of the season, but also began to cement his place at the top of the overall championship in what would become a title-winning season.

The longest night of racing finally drew to a close at 5:30am, when cars were released from the impound.

Who to watch on ARA’s Southern Ohio Forest Rally