Travis Pastrana will be co-driven by Rhianon Gelsomino when the American Rally Association National series resumes at the Ojibwe Forests Rally later this month.

The switch comes as Pastrana’s regular navigator, Robbie Durant, remains in the UK unable to travel due to the restrictions imposed as a result of the coronavirus pandemic.

During his first appearance of the 2020 ARA season at the Southern Ohio Forest Rally last month Pastrana sat alongside his former co-driver Chrissie Beavis who returned as a last minute replacement for Durant. Gelsomino meanwhile competed alongside privateer entrant Joseph Burke.

“Obviously with the current COVID-19 pandemic it is not possible for Travis’ regular co-driver Robbie Durant to come to the USA,” Gelsomino told DirtFish. “We chatted prior to Ohio, however I was already booked for that event by Joseph Burke.

“The Monday after we had both competed at Southern Ohio Forest Rally, Travis contacted me to see if I was available for Ojibwe. This time I wasn’t already booked and we were able to make a deal happen for the event.”

Gelsomino is no stranger to co-driving with big names in rallying. She has previously sat alongside Ryan Millen, Emma Gilmour, and Molly Taylor, as well as DirtFish’s own Sam Albert and James Rimmer.

Ojibwe will mark the first time she has worked with Pastrana but not the first time she’s been with Subaru, having co-driven Bucky Lasek in 2016 where the duo finished third in class at the New England Forest Rally.

“To work with a Subaru Motorsports USA and a household name like Travis Pastrana is a fantastic opportunity for me at this point in my career,” she said.

“I have rallied all over the world for many years and worked with many great drivers, including my brother Brendan Reeves, but I have never worked with a driver who has a profile like Travis.

“In Australia, Travis is extremely popular, so my friends and family at home are very excited. I have worked with Subaru Motorsports USA also in 2016 when I co-drove for Bucky Lasek at the NEFR.”

Gelsomino also stepped in at Subaru during pre-season testing earlier this year, working alongside its new ARA signing Brandon Semenuk.

“It was a fantastic two days and I am happy Brandon gave me that opportunity, as I believe it will set me up well for the Ojibwe event.

“It also means I have had the chance to work with the team already this year and that makes it all feel very comfortable.” 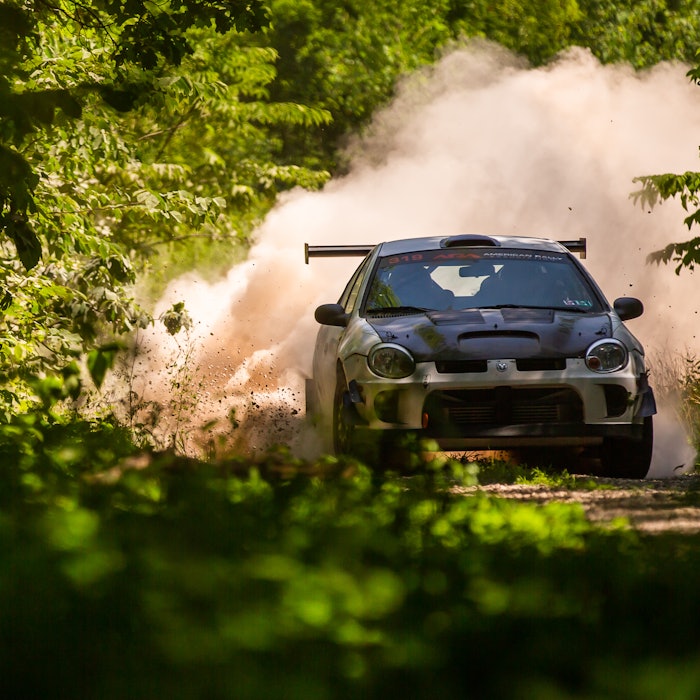 ARA's return to action at SOFR was unlike anything we'd seen before in US rallying.

Pastrana will be hoping that the partnership with Gelsomino will bring him some much-needed luck.

“It’s extremely important for Travis and I to win the event and keep him in the hunt for the National championship.

“We are both professionals at what we do and know that this will be a difficult task, having never worked together.

“But with hard work prior to the event, we both know what we are capable of. Testing with the team in February means I have spent time around 200km in the open class Subaru STI and I know its capabilities and the speeds we will be traveling at.

“I think that test and the test I will do with Travis prior to the rally, will both aid me in adjusting to the car every quickly.”