The American Rally Association presented by DirtFish National series is proving something of a hotbed for competition right now, and not just for the homegrown heroes.

Travis Pastrana, Ken Block, Barry McKenna and Brandon Semenuk are providing an electric scrap for victory on each round of the series this year, but what’s been pleasing for championship officials is the interest the ARA is garnering from foreign crews.

Josh McErlean, Callum Devine and Marty McCormack are all well-established drivers in their native UK and Ireland as well as Europe to have sampled their first taste of American rallying in 2021, and now Tom Williams – godson of 2001 World Rally Champion Richard Burns and former Junior WRC competitor – fancies a piece of the action.

This season is all about learning four-wheel-drive rallying and a new pacenote system for Williams, and he views this weekend’s Ojibwe Forests Rally as the perfect place to further that education.

“We were always thinking we were going to be doing something in America at the end of the year but never knew what,” Williams told DirtFish.

“We went out to New England just to understand it all, see the whole situation and meet everybody because we were just getting more and more inclined to do a rally, maybe the final round Oregon Trail or Lake Superior [Performance Rally].

“But then I spoke to some more people and they were saying Ojibwe Forests Rally is quite similar to GB, a lot more technical and better for an R5 car rather than the flat-out events where being in the Open cars with a two-liter, 36mm restrictor car is lethal.

“It’s all very last minute because New England was only a few weeks ago so we’ve been trying to work it all out,” Williams added.

“It’s a great event, 120 miles, full recce so we thought we’d get out on one and we might do more depending on how we get on talking to people.

“It’s like a mini Finland where it’s narrow, fast and lots of crests and it’s quite a sandy surface as it goes between lots of lakes back and forth so it’s the same kind of setting as Finland, so that’s pretty cool. It’s just a lot narrower.”

Williams will compete with the McKenna Motorsport team in a Ford Fiesta Rally2 this weekend. It’ll be his fourth event of the year following a WRC3 appearance on the Monte Carlo Rally, an appearance on the M-Sport Stages and then on the third round of the British Rally Championship – the Grampian Forest Rally – just over a week ago.

However on Ojibwe, Williams will be partnered with his fourth different co-driver too – a situation he accepts is far from “ideal.” But having forged an encouraging relationship with Josh Davison on the Grampian, Williams will compete with Josh’s partner Hannah in America because of travel restrictions from the UK. 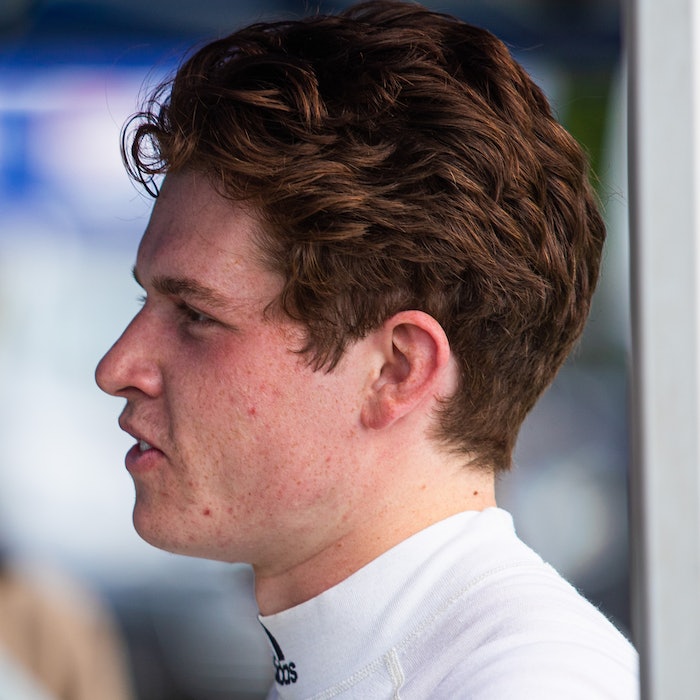 Of course, it hasn't been ideal changing co-drivers all the time and completely starting from scratch on my notes Tom Williams

“I definitely can’t say COVID has made it easy for us to have an ideal plan!” Williams said.

“Of course, it hasn’t been ideal changing co-drivers all the time and completely starting from scratch on my notes. I’ll definitely be using Josh again, it’s just unfortunate with travel issues getting into America that he can’t make it.

“I’ll be with his partner Hannah instead, who’s also a [Motorsport UK] Academy co-driver, and Hannah was with me when we were making the notes with Josh on the Grampian so that’s why the transition will be quite ideal.”

But why has Williams chosen America, and the Ojibwe Forests Rally, as his next destination to rally? 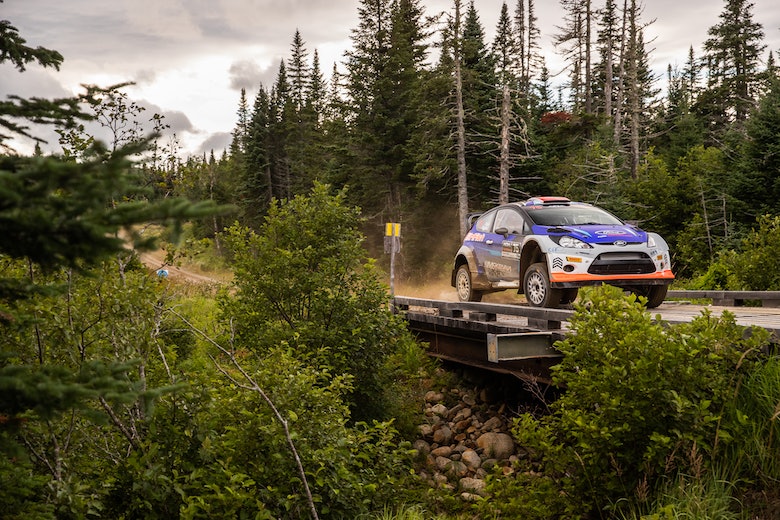 “I always knew the competition was good out there [in America] with the top guys [but] of course, it’s not as easy to see what all the other cars are up to,” Williams said.

“When I got out there the difference was the atmosphere and the organizers. It was very welcoming, everyone wanted you to be there and you can feel there’s a great buzz for the rallies in America at the moment.

“You don’t have a parc ferme overnight either so there was a less experienced driver who was repairing a wheel bearing on the final service for the whole night there and the McKenna guys were helping him out, that was cool to see.

“And all the media as well; the brochures, the way they name the stages it’s great to go and watch it,” he added.

“We went out and spectated and there were hundreds, maybe even thousands, of people going out to watch, which puts a real social angle on the rallying scene. American sports really know how to put on a show, sell tickets and just get the whole event going. It’s very enjoyable rallying out there.

“We are using some of our contacts that are out in America that could help support with a program as I am struggling to pull anything together in the UK or Europe at the moment. Having seen it from the outside last month, I can’t wait to experience American rallying behind the wheel in Ojibwe.”

Williams will wade into battle with other RC2 crews with Rally2 crews, including Ryan Booth – who missed New England Forest Rally – and John Coyne who will both also compete with McKenna Motorsport.

What Neuville’s latest win proved to the FIA’s Matton