Based out of Otepää on July 24/25, Europe’s first high-profile gravel action since lockdown will be known as Rally DirtFish, following an agreement for the Seattle-based media firm to back its first event outside of the United States.

The Estonian Autosport Union (EAU) announced its decision to run a COVID-aware event earlier this month. As well as demonstrating its ability to run under the changed circumstances, the event also targeted attracting some of the WRC’s leading drivers and co-drivers.

In Tänak and co-driver Martin Järveoja, the EAU has landed the support of the two biggest names in rallying right now.

As well as supporting the Estonian world champions, it’s the attention to detail from the EAU that convinced DirtFish to put its name and brand to the event.

DirtFish owner Steve Rimmer said: “Coronavirus has affected – and continues to affect – so many people all around the world. When we first talked about getting involved in this event, we had to be absolutely sure the focus was on COVID awareness and keeping everyone safe; we know the Estonian Autosport Union can run rallies, but dealing with the virus is something new to us all.

“This is an opportunity for DirtFish to get involved with an event putting itself at the forefront of the sport’s way forward in the post-coronavirus era. The level of planning and attention to detail from the event organizers is all-encompassing. Every aspect of the sporting procedure has been closely inspected, questioned, debated and modified to work in the evolving society that we all live in now.

“But as well as that, Rally DirtFish is about putting smiles back on the faces of rallying fans. Naturally, the number of live spectators is going to be limited, but the wider world of rallying shouldn’t worry, we have plans to bring racing to the rest of the world. These plans will be announced in the coming weeks.” 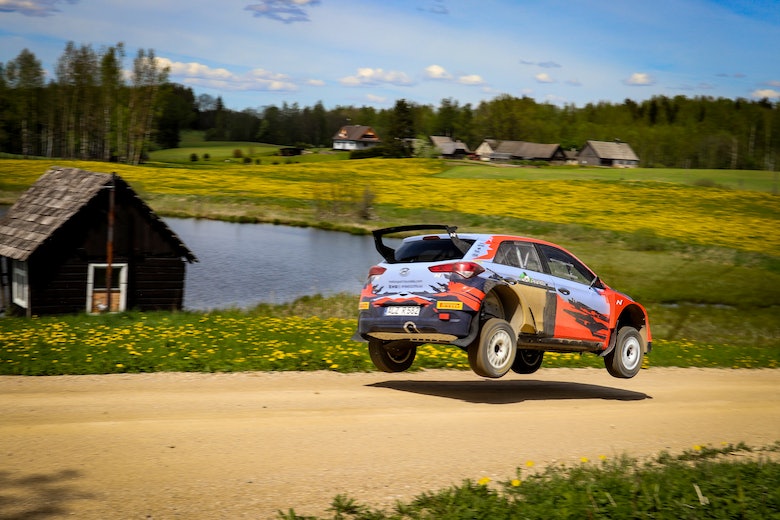 Having recently returned to a rally car for the first time since placing his Hyundai i20 Coupe WRC second on March’s Rally México, Tänak is only too happy to get behind Rally DirtFish.

“The last few months have been incredible strange,” said Tänak, “all around the world we saw such big changes in the way we do everything. It’s been something new to sit at home for that long time, a great chance to really get to know my family – but now it’s time to plan the way back to work.

“For the WRC, we wait to find out where we will go next, but to have this opportunity to make a rally in Estonia is great and very important at the same time. We have amazing support for the sport here and, of course, I will help however I can with Rally DirtFish.

“We have a very dedicated team to run this event and they will work hard to bring back the excitement to our fans’ everyday lives.”

Having completed his second day of testing in a Hyundai i20 R5 in a week, the obvious question for Tänak is whether he will take one of the cars from his own RedGrey team to the Otepää event planned for July (with a back-up date of August 7/8)?

“One thing is sure: I will definitely be there,” said Tänak. “And, hopefully, I can find something interesting to drive.”