They told me Rome at the height of summer was unbearably hot – it wasn’t.  But Turin, well that’s a different matter altogether.  Heat and humidity are a killer combination and we have more than enough of both here in the heart of the Piedmont region.

But honestly I’m not complaining, I leave that to my friend and colleague Mr Evans who, unlike me, has a serious aversion to the hot stuff.  I can tell you now because I’m pretty sure he won’t read my diary, but David’s problem is not so much the heat but more his complete inability to dress appropriately for it.

His lovely lamb’s wool sweater won’t come off unless the mercury tops 33 degrees, which it did yesterday.  I’m really not sure whether he owns a T-shirt or not but I don’t think I’ve ever seen him wearing one.  And as for shorts, well they are only ever worn, I’m told, on the very rare occasion these days that he ventures out onto the rugby pitch.

He’s a man who has pretty high sartorial standards that seem to override the need for practicality.  Good for him for sticking to his principles, but boy, did he suffer yesterday.

We started the day by heading for breakfast with Adamo. And I’m not being rude by referring to the Hyundai team principal as Adamo, that’s how they do things around here. Evans was in tow, beautifully pressed chinos and a long sleeved cotton shirt with a crisp white undershirt underneath maintained the standards he’d set in the first part of the week.

I on the other hand was melting in shorts and a T-shirt.  It was 10 o’clock in the morning, the city was already sweltering with barely a breath of wind and almost 100% humidity. But not to worry, breakfast with Adamo was something to look forward to. A rare glimpse into the life a man who has taken the rally world by storm in the past eighteen months. I actually skipped breakfast at the hotel in anticipation of a feast of Italian delicacies at Adamo’s place.

Turns out I really didn’t understand much about what an Italian breakfast entailed. Breakfast was two cups of Italian coffee and that was it. No pastries, no eggs and definitely no porridge. But my goodness, the coffee was good, made with all the care and attention you’d expect from a man who sets the highest standards in everything he does.  And I really couldn’t complain, there would be plenty of time to eat later. We were there to talk and boy did we talk. Well, Adamo talked, and we listened.

His home in Italy tells you all you need to know about the man. It’s rammed full of motorsport annuals, biographies and memorabilia. Adamo is a voracious reader and has an almost scholarly obsession with all things rallying. His recollection of facts from rallies going all the way back to the early 1970s has to be experienced to be believed.

And then there is his home workshop. No, he’s not building cars in his back room in the heart of Turin, well not the sort you’re thinking off anyway. It’s his escape room, where he can go to recharge the batteries and forget for the odd hour or two about running one of the biggest motorsport operations in the world.  So what is he building?

It’s an impressively messy but well furnished set up. Clamps, airbrushes, compressors and all sorts of other tools of the trade strewn slightly haphazardly around what is best described as a man cave. But what emerges from this seemingly chaotic environment are objects of beauty.

Rally cars that are so authentic with such attention to detail that you’d be forgiven for not believing they could possibly be hand crafted. Even the pigment for the airbrushed gravel and mud is meticulously researched to get exactly the right shade for the rally that that particular car ran on.  It’s genuinely astonishing. But tells you a lot about the man.

Keep an eye on DirtFish in the coming days for a video from our breakfast with Adamo. 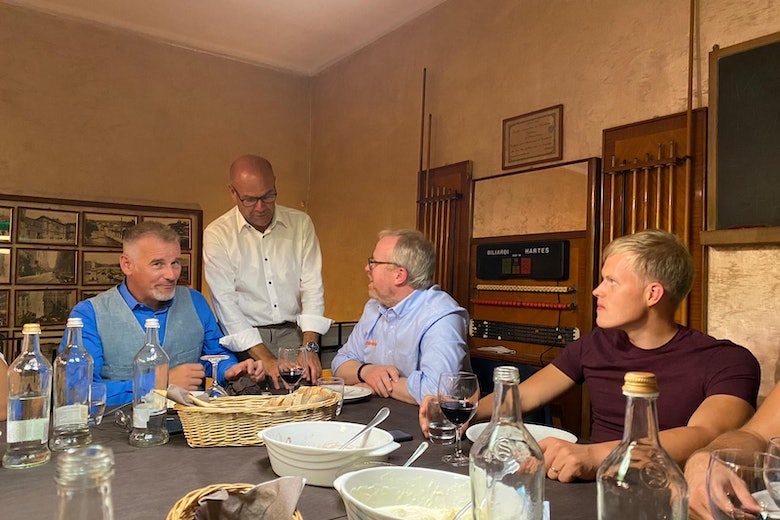 DirtFish’s Italy diary: Another quite brilliant day in Italy 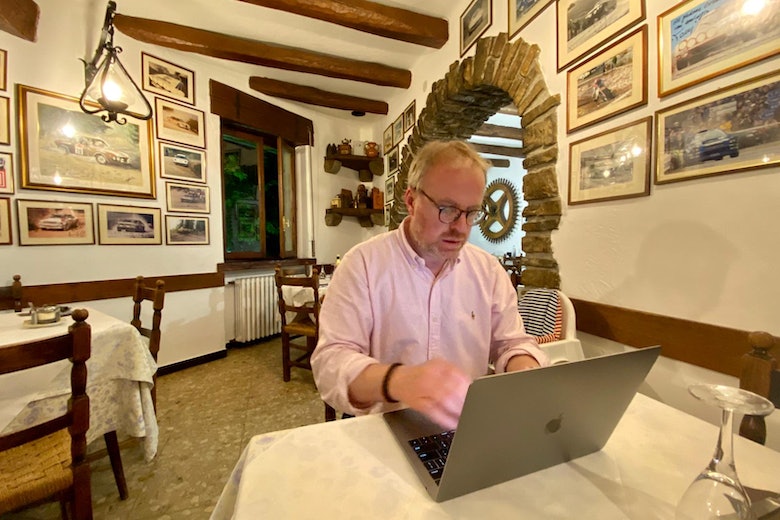 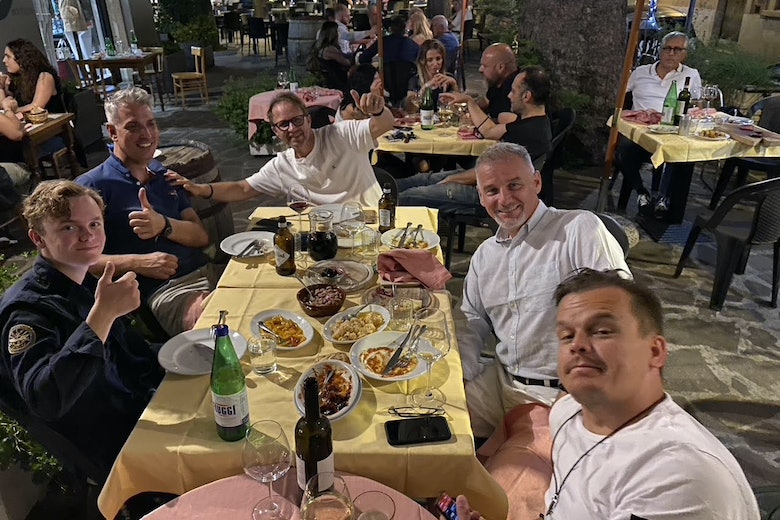 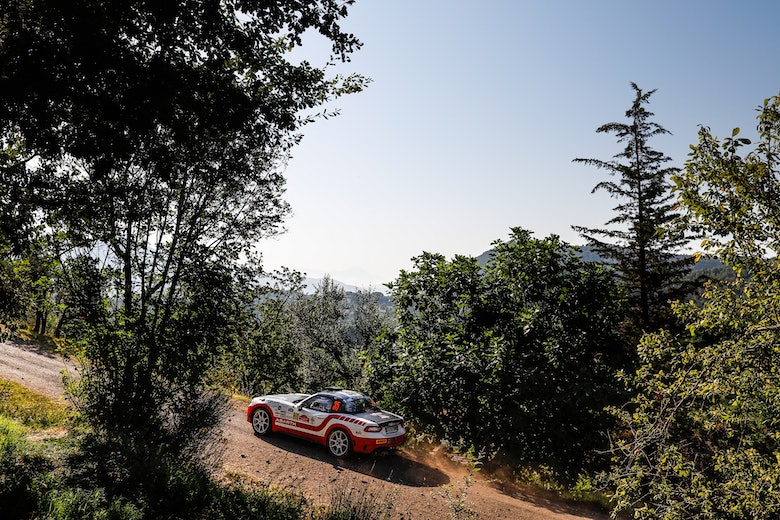 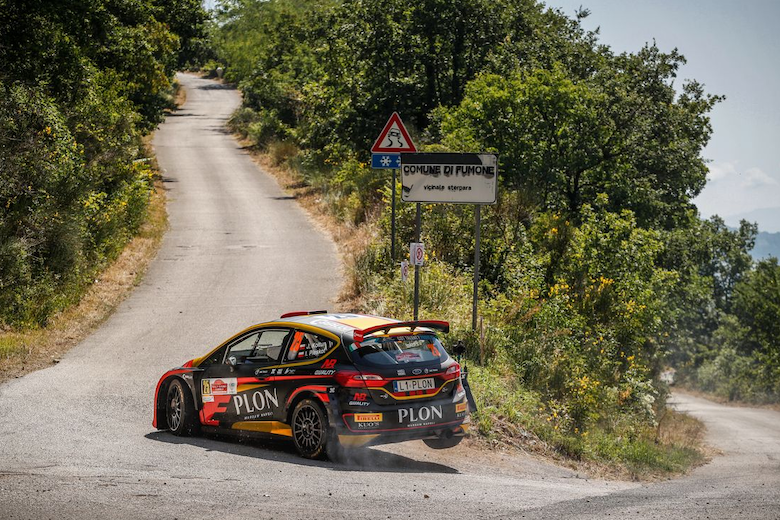 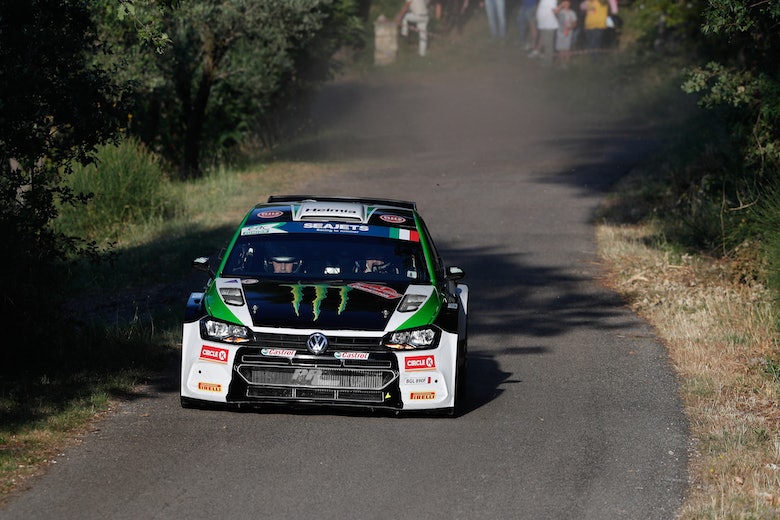 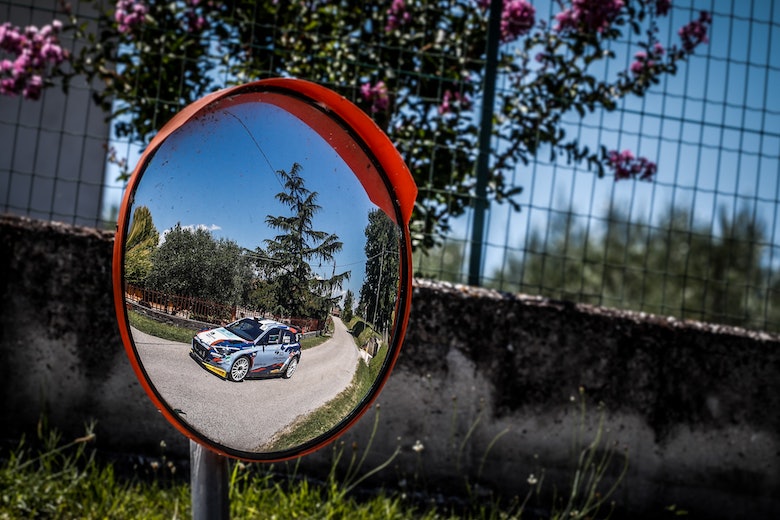